The histories of three Pennsylvania companies in the construction industry are intertwined and the relationships continue to grow. They are Stephenson Equipment Inc. (SEI), H&K Group Inc. (H&K) and Rogers Brothers Corporation.

The story begins with Stephenson Equipment Inc., which was founded in 1957 in Harrisburg, Pa. The company specializes in serving the crane and heavy lifting industries and the construction, paving and road repair and maintenance markets in the Pennsylvania and New York State areas.

According to Jeff Tulish, company vice president, there are currently six locations in Pennsylvania and two in New York.

He explained that in 2009, SEI purchased C.C. & F.F. Keesler Inc., which was located at the present address in Prospect Park, Pa. Keesler was one of the first trailer dealers for Rogers Brothers Corporation, starting in 1926. Today, SEI remains the largest Rogers dealer in the country.

"The key to Keesler's and now SEI's success with the Rogers product rest solely on the shoulders of our trailer sales manager, John Conner," Tulish said. "Recognized by the industry as a master of his craft, John's expertise in the trailer and equipment sales sector has reached a legendary status. A 42-year veteran, John has been working out of the Prospect Park location since 1978 and is responsible for handling all things trailer in SEI's AOR [area of responsibility]."

He noted that H&K has been purchasing Rogers trailers for approximately 50 years, and currently has more than 20 of its trailers on the road today. 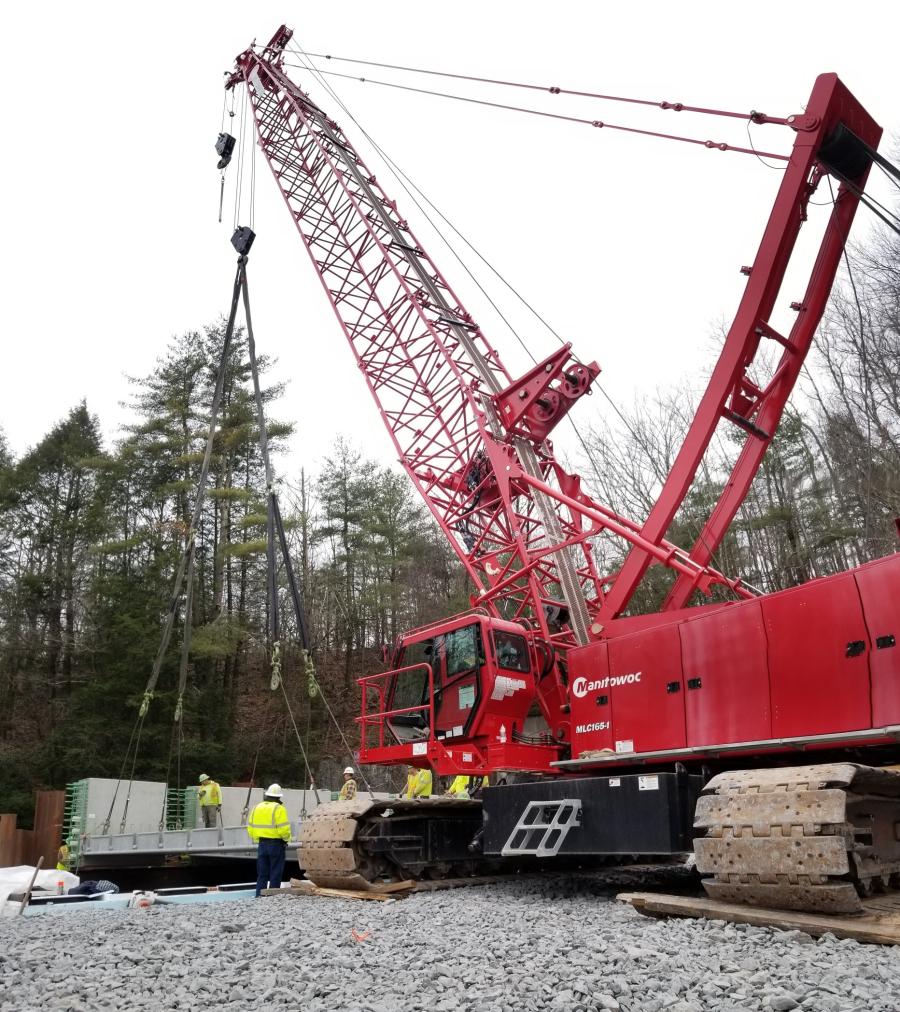 "SEI has a long-standing relationship with H&K," Tulish said. "We are truly grateful for their patronage and look forward to continually offering equipment solutions for many years to come."

H&K was founded by John B. Haines IV and John R. "Jack" Kibblehouse in 1968 and began as a small excavation company based in Skippack, Pa., with a handful of dedicated employees.

Tony Jeremias, public relations director of H&K, explained that today, this multi-generational family-owned corporation is still based in Skippack, but now provides heavy civil contracting and construction services, construction and building materials, and associated ancillary services through more than 80 operations in three states, including eastern Pennsylvania, New Jersey and Delaware.

"In 2021, H&K will enter its 53rd year of continuous business operations and presently employ a dedicated workforce of nearly 1,800," Jeremias said.

Dan Alderfer has been H&K's fleet superintendent since 1987. He explained that he has been personally dealing with Stephenson for approximately 15 years.

The three new trailers purchased from SEI make a total of six recent ones for H&K. Three 60-ton trailers were purchased in 2018.

"Three new trailers were ordered in 2019, and the expected delivery was impacted by COVID," Alderfer said. "Previously, we used 50-ton trailers, but newer, bigger and heavier equipment is requiring larger, more robust trailers."

"We currently have 21 Rogers trailers in our fleet, plus we just purchased a 20-ton tagalong," Alderfer said. "I would absolutely recommend SEI. They take very good care of us. We have had warranty claims through the years, but they have been handled right up front and in a very timely manner."

"It is mostly utilized for quarry work but now used everywhere at H&K," he said. "We are working another crane truck now with Stephenson — a National 690E2 crane on a triaxle granite Mack model GR634B [axle back triaxle Mack chassis]." 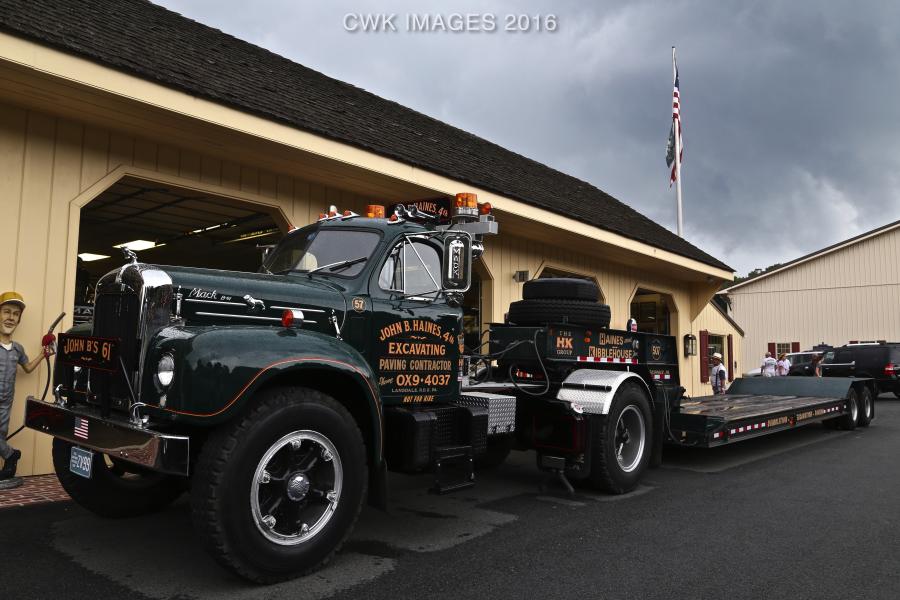 Alderfer stated that SEI's salesman, John Conner, is "the absolute best. You can call any time day or night and John responds," he said. "His nickname at H&K is ‘Mr. Rogers.' He is a wealth of information for us. Jeff Tulish has also been great to work with and always works directly with us. We also use them to certify our cranes and for road service on our cranes, primarily dealing with the Prospect Park location."

"We are celebrating our 115th year in business in 2020 and have been located in Albion, Pa. [approximately 25 miles southwest of Erie] since our founding in 1905" he said. "Rogers is one of the premier and most widely respected manufacturers of heavy-duty lowboy and tag-along trailers in the United States."

He noted that although Rogers is small (averaging 40 to 60 employees in recent years) compared to many other companies in the marketplace, its trailers are well known and highly respected for their quality, performance, and durability.

"Our trailers are primarily used in the construction and road building industries to haul large construction machinery," Kulyk said. "One of our greatest strengths is our ability and willingness to custom design a trailer specifically to meet our customers' unique hauling requirements. We also supply heavy-duty trailers to other industries including mining, power generation and steel manufacturing, to name a few."

Kulyk said he has spent his entire working career at Rogers, serving as president for the past eight years.

"In my nearly 30 years here I have had many responsibilities, including purchasing, parts and service, IT and company management," he said. "I am the oldest member of the fourth generation of continuous family ownership and management of our company. I have had the great privilege to learn from family members in two previous generations and am proud to work closely with my father, Larry, and my sister, Beth, and my brother, Nick, every day here at Rogers."

Kulyk noted that SEI has been the Rogers dealer for southeast Pennsylvania, Maryland, Delaware and much of New Jersey since its acquisition of C.C. & F.F. Keesler Inc. in 2009. The Keesler organization had been a Rogers dealer for more than 80 years at the time of its sale to SEI.

"Stephenson has consistently been one of the highest performing dealers in our network," Kulyk said. 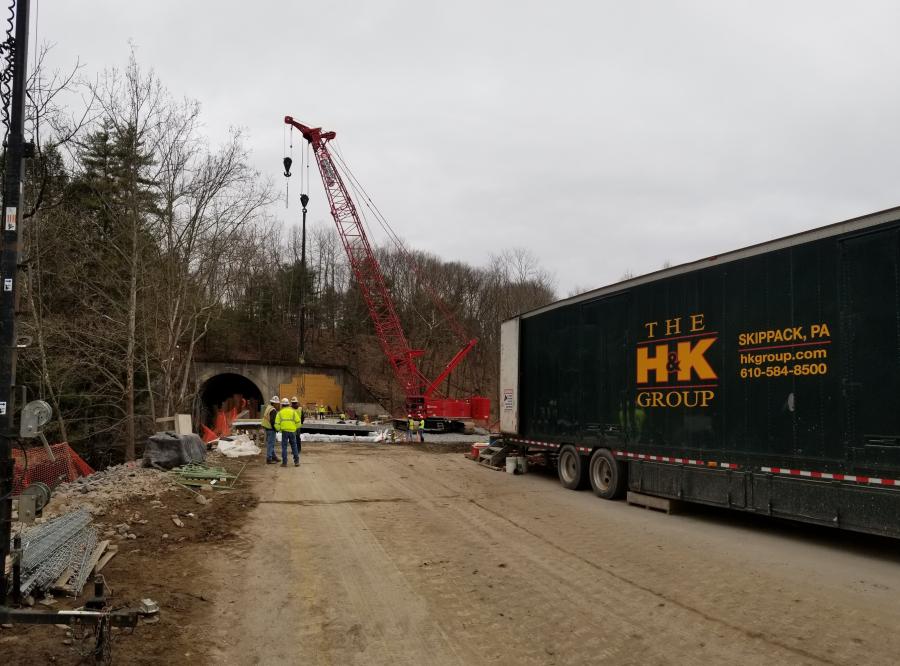 He also spoke of the first Rogers trailer purchase by H&K in 1967.

"To date, H&K has purchased over 20 Rogers trailers, nearly all from SEI [Keesler]," he said. "H&K tractors and trailers are very recognizable throughout the region because of their company's striking dark green color and how well the units are maintained."

He noted that the majority of the trailers Rogers has built for H&K have been custom-designed 50- to 60-ton capacity detachable gooseneck lowboys.

"H&K has always been a very ‘hands-on' customer in terms of the specification and design of the trailers we build for them," Kulyk said. "Details are carefully covered in the sales process to ensure the final trailer product meets or exceeds the customer's expectation. We are very proud of our relationship and great history with both H&K and SEI and we look forward to continued success with both organizations." CEG