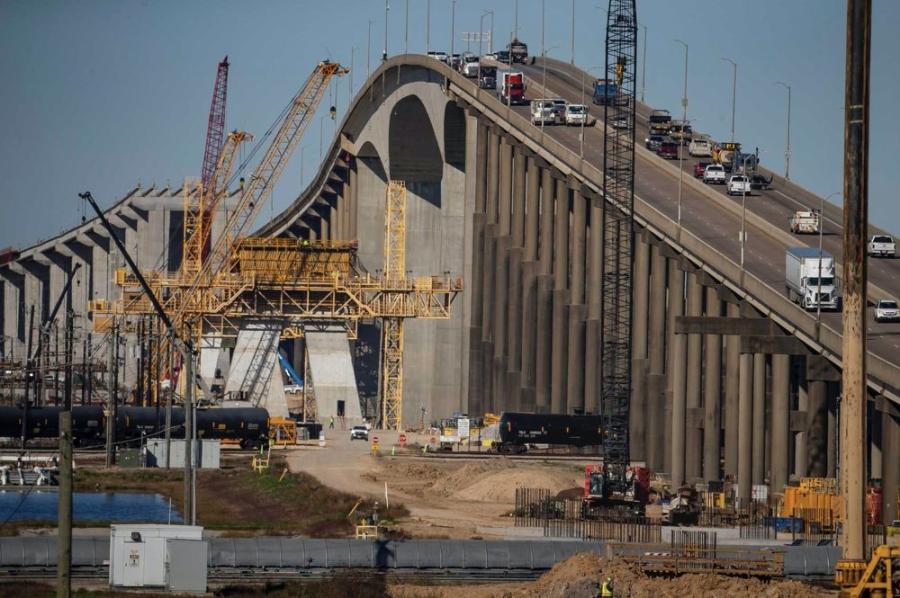 The replacement of the 40 year old road bridge with a new bridge forms part of a wider project to widen the tolled route on either side of the Houston Ship Canal.

Construction work is now restarting on the Houston Ship Canal Bridge in Texas. The bridge has been the subject of considerable controversy after construction was halted on the project over safety concerns.

The approval has been given for the work to restart, however the project is now likely to cost up to $300 million more than what had been planned originally. Construction on the bridge was halted due to concerns over the safety of the design. Changing the design means removing some of the base structures that have already been erected, accounting for approximately $50 million of the extra $300 million now needed to build the bridge.

The replacement of the 40-year-old road bridge with a new bridge forms part of a wider project to widen the tolled route on either side of the Houston Ship Canal. The work is now expected to cost in excess of $1.3 billion.

The new plan resolves design flaws, demolition of some parts of the incomplete bridge towers, changes to the construction and breach of contract claims against the county — at an additional cost estimated at $291.5 million. That is more than half the original cost of the span, estimated at $567 million as part of a $1 billion project to widen the tollway to four lanes in each direction north and south of the Houston Ship Channel. 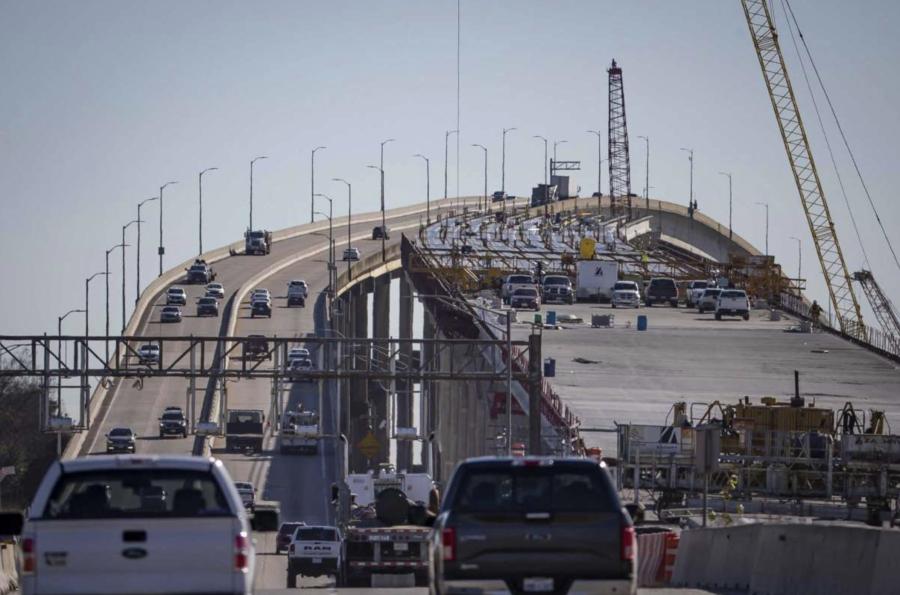 Harris County Commissioners Court has approved the plans for the new and more conventional design for the bridge. The work will take an additional three years to complete now that approval for the revised design has been given.

"The previous design was flawed," Roberto Trevino, executive director of the Harris County Toll Road Authority, said in an interview with the Houston Chronicle. "It would have led to failure of the bridge."

The construction team will have to remove the base structures for the supports that would have held up the bridge. The original design called for the use of precast concrete in segments, however the bridge will now be built of steel instead.

Trevino said designers and the construction companies behind the road work — San Antonio's Zachry Construction and national bridge firm Traylor Brothers — will salvage what they can but, essentially, will start from scratch on the bridge. Crews will demolish the existing feet of the enormous towers intended to carry the weight of the span, then rebuild them with more steel reinforcement.

Trevino said work also will abandon a once-cheered plan to pre-cast concrete segments of the bridge deck, then lift them into place. Crews instead will build the bridge the traditional way: welding steel into place and then building a road on top of it.

The new design will have towers and will have two separate spans, each carrying four lanes of traffic. The first span is expected to open in 2025, with the second span opening in 2027. Once the second span is complete, demolition work will be carried out on the existing bridge, which dates from the early 1980s. The new bridge will improve journey times for drivers in the Houston area.

The project timeline is more than six years; in the first three, the team will construct the new side of the bridge. Then, channels will switch over traffic so the existing bridge may be reconstructed, while additional segments are built the Buffalo Bayou and Galveston Bay. 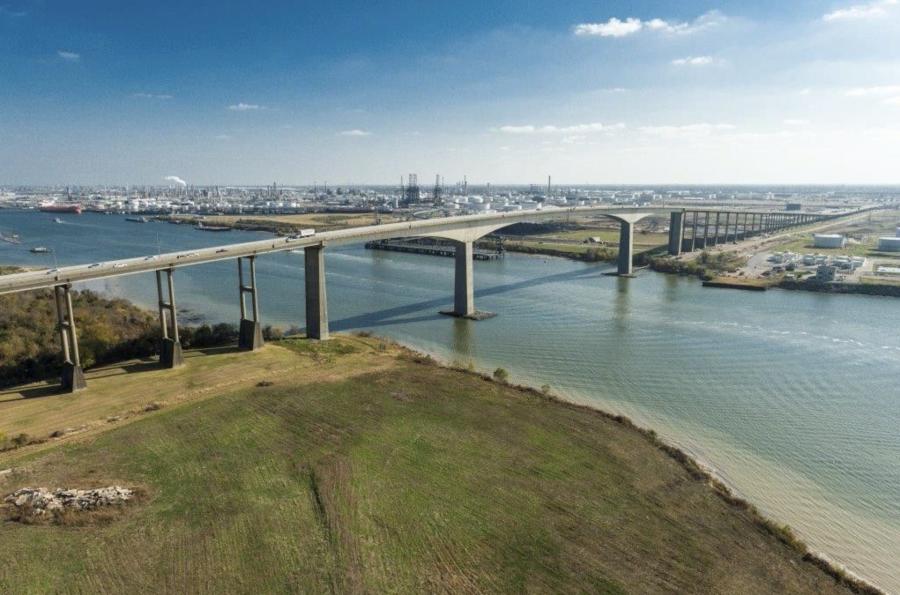 This multi-phase cable-stayed bridge project is a major proponent of advancing the shipping industry in Harris County, Texas. The end result will widen and deepen the ship channel to assist transportation of mega-barge ships and Pan America mega vessels.

The team is building new twin landmark cable-stayed bridges across the channel while maintaining traffic on the busy water- and roadways along the alignment. The new bridges remove foundations from the waterway and will prompt the widening and deepening of the channel to make way for supertankers and mega vessels, advancing the shipping industry in Harris County.

Measuring 82-ft. wide, 12-ft. tall, 9-ft., 3-in. long, and weighing more than 140 tons, the main span segments are among the largest Traylor has cast. The segments have a slender, efficient design, meaning that the amount of concrete used has been minimized to the largest extent possible. Long line casting is under way; up to 14 segments can be cast in one mold.

Girder setting along the north approach bridges is occurring at a rate of one span per week. Along the south alignment, drilled shafts are in progress; they range from 42 to 120 in. in diameter and are up to 250-ft. deep. The area is crowded, with an active Kinder Morgan plant, two railroad lines and multiple utilities. The team is actively coordinating with the various entities, has skewed some of the bents to avoid conflicts, and has temporarily skipped over some columns in their efforts to keep things running smoothly and without impact.