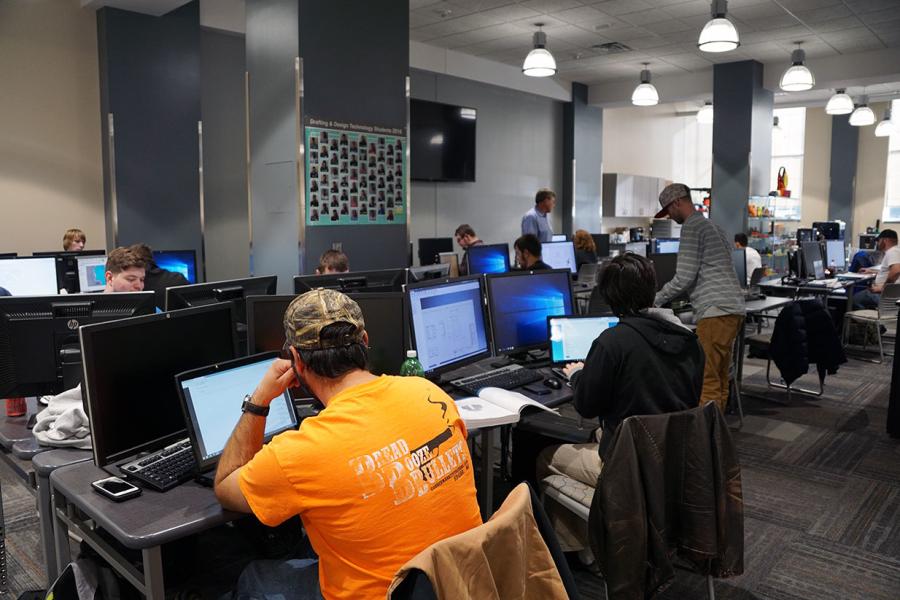 The grant focuses on educating community college students in non-credit courses to fill high-demand jobs with a shortage of workers.

HASTINGS, Neb. (AP) The work put into laying concrete sidewalks, driveways, parking lots and even front steps is something many take for granted but it's a job that's in high demand.

“The labor force for this is pretty short,' said Keith Dubas. “It's a lot of work. It's outside.'

That's part of the reason Dubas and Caleb Kuhfahl, two construction instructors at Central Community College-Hastings, approached the college's administration about doing a week-long program to help build interest in this field.

“The industry has been clamoring for years that we need to do more of this at the college,' Dubas said.

So, with the help of funds through the Community College Gap Assistance Program, CCC was able to provide nearly $15,000 in grant money for eight students to take a week-long course, the Hastings Tribune reported.

The grant focuses on educating community college students in non-credit courses to fill high-demand jobs with a shortage of workers. Concrete finishing fit that description perfectly.

One week, the eight students learned the basics of what concrete is made of, how to work with it, the tools, proper clothing and the techniques.

“It's a lot more complex than people think and people take it for granted,' Dubas said.

On the next two days, the students spent time in the classroom becoming familiar with concrete and the necessary tools.

Students recently put what they learned to good use by pouring sidewalks and steps at the new Habitat for Humanity houses now under construction in Hastings.

“They seem to be very eager to get to work,' Dubas said, as the students began shoveling concrete into the forms for the steps up to the home. “We told them we're going to let them do their thing and we'll step in when needed.'

Class participant Kyle Martin said he had done some construction work in the past but said he learned a lot more during the few days he attended the CCC program.

“I've learned the proper way of doing stuff, instead of the small-town way,' he said. “I've learned a lot that I can use later on.'

Martin and the others in the class are all looking for jobs. With that said, Martin said he believes what he learned will definitely help him in the future.

“They've always got a need for construction. Wherever you go, there are construction jobs no matter what,' he said.

Fellow classmate Lauren Kolasa said he was excited to learn a new trade while helping some people get into a new home.

“I've done some concrete work and some remodeling and I enjoyed it but this here by far I've really enjoyed more,' he said. “I've got more hands-on experience with it and more learning.

“And I figured being a convict and being out of prison, it would be something to do right and give back to the community.'

Of the eight students, some came from the Bristol Station Residential Reentry Center, a program for those transitioning out of the prison system. Other students are now on parole or are simply unemployed and looking for a new trade.

Marni Danhauer, associate dean of Extended Learning Services and training at CCC, said the concrete finishing program is one example of how CCC works to help people get the skills they need to fill job in need in the community and across the state.

“It gives them that employability skill and a morale booster that someone is willing to invest in them to give them the chance to start out on the right foot,' Danhauer said of the eight students.

CCC recently hosted a job fair in hopes of helping to connect some of the students with area employers to help fill those vacant positions.

“We're hoping they can go right into an employment situation,' Danhauer said. “The employers are excited cause this is their busy time of year.'