More than 1,000 enthusiasts from Ohio and surrounding states are drawn to Lakeside for its annual open house event. 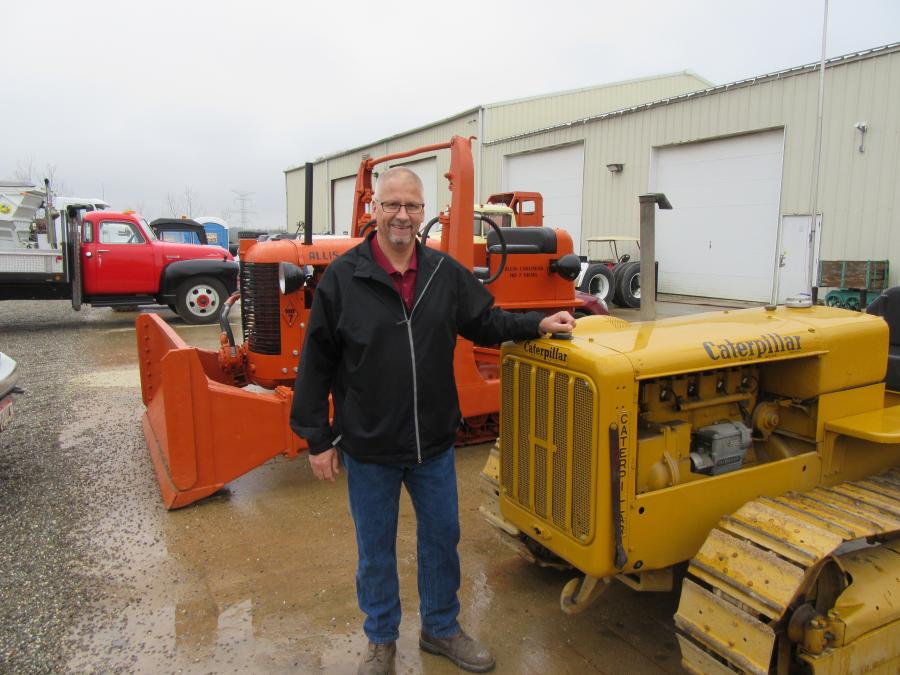 The Historical Construction Equipment Association (HCEA) held its convention and old equipment exposition at the association's National Construction Equipment Museum, located at 16623 Liberty Hi Road, Bowling Green, Ohio, on Sept. 16 to 18. The event is held annually at a different location in the United States or Canada and brings together members, exhibitors, merchandise retailers and a wide range of restored antique construction equipment on display and at work. In addition, Larry Kotkowski, co-owner of Lakeside Sand & Gravel and board chairman of the HCEA, hosted an HCEA event at his company's headquarters in Mantua, Ohio, earlier this year.

More than 1,000 enthusiasts from Ohio and surrounding states are drawn to Lakeside for its annual open house event, which features the company's extensive collection of antique construction equipment. Many of these pieces are put back to work during the event. This year marked the 15th anniversary for the annual open house antique construction equipment.

With more than 200 pieces of antique equipment on display, from the late 1900s to the 1960s, the collection included an impressive variety of machines, everything from early model Caterpillar crawlers, to rare, one of a kind machines and meticulously restored shovels and cranes. While the majority of the equipment that was on display and in action is part of Lakeside Sand and Gravel's private collection, machines owned by other collectors also were brought in for the show.

Lakeside Sand & Gravel is a family-owned business, currently run by Larry and Ron Kotkowski, the sons of the original founders. Both second and third generations of the Kotkowski family are actively involved in running the business.

Both brothers share a passion for antique construction equipment, and with the help of family, employees and friends, have devoted a great deal of time, effort and resources toward locating and restoring these historic machines. Many of the machines were rescued just in time from the scrap yard and nearly every machine in the collection has sentimental significance or comes with a unique story that adds special meaning and value to each machine. One example is the Bucyrus Erie 15-B Shovel, which was owned and operated by their father, Harry Kotkowski, from the 1950's until the 1970's. Another is the company's 1926 Northwest Model 105 shovel. Covered with rust when it was first brought in for restoration, the shovel is named the Speedy Rusty in memory of Larry Kotkowski's late granddaughter whose observations about the condition of the machine inspired the name. Such is the extent of the collection that Lakeside Sand & Gravel is now home to the recently formed Harry Young Chapter of the Historical Construction Equipment Association.

For the second year in a row, the International Watch Fob Association annual show also was located on site. The open house antique construction equipment show is a free event, open to the public, however donations in support of Lakesides Neighbors at the Hattie Larlham Foundation, a nonprofit organization providing a number of services for individuals with disabilities, were welcomed. The Crestwood Lions Club of Mantua joined in the festivities as well, and volunteered their time to serve up lunch at the event. Money raised by the meals was donated to the Hattie Larlham Foundation.

Along with all of the antique construction equipment, visitors also were offered an insight into daily operations of Lakeside Sand & Gravel with guided tours of the company's working mine and processing plant, which produces washed and crushed gravel, a variety of sand products and landscape and limestone products.