“He was a gentleman at all times — not a mean bone in his body,” said Tony Bianchini, a spokesman for the Northeast Regional Council of Carpenters. 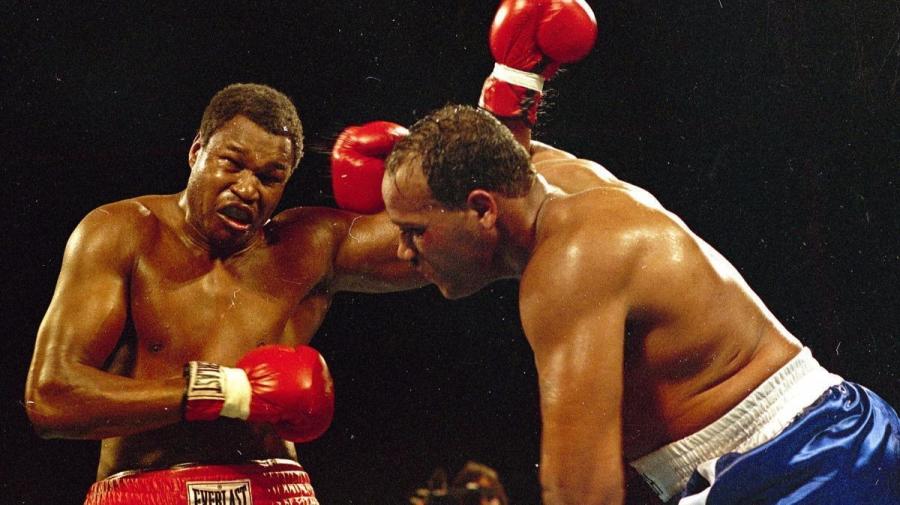 Bey's biggest fight came on the night of March 15, 1985 in Las Vegas, when he went up against Larry Holmes for the world heavyweight title.

David Bey once was a heavyweight boxer from Philadelphia who lost his shot at the world title in a bout against Larry Holmes in 1985 in Las Vegas. Last week, Bey, 60, who also worked as a pile driver even when he was in the ring, was fatally injured in a construction site accident on the Camden waterfront.

“He was a gentleman at all times — not a mean bone in his body,” said Tony Bianchini, a spokesman for the Northeast Regional Council of Carpenters, which represents pile drivers. “He was a man of God and would listen to Scriptures while he was working.”

On Sept. 14, about 2:30 p.m., emergency workers were called to the Camden Towers construction site on Cooper Street where Bey was working for a subcontractor, AP Construction, Inc. Bey, a pile driver with Local 179 and who had 37 years of construction experience, had been hit by a steel sheet pile. His wounds were fatal. OSHA is investigating, authorities confirmed.

“It's a tragic accident,” Bianchini said.

Bey spent 30 years with the Wharf and Dock Builders and Pile Drivers Local 454, the same union his father, Joe, and other family members had joined.

Bey, 60, also known as “Hand Grenade,” was inducted into the Pennyslvania Boxing Hall of Fame earlier this year. As news of his passing spread, many remembered the prize fighter with tributes on Facebook.

Bey was a member of the U.S. All Army Boxing Team with his professional debut in 1981 when he knocked out James “Buster' Douglas in the second round. At 14-0, he defeated Greg Page for the United States Boxing Association Heavyweight Championship.

His biggest fight came on the night of March 15, 1985 in Las Vegas, when he went up against Larry Holmes for the world heavyweight title.

Bey made a strong start but was knocked down twice and stopped by Holmes in the 10th round.

In an interview Tuesday, Holmes, who now lives in Palmer, Pa., said Bey was a good fighter who worked hard in the ring.

“David was tough,” Holmes said. “He was a good fighter.”

Holmes, who described Bey as always happy and always smiling, said he has stayed in touch with Bey over the years.

For a while, Holmes said he too worked construction, but left the industry because it was too dangerous.

“When I was in the ring boxing, I knew what I was doing all the time,” Holmes said. “In construction there was always a lot going on around you that you did not control.”

Services are scheduled for Saturday, Sept. 23 with a veiwing from 9 a.m to 10 a.m. at the the Pilgrim Baptist Church, 5930 Rising Sun Ave., Philadelphia. A service will follow at 11 a.m., according to Bianchini. The union spokesman said Bey is survived by his daughter, Leah Batie, and his granchildren, Kiyen and Bryson. Bey was one of nine siblings who grew up in the city.

To help the family with expenses, a gofundme account has been created for online donations.