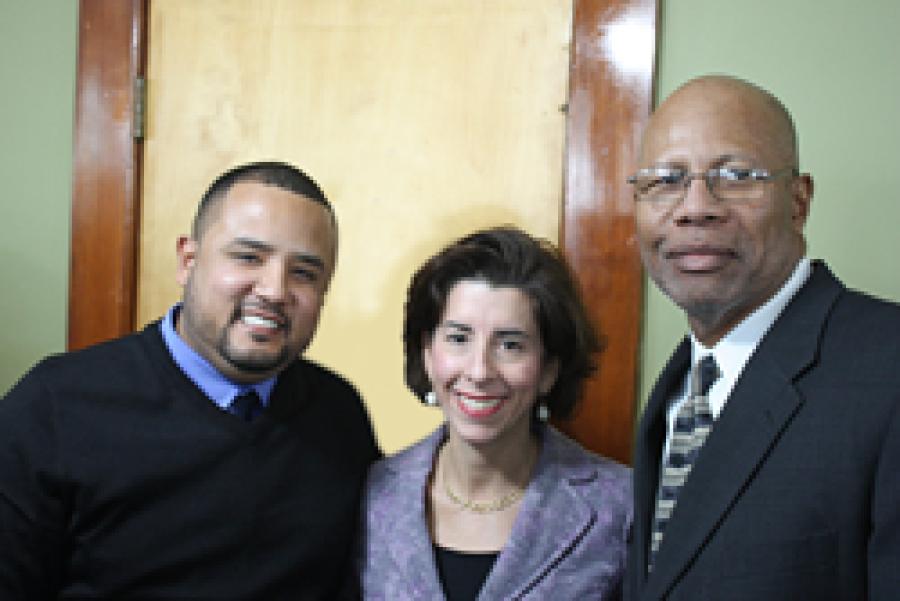 “If you become certified, it doesn't mean you don't have to work hard, do the paperwork, or perform. When you have your MBE certification it opens up that door we are always looking for,” Leyva said. “In 2016, we had extreme growth. We went from just a painting company to a self-performing general contractor and I believe we are going to grow tremendously.”

The event, taking place at Providence's Algonquin House, marked the official announcement of a new goal set to double the application rate of state contracts going to businesses owned by minorities, women, and people with disabilities by 2020.

Currently, only 6 percent of the state's eligible contracts are awarded to minority-owned businesses. While the statute calls for 10 percent, Raimondo believes Rhode Island can do even better and achieve 12 percent in the next three years.

“Let's change the way we do business to make it so that everybody has a chance,” Raimondo said. “When every contractor that's minority owned gets a piece of state business, that's a Rhode Islander that gets a job.”

To support this dedication to diversity, Raimondo will appoint a Diversity in Construction Working Group and develop a new council to advise the state of Rhode Island's Office of Diversity, Equity, & Opportunity.