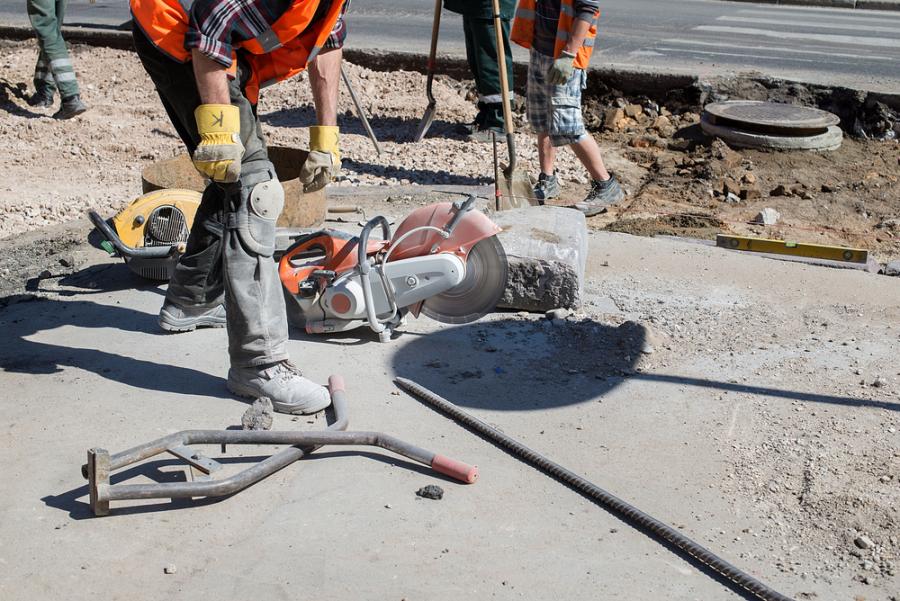 There are only a few things more frustrating than losing track of a tool you need for a crucial task or discovering at the end of the day that some piece of equipment has "grown legs" and walked away. However, cumbersome Excel spreadsheets and jobsite pen-and-paper lists can make a missing grinder or power drill seem like the preferable option to filling out a stack of forms or entering endless data into a computer. Luckily, there have been significant advancements in the asset-tracking arena.

The choices for those tracking and monitoring systems can seem endless. Established tool and equipment management companies like ToolHound have updated their product offerings to reflect the latest technology, while newer competitors like ShareMyToolbox focus on smartphone-based applications. Even industry staple Bosch plans to introduce its own tool tracking system—first in Europe and then in the United States—during the next year or so. While there are as many systems as there are companies offering them, they all have one goal in common: saving customers time and money.

However, your choice of system is going to rely on the size and type of asset you're trying to manage. Large drivable equipment like excavators, forklifts and trucks can benefit from a wide variety of GPS tracking gadgets, typically placed somewhere inside the vehicle, whereas barcodes or radio-frequency identification (RFID) tags work better with smaller tools and equipment.

You also need to think about what you want to achieve with your tracking system. Jim Bohn, Bosch Power Tools director of strategy, said, "The problem that most companies have is they're not really sure how they would use it and not always sure what they want it to do for them." Some firms, he said, simply want to be able to keep track of their current inventory and know who has possession of certain equipment at any given time, while others use it for maintenance scheduling purposes. Companies need to recognize, he continued, when someone is trying to sell them features they'll never use.

There are a few benefits of small-tool tracking for construction companies. They no longer find themselves buying duplicates of things they already have, and can manage assets on each job site, particularly when it comes to rented equipment or tools that are in high demand, according to John Inman, product manager at Trimble, whose offerings include its AllTrak Tool Management System. For example, Inman said, adding a GPS box to an excavator, rented or owned—plus a few hundred dollars per year to track it—is a cheap investment for something that could cost hundreds of thousands of dollars to replace.

However, while a company may own or rent a few pieces of large equipment like a front-end loader or truck, that same company could be juggling hundreds of small hand tools every day. Tool hoarding on the job, employees who borrow tools for personal use and outright theft can be almost impossible to detect without an efficient way of accounting for all assets. Cloud-based data storage, said Inman, reduces the hardware, software and personnel costs of maintaining such a system in-house. In addition, any authorized person can access the necessary information from a laptop or smartphone, making it highly flexible.

But no matter how advanced the system, Inman said, you can't get around the human element. Small tools frequently don't have GPS tracking, so while Inman said most construction workers are honest, walking off with a barcoded or tagged tool is a simple thing to do. A GPS tile system, said Bohn, which features a keychain fob-like pendant, can be stymied by simply removing the tile.

In addition, when a tool is needed quickly, a barcode- or RFID-based scanner won't easily find it if it's at the bottom of a gang box. In fact, the RFID reader, said Inman, will pick up every tagged piece of equipment in the scan area, including those from other companies. What these systems do best, said Inman, is create individual accountability and a record of who has what tool and where—which is probably more productive than any store-bought theft prevention or tracking system.

So the question of whether or not tool and equipment tracking systems are the panacea for misplaced tools and equipment is still up in the air. "It's still complicated," said Bohn. "As a supplier, we're still trying to figure out what both large and small companies need and whether there is something that can solve all that."

"Kim Slowey has spent 25+ years in the construction industry and is still a Florida certified general contractor. She has a degree in journalism and currently authors content about commercial and residential construction and real estate for a variety of online and print publications. She also writes for The Home Depot, which carries a wide selection of tools for rent."