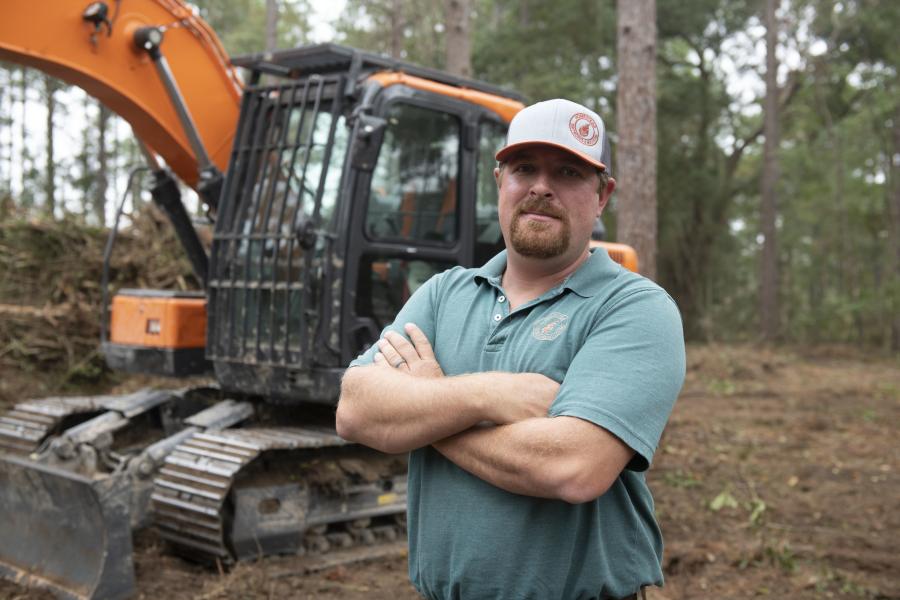 Gabriel (Gabe) Shemper started his company in 2016 in Hattiesburg, Miss. With the help of his five employees, Shemper transforms both commercial and residential landscapes.

"Our day to day, we build driveways," Shemper said. "We do a lot of ponds. We're not the big guy. I'm sure some people look at my company as a big company, but we're not building interstates and levees for 200-acre lakes. Most of the people I deal with are residential customers. They might have 10, 15 acres where they want to build a road, dig a pond or prepare a house site."

Shemper's team is skilled at multitasking in their day-to-day construction operations. One job they recently completed was fixing up a property after a tornado came through.

2020 was a tough year for Mississippi, as numerous hurricanes came through the state and spun off tornadoes. Two employees on Gabe's team used excavators to clear the downed trees and pull up stumps, and then filled the holes with topsoil. Meanwhile, the rest of the team was at another site hauling clay away from a building site. 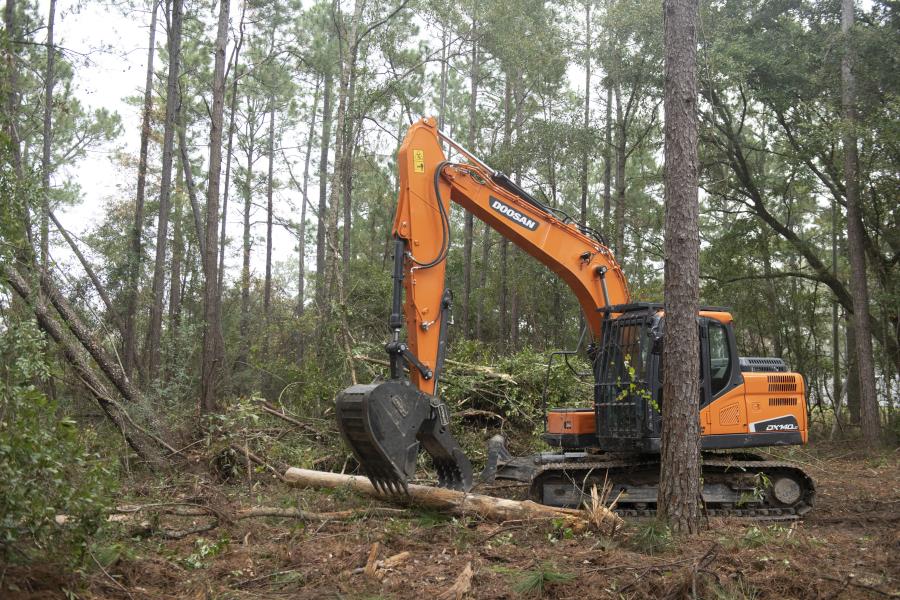 They are able to accomplish a lot, despite having a smaller team, because of their productive equipment, including a trio of crawler excavators.

Two other recent jobs had Shemper and his team split between building a house and a lake at one site and ripping out trees to clear land at another. While the tasks seem similar, they are differentiated by each project's timeline. Clearing land? That takes the team one to two days. Building a lake with two house sites? That takes a few months.

Shemper has never been a stranger to heavy equipment.

"As a kid, my family had a scrap yard called Ben Shemper & Sons," he said. "Growing up, I've always been around heavy equipment."

It took a few years, but Shemper realized that his roots in equipment were important and he wanted to go in that direction. He took a leap of faith and purchased some equipment to get started in his new line of work.

"It was always there, and that's what I knew how to do," he said.

"As I got older, I went on pipeline construction for about seven years," he said. "I came home one day and I was like, ‘I'm tired of living on the road.' I figured that I'd go into business for myself, and I bought a compact loader with a forestry mulcher. Soon after that, I bought my first Doosan excavator. Now I've purchased three Doosan [crawler] excavators and three mini excavators." 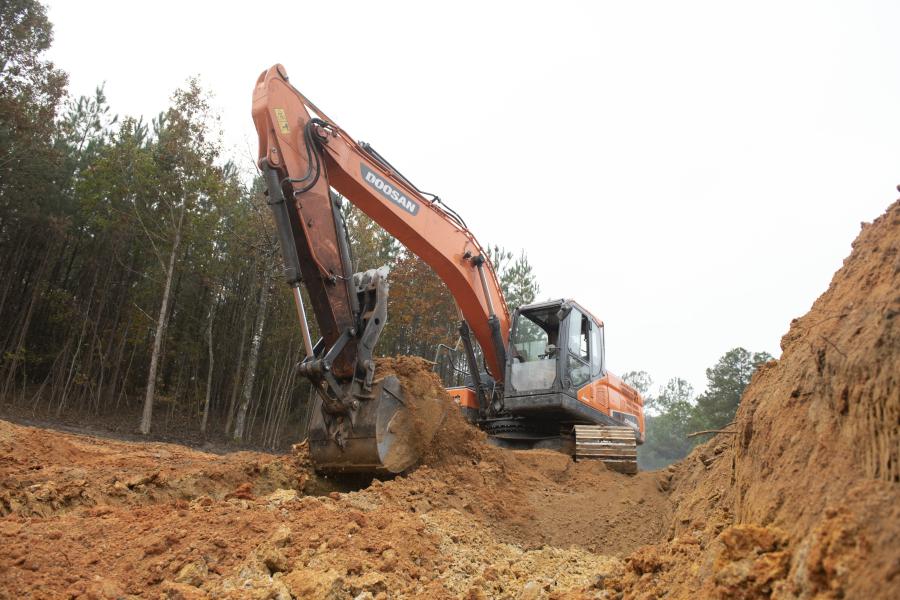 According to Shemper, his favorite parts about the job are getting to be outside and the artistry.

"I enjoy transforming people's property from a group of overgrown trees into a beautiful driveway with a house lot," he said.

As the owner, he still operates the equipment and gets to be a part of the transformations. But he has to be available for other parts of the business as well.

"On an average day, I might haul a load of dirt, or haul a few loads of dirt," Shemper said. "I might even be on a job in an excavator, but whatever I do myself, it's usually something I can stop at any time because I might have to go check on my guys or meet with a customer. I'm always busy and I do what I need to do."

Tools for the Job

Among the construction equipment Shemper and his team use for their projects are three Doosan machines. He owns two DX140LC-5 crawler excavators and a DX225LC-5 excavator. Due to their different sizes, the machines are used for separate purposes for his land-clearing and excavating jobsites.

At one of Shemper's most recent jobs, he had the Doosan DX225LC-5 excavator moving dirt to dig a lake while one of his DX140LC-5 excavators was clearing land at another site. The crawler excavators are outfitted with a bucket and paired with a thumb. That's especially useful on his DX140LC-5 excavators, which do most of the land clearing tasks. The excavator operator can easily grab trees and stumps between the bucket and the thumb. Excess dirt drops to the ground before the stump is removed from the site.

Shemper added guarding on his excavators for extra machine protection since some of the work he performs can be difficult.

My Doosan DX225LC typically doesn't move around much," he said. "It stays on a job site. I've had zero problems out of that machine. My DX140LCs, I move around a lot. They tear down trees."

Even though the company hasn't experienced many issues with its Doosan excavators, Shemper trusts his local equipment dealership and sales specialists, Equipment Incorporated, to perform maintenance or address any equipment needs. The dealership has multiple locations to serve Shemper with sales, service and parts needs.

"If I have a problem, I can call them right now and they'll be fixing it," Shemper said. 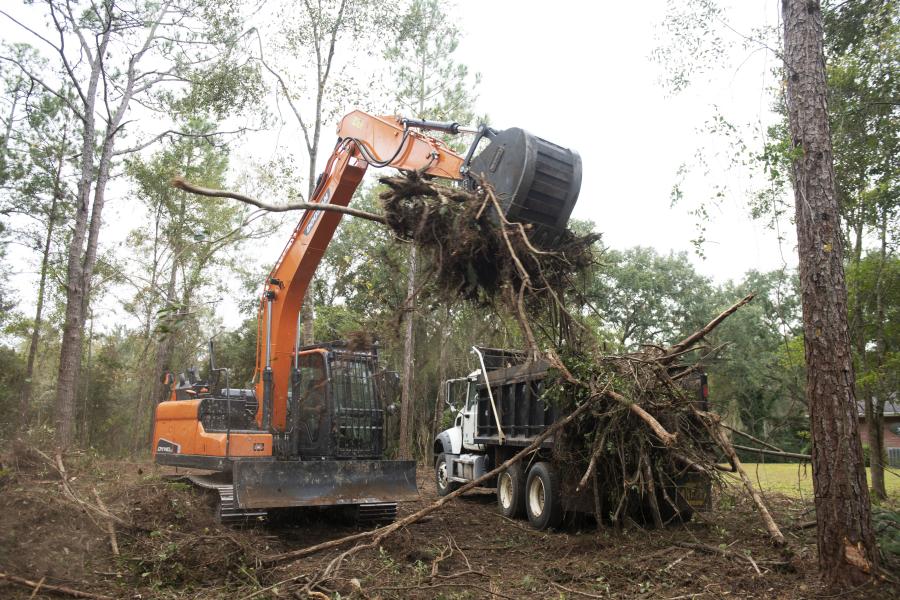 Once you have experienced success, it is easy to be tempted to want more. Shemper has been able to manage his team and excavators to find happiness with his business's current level.

"I'll be honest, I think I'm as big as I want to be," Shemper said. "I might need another excavator, but that's probably it. I don't want any more trucks. I see it as just kind of cruising along right where we're at. We're successful now, so I'm trying to find a spot where I'm content. It's really easy to always want more."