Hudson Tunnel: Is Oft-Maligned Agency Up to the Challenge?

Should the Port Authority of New York and New Jersey be trusted to oversee the $20 billion construction of a new Hudson River rail tunnel?

Top Port Authority officials said this week they are confident they can oversee the construction of the tunnel.

NEW YORK (AP) - There’s no question the agency that operates much of the infrastructure around the nation’s largest city has lost esteem in recent years because of flubs including a scandal that reached into the New Jersey governor’s office, billions of dollars in overruns on projects including the new World Trade Center, and an audit calling it ”challenged and dysfunctional.’

So why should the Port Authority of New York and New Jersey be trusted to oversee the $20 billion construction of a new Hudson River rail tunnel, one of the largest infrastructure projects the region has ever seen?

Simply put, no one else is as qualified.

”It had to be a consortium of public agencies in the New York region that could collaborate and carry out the project,’ said Martin Robins, founding director of Rutgers University’s Alan M. Voorhees Transportation Center and a longtime transportation policy planner. ”The Port Authority was the right agency because of its strength in engineering and project management.’

Top Port Authority officials said this week they are confident they can oversee the construction of the tunnel, part of what’s being called the Gateway project, even as other large projects face delays and overruns and as the agency remains a focus of criminal investigations and fallout from the George Washington Bridge lane-closing scandal.

The powerful bistate agency _ the operator of bridges and tunnels in a city hugely reliant on them; three of the nation’s busiest airports and its busiest bus terminal; a crucial seaport; and the World Trade Center _ also presumably will soon undergo a sea change in leadership, with a recently created CEO position replacing the current executive director and deputy executive director.

A finalist was expected to be presented to the board at next month’s meeting, but as late as Thursday officials said that they hadn’t found a suitable candidate and that the search would go on.

Among the hundreds of Port Authority infrastructure projects already underway:

- the $1.3 billion elevating of the deck of the Bayonne Bridge, initially scheduled to be completed by mid-2016 but now delayed until late 2017. The raising is needed so the Port of New York and New Jersey can accommodate bigger ships expected from a widened Panama Canal.

- more than $3 billion in improvements to LaGuardia and Newark airports.

Add to that a proposed new $10 billion bus terminal in New York City and the Gateway project, which includes the tunnel and a major expansion of Penn Station, and it’s a full plate for an agency whose public profile has taken a hit.

”I concede that the reputation, but I would argue not the reality, of the Port Authority’s capabilities has been damaged somewhat over the last couple of years, as the entire agency has suffered from the actions of a very few people,’ agency Chairman John Degnan said last week in his first public comments since this month’s announcement of the tunnel agreement.

A newly created development corporation within the Port Authority will coordinate funding and execution of the tunnel project, in concert with the states of New York and New Jersey, Amtrak and the U.S. Department of Transportation.

Degnan added that while it ”distressed’ him that the Bayonne Bridge and other projects weren’t being completed on time, he was close to announcing internal changes that would ”enhance our ability to oversee the progress and completion of construction projects.’

He didn’t say what those changes would be.

The Port Authority was criticized for steep bridge and tunnel toll increases four years ago and called ”challenged and dysfunctional’ in an auditor’s report in 2012 that criticized the agency for poor planning, lack of cost controls and inadequate transparency.

The following year, it was revealed that two Port Authority officials, both allies of New Jersey Gov. Chris Christie, orchestrated the bridge lane closings as part of a political vendetta against a local mayor. Both resigned, and one has pleaded guilty to criminal charges while the other is scheduled for trial in the spring.

Christie wasn’t charged and has denied any prior knowledge of the scheme. His former deputy chief of staff, Bridget Kelly, also was charged and is to go on trial in April.

The Port Authority also has been the focus of state and federal investigations into potential conflicts of interests in its awarding of contracts.

Richard Hughes, of the Twin Towers Alliance, a watchdog group, has skirmished with the Port Authority for years over access to documents related to the World Trade Center redevelopment.

”The Port Authority spent billions at the new World Trade Center that it didn’t have to spend because the public was kept out of the process,’ Hughes said. ”It spends money like a drunken sailor and then asks the commuters of New Jersey to pay for its binges.’

”No one wants to be the person who has to stand before the public and explain that we’re in the eighth year of the environmental process and the tunnels failed last night,’ Foye said. ”We’re laser-focused on that.’ 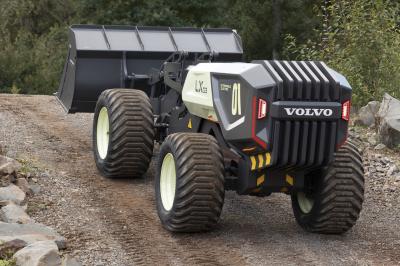 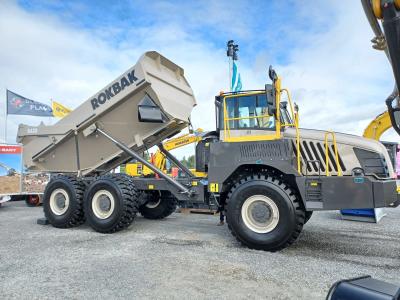