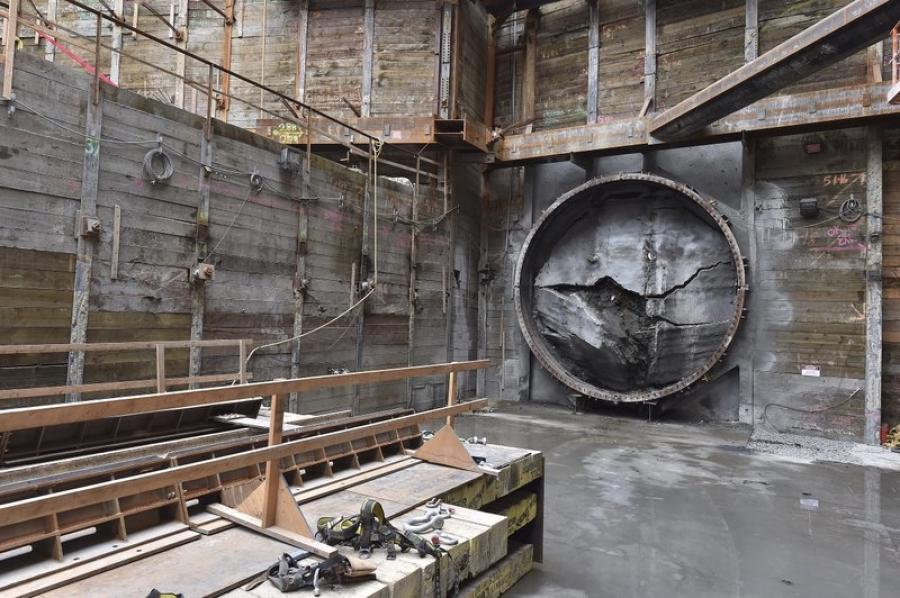 The 400-foot-long machine, dubbed “Angeli,” broke through a wall of dirt and arrived at a future subway station Thursday. It's a milestone for construction of a tunnel that will link three subway lines.

The station near Walt Disney Concert Hall is 110 feet below street level — the deepest point in the LA subway system.

The machine began boring in February and has more work to do. A second, parallel tunnel is also planned.

The nearly 2-mile-long connector will cost about $2 billion to build. When the project's finished in 2012, commuters will be able to ride from East Los Angeles to coastal Santa Monica without changing trains.