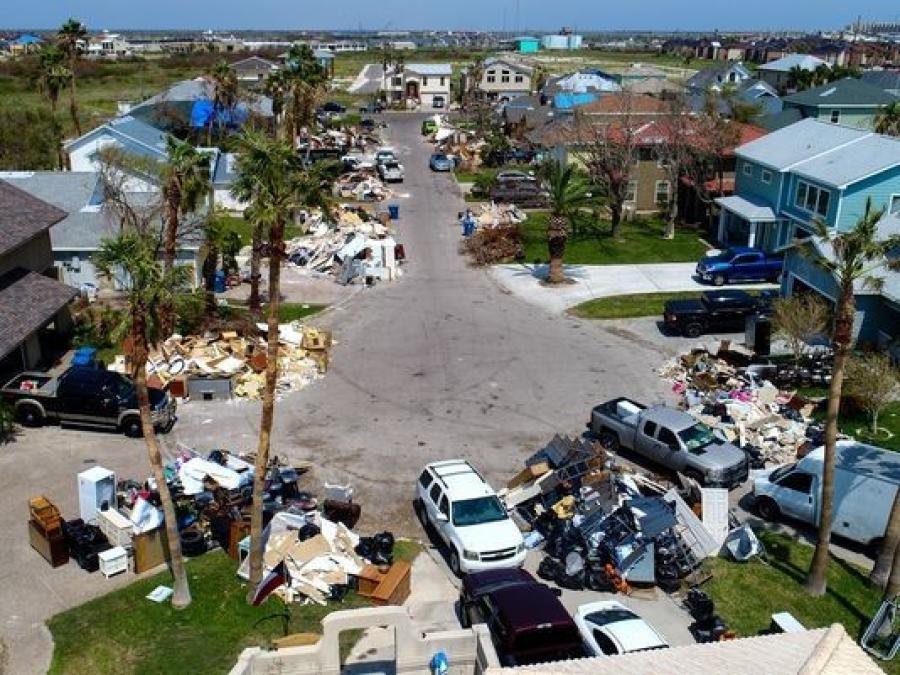 All Texas counties declared disaster areas will continue to be eligible for assistance as they recover and rebuild after Hurricane Harvey. (USA Today photo)

“The most important message I want to send to the victims of this storm is that they are not alone as they continue to recover from this storm,” said Abbott. “While we still have a long way to go to return to a new normal, I have no doubt that Texas will eventually emerge from this disaster stronger than ever before.”

State Disaster Declarations must be renewed every 30 days for assistance to remain available. Gov. Abbott will continue to renew them as they are needed throughout the recovery process.

As of Nov. 17, the Governor's Commission to Rebuild Texas posted a progress report for storm cleanup. Among the items listed are:

• More than $490.3 million in Public Assistance funding from FEMA for state and local governments has been obligated, and 938 Requests for Public Assistance have been received from jurisdictions, as of Nov. 15.

• TDEM estimates nearly 10 million cu. yds. of debris have been collected, about 37 percent of the anticipated total.

• TWC has more than 12,000 disaster-related job openings available on HurricaneHarvey.jobs and WorkInTexas.com.

• More than 660 manufactured housing units are being installed or have been turned over to displaced families through one of several FEMA-funded direct disaster housing programs being locally led and state managed by the Texas General Land Office.

• 2,735 applicants are in the final stages of the direct disaster housing process.

• The Texas General Land Office recovery team presented a new flag to a U.S. Navy veteran and his family to replace one destroyed during Hurricane Harvey.

• TexasRebuilds.com is the housing information source for individuals and communities.

• The deadline for all school districts and charter schools affected by Hurricane Harvey to apply for Federal Communications Commission E-rate funds to replace damaged equipment and services is Dec. 13, 2017.

• 24,618 Harvey survivors have called the Cleanup Assistance Hotline at 844-965-1386. Volunteer groups have completed 18,139 requests to muck and gut flood-damaged homes.

• 51,268 volunteers have donated more than 3.2 million volunteer service hours which are carefully tracked and can be applied to a community's cost-share offset if eligibility requirements are met as determined by FEMA's Public Assistance program.