The plant tour and discussion with company executives allowed lawmakers and business leaders to see firsthand the facility’s contribution to the local economy. 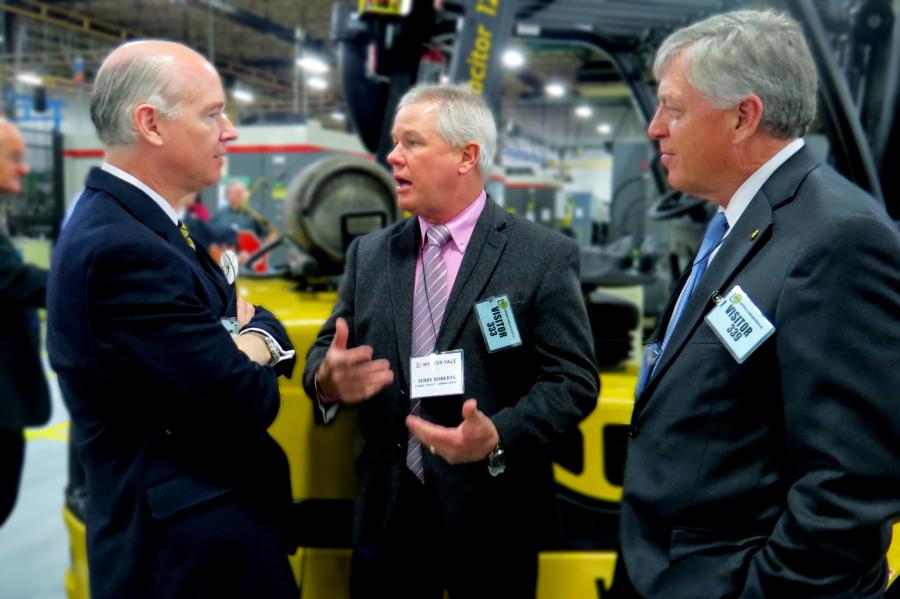 Hyster-Yale Group recently hosted an economic development forum at its Sulligent, Ala., facility that was attended by more than 20 national, state and local elected officials including Alabama Congressman Robert Aderholt. The plant tour and discussion with company executives allowed lawmakers and business leaders to see firsthand the facility's contribution to the local economy, and a chance to discuss issues and legislation affecting U.S. manufacturing.

“Hyster-Yale Group has been a part of the Sulligent, Ala., community for almost 50 years and we plan to be here for at least another 50 years,” said Chuck Pascarelli, president of the Americas of Hyster-Yale Group. “We have made significant additions to our Sulligent, Ala. facility over the past year, investing in new machining technology and a new transmission assembly line that supports skilled, good paying jobs for Northwest Alabama.”

Hyster-Yale Group is the largest employer in Lamar County, drawing workers from two states and 11 counties. Opened in 1970, the facility manufactures component parts, cylinders and transmissions for Hyster and Yale lift trucks sold around the world.

Aderholt pointed to the facility as an example of U.S. manufacturing success. He emphasized that lawmakers can help companies like Hyster-Yale Group succeed and grow by limiting restrictive legislation.

“Number one, we can stay out of the way and not cause burdensome regulations,” Aderholt said. “We also need to make sure we create the best environment to facilitate jobs in the South and especially here in Northwest Alabama.”

During the plant tour, lawmakers and economic development officials stopped at multiple stations on the production floor where individuals from various disciplines explained processes and products. This allowed forum attendees to gain a greater perspective on the types of jobs available at the facility, the skills required for each, and ways in which Hyster-Yale Group partners with secondary and technical schools to recruit and train a new generation of manufacturing associates.