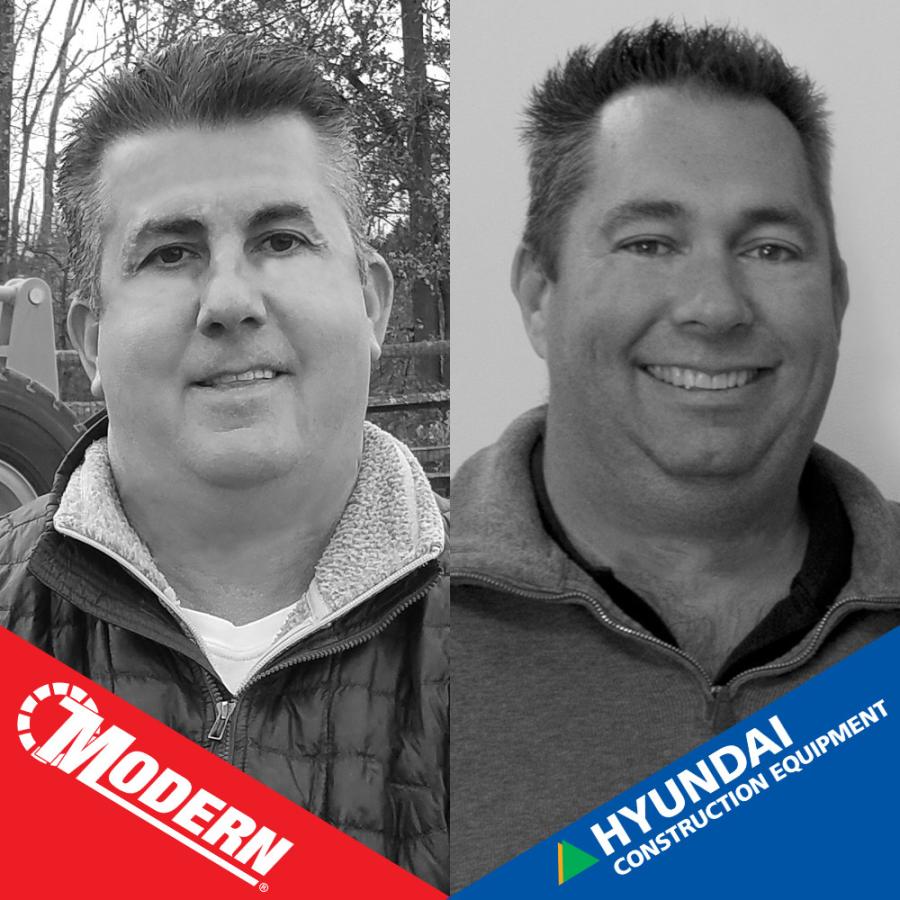 Ron Dortone Sr. (L) and Sam Maury were ranked among the top five Hyundai sales reps in the United States.

Modern Equipment & Supply announced that in just its second full year as a Hyundai Construction Equipment dealer, two sales representatives were ranked among the top five Hyundai sales reps in the United States. This was a team achievement for the company, combining individual knowledge and attention to detail with the skill and dedication of a robust service operation to deliver the best products to Modern's customers.

Ranked the #2 Hyundai sales representative in the United States was Ron Dortone Sr. A veteran of 10 years with Modern, Dortone began focusing extensively on the Hyundai product line this past year. Throughout his career, he has excelled at understanding the needs of his customers and expressing the value that a relationship with Modern and its product lines can bring to their businesses. With Hyundai, Dortone has found that he can deliver clear advantages to his customers like never before.

Sam Maury has been with Modern for a decade and 2017 marks his second consecutive year being honored by Hyundai, this year coming in #4 in the nation. Maury is the product manager of Hyundai at Modern and has been instrumental at developing large municipal fleet and contract accounts. Through Maury's leadership Modern's stature as a heavy equipment sales and service operation has grown since the company reentered that business in 2015.

"I would like to thank Ron and Sam for their dedication, hard work and contribution to the team," Paul Farrell, president and CEO of Modern Group, said. "We look forward to what 2018 has in store as we continue to transition and grow our construction equipment business."

Modern Equipment & Supply represents Hyundai Construction Equipment throughout New Jersey and eastern Pennsylvania and showcases the full line of excavators, wheel loaders, mini-excavators and compaction equipment recognized across the industry for its low cost of ownership and impressive set of standard features.