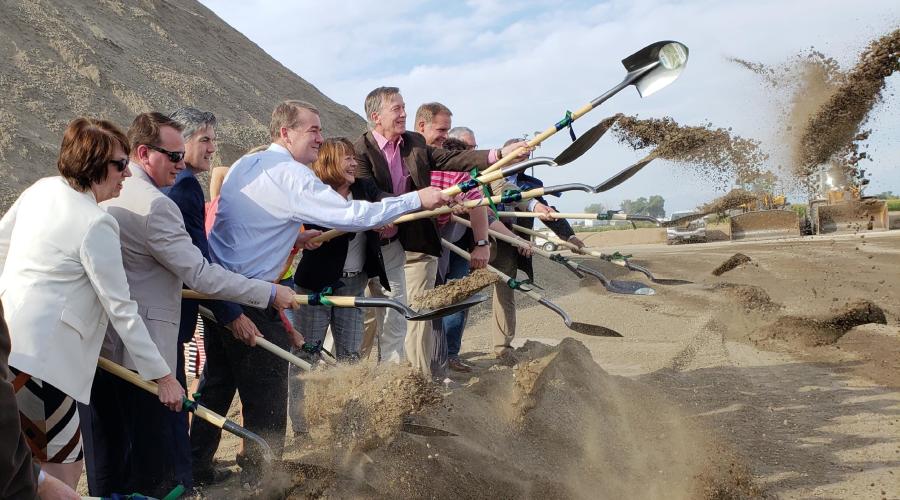 Crews permanently closed the east frontage road from the Budweiser Events Center to Westgate Drive, just south of Colorado Highway 392, on Sept. 4, to prepare for construction of the I-25 North Express Lanes: Johnstown to Fort Collins project.

Project construction began at 9 p.m. on Sunday Sept. 9, with northbound traffic being shifted to begin temporary roadway widening along northbound I-25 between Crossroads Boulevard, just north of CO 392. This work will require various lane and shoulder closures along I-25 from 9 p.m. to 5 a.m. Minor travel delays are expected.

Construction in this area will be done in three general phases:

1. Northbound traffic will be shifted west to construct two northbound outside lanes and the shoulder.

2. Northbound traffic will be shifted east so the Express Lanes can be constructed in the center median.

3. Southbound traffic will be shifted east to construct southbound outside lanes and shoulder.

While most of the work will be performed outside the roadway, there will be a need for some nighttime lane closures. Work in this area is expected to extend through 2019.

The I-25 North Express Lanes: Johnstown to Fort Collins project will increase capacity by adding an Express Lane in both directions, replacing four aging bridges and widening four additional bridges. The project will also improve multimodal access to regional transit; improve bus service performance by adding new bus slip ramps from I-25 to the new Park-n-Ride at Kendall Parkway; create new pedestrian and bicycle access under I-25 at Kendall Parkway; and construct new bridges over the Cache la Poudre River, allowing for the future completion of the regional trail.

The project is expected to be completed in 2021.