I-35 Austin — A Small Piece of the Big Puzzle

The Texas Department of Transportation (TxDOT) is working on projects from north to south in the Mobility 35 initiative that will improve both traffic flow and safety. 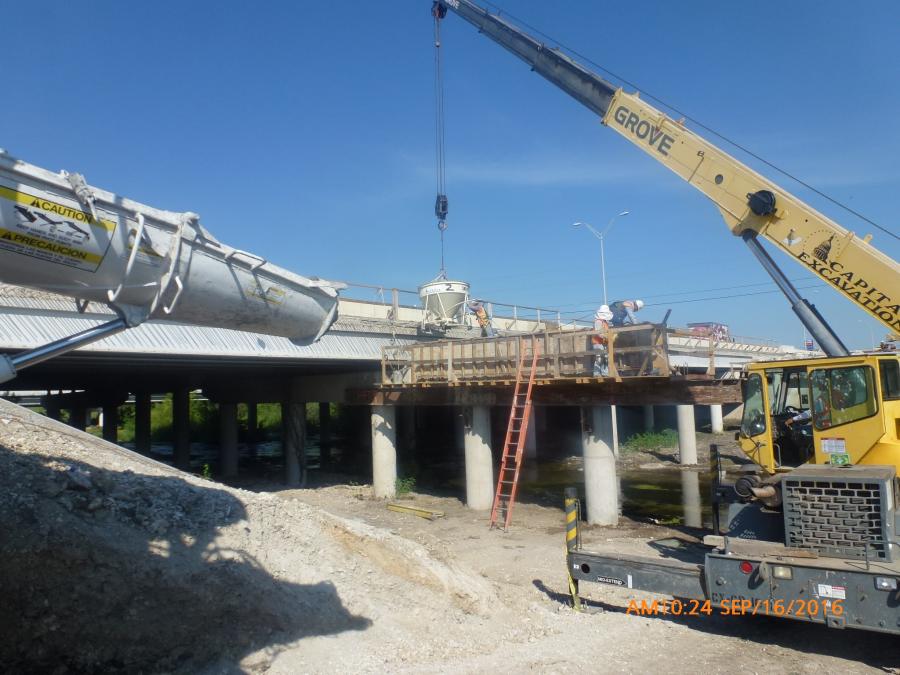 Capital Excavation is placing a concrete cap for the I-35 bridge expansion over Lake Creek.

Interstate 35 is a hot topic from north Texas to the Mexican Border. As the state continues to grow and traffic congestion increases, so do the number of accidents. The 50-year old highway currently carries 200,000 vehicles per day and saw 4,950 accidents in 2015. By the year 2040, congestion will grow from six hours per day to nine hours per day. The Texas Department of Transportation (TxDOT) is working on projects from north to south in the Mobility 35 initiative that will improve both traffic flow and safety.

In June of 2016, construction began in the Austin District on a $28.1 million project to improve safety and mobility along I-35 in Williamson County between U.S. 79 and SH 45 North. The project will address the existing traffic bottleneck north of SH 45N. The Texas Department of Transportation joined Valerie Covey, Williamson County precinct three commissioner, city of Round Rock Mayor Alan McGraw and members of the community at the project's groundbreaking ceremony.

Work includes constructing braided ramps (where one ramp crosses over the other) along the northbound I-35 main lanes between Hester's Crossing and RM 620 to eliminate traffic merging/weaving conflicts. In addition, the north and southbound frontage road intersections at I-35 and U.S. 79 will be reconstructed and a third left-turn lane for westbound U.S. 79 will be added.

The three key benefits of the project include increased mobility and travel speeds; increased merging distance for the existing SH 45N northbound flyover to I-35; and increased safety by eliminating the merge/weave conflict between the Hester's Crossing entrance ramp and RM 620 exit ramp

Roadway Specialties, based in Austin, will handle mulch sodding, gabions, temporary sediment containment fence and crash cushions. N-Line Traffic Maintenance, also of Austin, is in charge of all signage and ACU Construction LLC headquartered in Carrollton, was contracted to remove stabilized base, and perform asphalt paving and construction detours.

“We have had a few lanes closures at night. Most of the construction to date has not affected traffic as it is behind barrier,” noted Christopher Bishop, TxDOT public information officer.

In the face of limited funding TxDOT is working hard to leverage local and private partnerships to meet the vision outlined by Texans as part of the “My35 Study.” TxDOT also is exploring strategies to efficiently utilize the existing highway by working with local transit agencies, implementing improved traveler information systems and providing travel options for commuters and other peak-period travelers. — CEG