IDOT Awards $164M Contract to Build I-69 in Martinsville 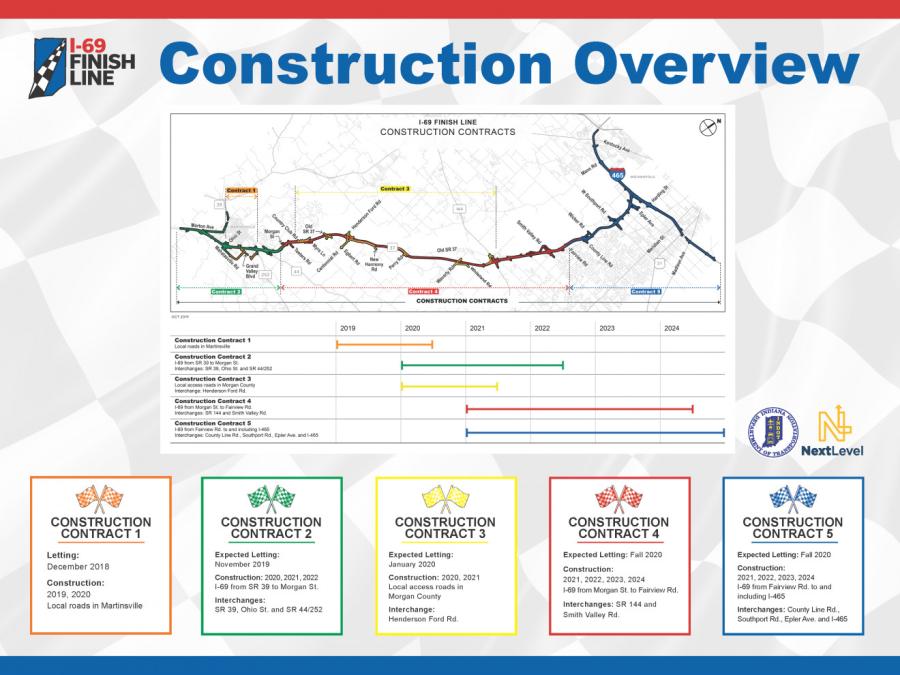 The Indiana Department of Transportation has awarded Walsh Construction Company II LLC a $164.8 million contract to transform 6 mi. of State Road 37 into Interstate 69. Walsh's proposal was the lowest price among four responsive bids and $7.8 million below estimate.

This is the second major contract award for I-69 Finish Line, representing a state and federal construction investment in Martinsville totaling more than $186 million to date. 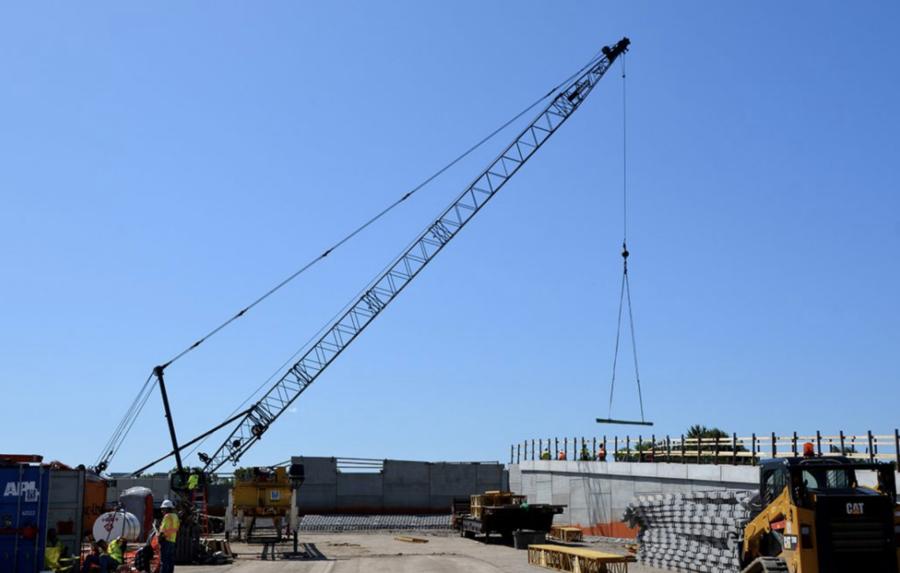 S.R. 37 will be completely closed in Martinsville in 2021 to safely advance construction between SR 39/Morton Avenue and Morgan Street. Work will begin this year to prepare alternate routes for additional traffic including the detour route, which will follow S.R. 39, S.R. 67 and S.R. 144.

When this construction contract is substantially completed in late 2021, Martinsville traffic will only be able to enter or exit at four interchanges.

Concrete retaining wall and noise barrier panels in Martinsville will include brick patterns. About 1.4 linear mi. of noise barrier, ranging in height from 6 to 22 ft., will be installed along the northwest side of I-69 between S.R. 39 and South Street.

Crews will be installing overhang forms and reinforcing steel on the Grand Valley Boulevard bridge over the highway in preparation to pour new concrete decking and railings.

This winter and spring north of Martinsville in Morgan County, contractors will be clearing the land to make room for utilities to move service lines.

About I-69 Finish Line