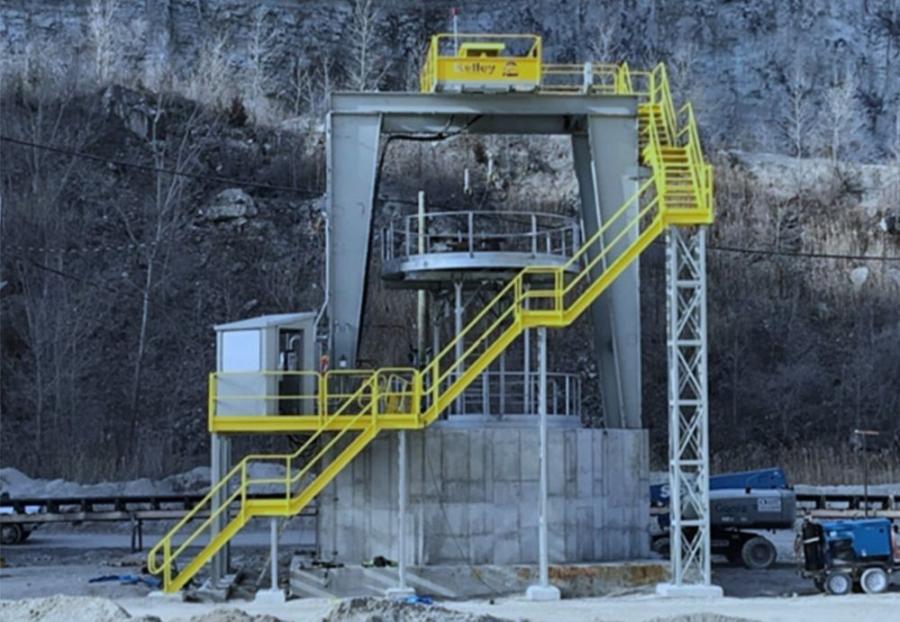 The Illinois Association of Aggregate Producers (IAAP) held its 52nd Annual Convention and Aggregate Miner Safety Conference in Springfield, Ill., in early March. One of the highlights was the presentation of the IAAP awards. A partial list of this year's winners includes Hanson Material Services; Thelan Sand and Gravel; LaFargeHolcoim; and Melvin Johnson of Dyno Nobel Inc. 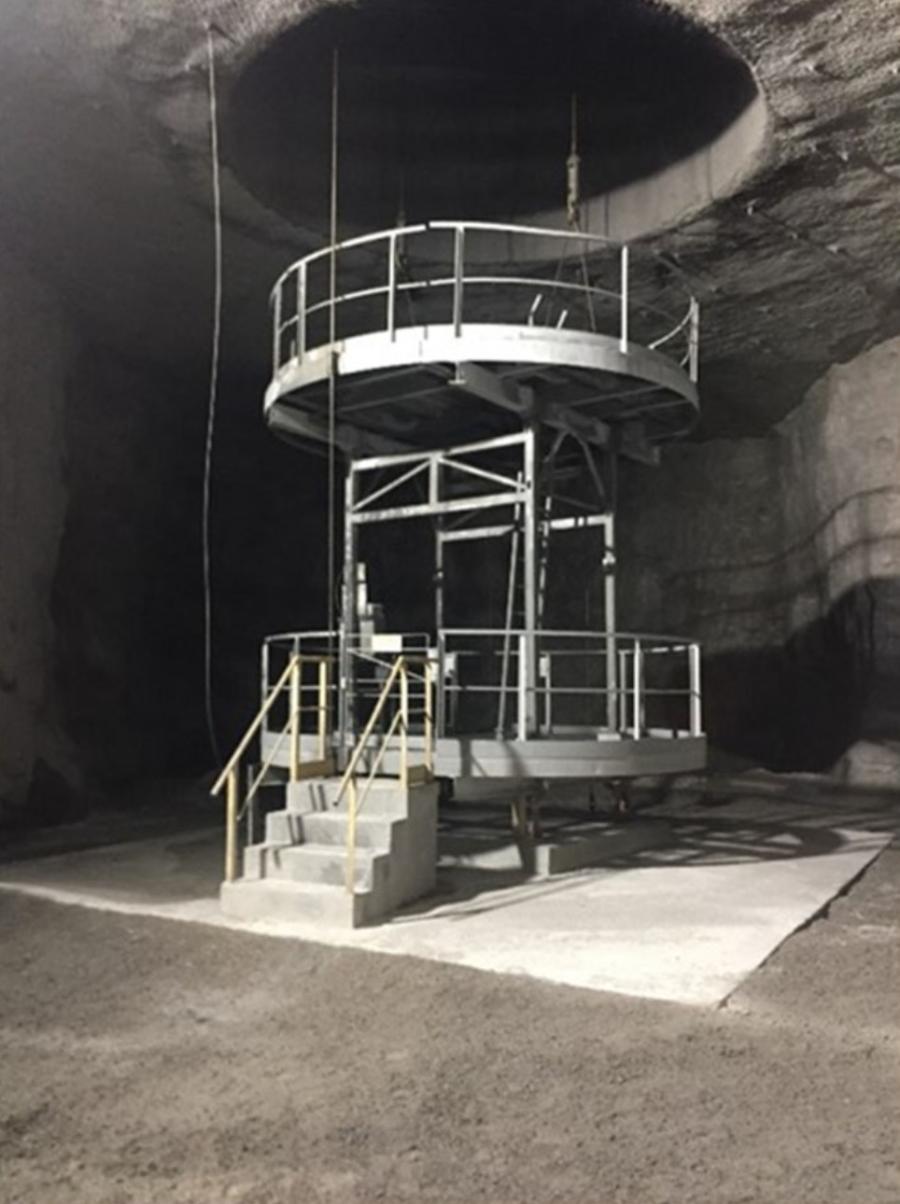 Hanson Material Service's David Morgan worked with Kelly Engineering on the Federal Underground Mine's Secondary Emergency Escape Facility's design and mine site. Personnel provided input during development as they worked to construct the facility. The company approached this as a best practice to protect the health and safety of underground miners if emergency egress was needed from the mine and the primary escapeway was unavailable.

This secondary emergency escape facility is built within a raise bored shaft, 20 ft. in diameter and 193 ft. tall, that primarily serves as a mine ventilation shaft. Two control stations, one at the top of the shaft and one on the escape platform with integrated communications systems, operate two hydraulically-powered and proportionally controlled Pullmaster winches, ensuring safe and efficient operation. The platform will support up to 5,000 lbs. or about 20 miners.

Once at the escape platform, all miners underground can be evacuated in approximately 12 minutes. The investment in this facility does not bring any additional stone out of the mine; however, it protects the most important resource in the underground mine, the miner.

The IAAP Sustainability Award was granted to Thelen Sand and Gravel for activities undertaken before mining, during mining and after reclamation, the most unique of these being solar energy generation. 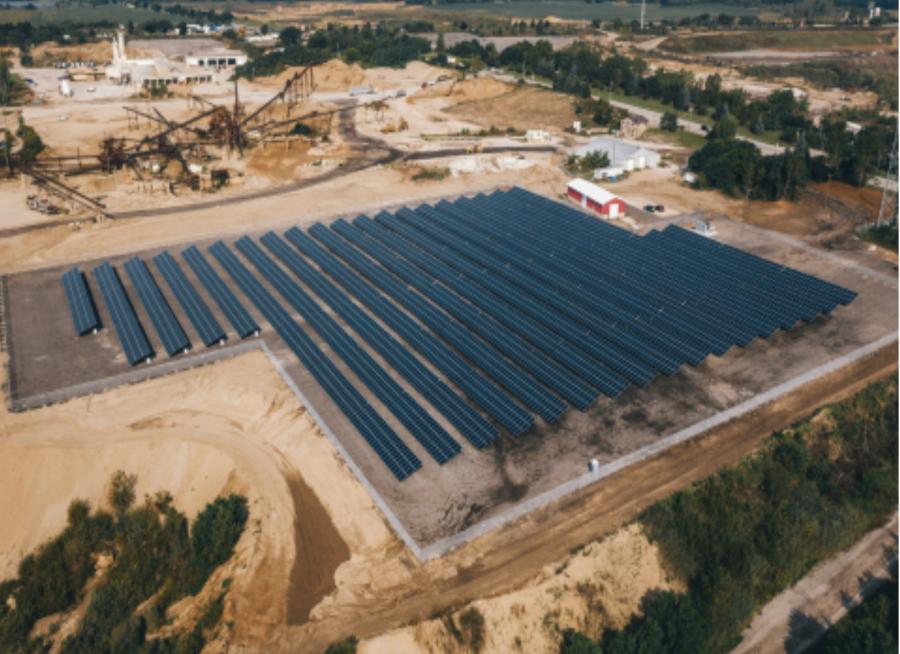 Thelen Sand and Gravel is primarily a land company utilizing its property for mining, farming and composting. Ultimately, the land awaits its final uses such as individual homes and recreational areas.

The solar field installation at the mine site in Antioch, Ill., is a new repurposing and sustainable venture by the company. The 7.5-acre site was previously mined, used as a certified Clean Construction and Demolition Debris site and is now reclaimed land for a consumable, renewable energy resource.

Capable of producing about 30 percent of the annual power needed for the mine's operations, this is one of the largest "behind the meter" solar projects in Illinois. During the estimated lifespan of 30 years, the 1,996.5 kWdc facility with 7,260 solar panels will generate about 72 GWh of electricity /year. Additionally, over the life of the solar field, estimates have been calculated indicating Carbon Dioxide emissions reduction of 54,900 tons (the equivalent of 1,276,500 trees being planted) and landfill waste reduction of 17,800 tons.

The 2019 annual Illinois Department of Natural Resources' Aggregate Reclamation Award was presented to Lafarge Aggregates Illinois (Lafarge), Algonquin Pit, which straddles the boundary between the villages of Algonquin and Cary, Ill. 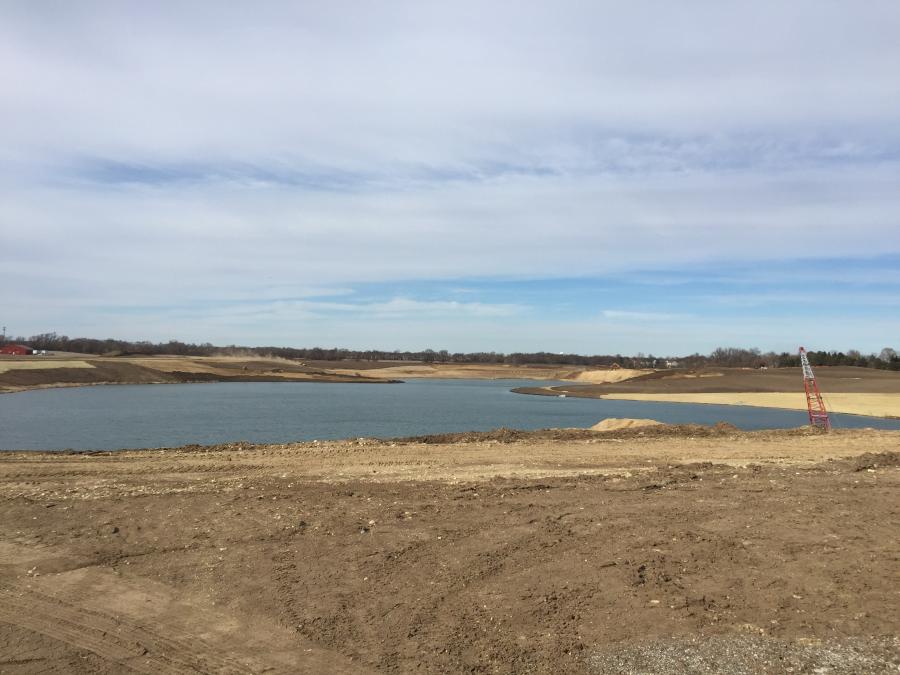 The mine's 240 acres were purchased in parcels at various times since the 1970's by Meyer Material and later Lafarge, after acquiring Meyer Material. Mining operations began in 1993 and reclamation of the entire site was completed during 2017 and 2018. This was both an above ground surface mine as well as a below water operation with a depth of approximately 90 ft. to the pit floor and an additional 20 to 30 ft. into the water table.

Scrapers, backhoes, haul trucks and bulldozers were used to remove the overburden which would later be utilized in the reclamation process. Above ground mining was performed using front end loaders to supply the primary crusher which in turn transported mined aggregates to the processing plant via a mile-long conveyor system. Below water mining was performed by either drag-line, backhoe, or dredge and created the lake that is now the centerpiece of the community park.

Lafarge worked closely with the village of Cary to devise a plan for final reclamation of the area consisting of a 196-acre park, known as Rotary Park. Lafarge also created several on-site drain tiles as well as drainage areas and tiles for the neighboring subdivisions and farms to allow them to control their storm water issues more efficiently and effectively.

In addition to the Illinois reclamation award, Lafarge also was nominated for, and won, the 2019 Interstate Mining Compact Commission (IMCC) National Reclamation Award, an award won for the third year in a row by an Illinois aggregate mining operation.

The Illinois Department of Natural resources presented the 2019 Blasting Excellence Award to Melvin Johnson of Dyno Nobel Inc. This award, often referred to as the "Blaster of the Year" award, recognizes Illinois licensed blasters who have achieved a tremendous amount of respect in the mining industry and among their peers in the explosives industry through their professionalism, knowledge and experience in blasting, and hard work. 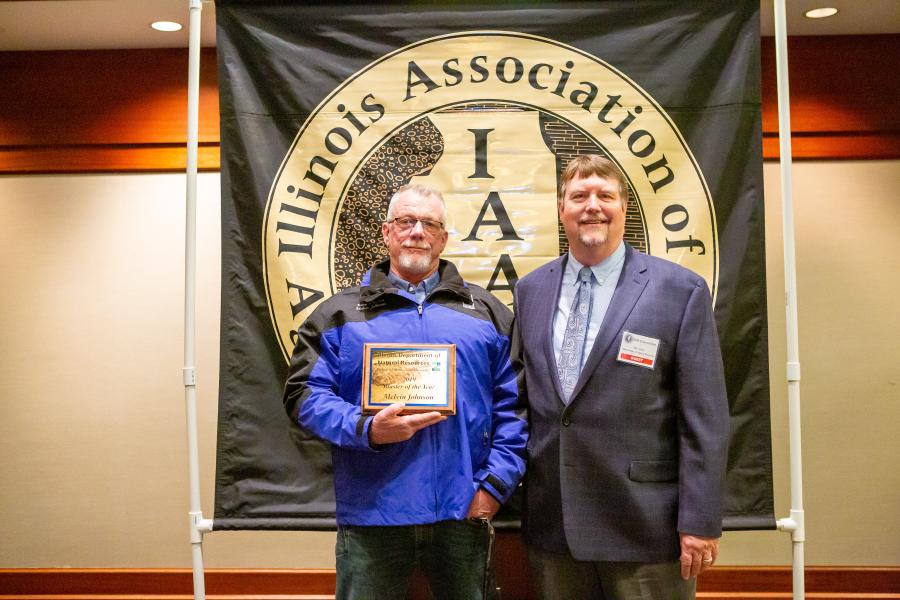 Johnson began his career in the explosives industry in 1983 with Evenson Explosives. He received his first Illinois Surface Aggregate Blasting License in 1997, the first year that such a license was required in Illinois.

In 2008, Evenson Explosives was purchased by Dyno Nobel and Johnson went on the become one of the most valued blasters at the site. Over the course of the following eight years, he earned the reputation of the "go to guy" to ask when issues arose. Johnson continually strived to expand his knowledge of blasting, transitioning from basic initiation systems to the most recent technology as it was introduced.

Johnson has continually shown the character and fortitude required to put safety first in order to avoid any situations which may have resulted in harm to the community, mine employees, as well as damage to mine equipment. When encouraged to rush or ignore issues that could result in injury or damage, Johnson has always remained steadfast in his values.

This story is courtesy of the Illinois Association of Aggregate Producers.