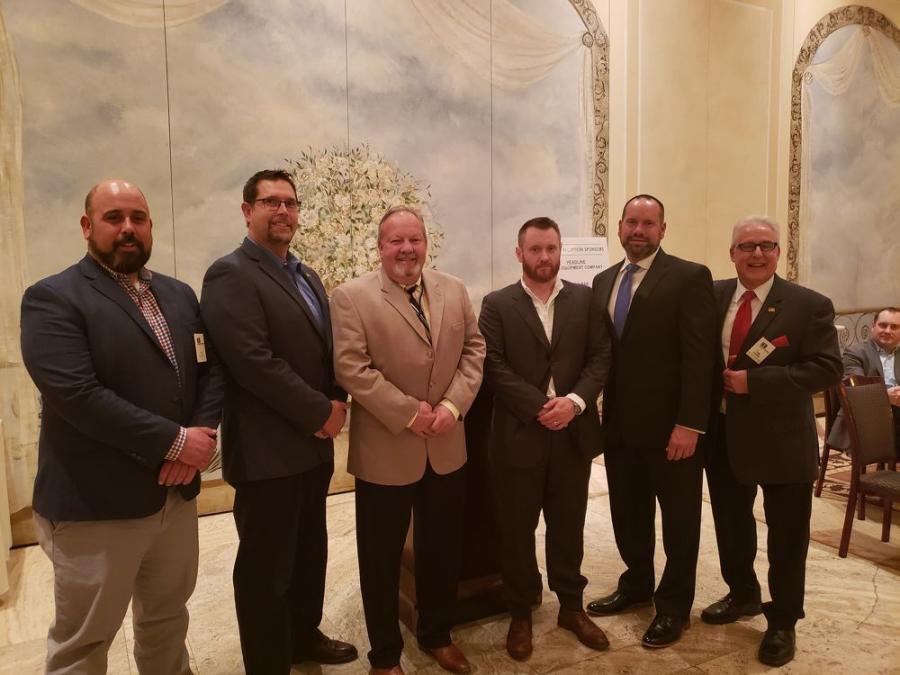 The Illinois Equipment Distributors Association held its 54th Holiday Reception and Installation of Officers at Venuti's Restaurant and Banquets on Dec. 16, 2021. The newly installed 2022 board of directors is made up of the following:

This festive event included celebrating the Illinois Equipment Distributor's 70th Anniversary in 2021 — clearly a milestone in the association's history. Membership continued to grow in the past year, especially among new associate members.

Members of the Associated Equipment Distributors management team were in attendance and contributed to the evening's presentation.

President Jason Zeibert received the IED Presidential Plaque acknowledging his leadership in the past year. Zeibert described to the audience his appreciation for all those individuals that joined his successful efforts in making 2021 a year to remember. CEG