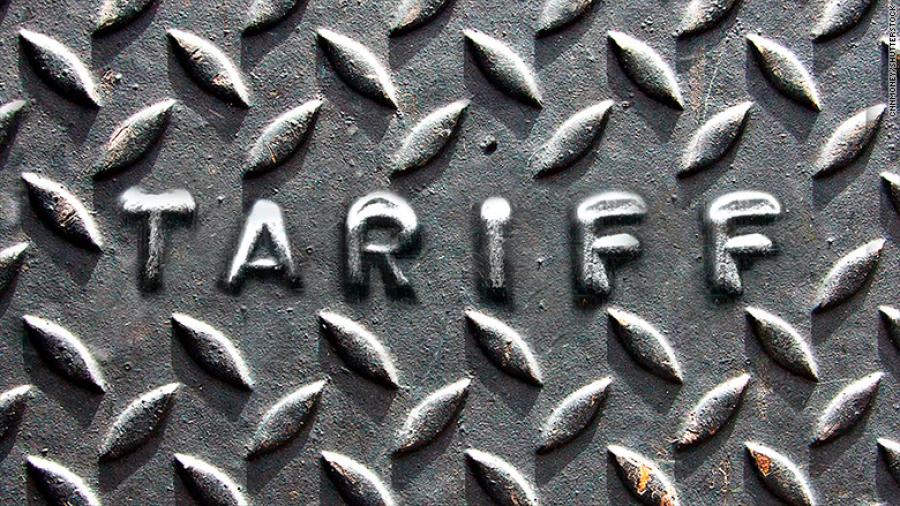 Some construction and heavy equipment associations expressed utter dismay recently at the Trump Administration's steel and aluminum tariff decision. Yet other industry reactions to the Mar. 8 announcement were more measured, almost hopeful. The disparity in responses is a reminder that economics is not a hard science, let alone a settled one. The eventual impact of steel and aluminum tariffs is unknown, the ultimate consequences unset in concrete.

Tariffs may, in fact, be more political science than anything else. They are enacted on behalf of targeted constituencies, often are employed as a negotiating tactic, and are arbitrarily imposed and rescinded. They are very much a political tool. Which is not to say a 25 percent tariff on imported steel and 10 percent tariff on aluminum is without economic consequence.

"If you accept the premise that steel is used in construction, then construction workers are going to be hurt some" said Dr. Peri da Silva, an international trade economist in the Department of Economics faculty of Kansas State University. “There are not a lot of other ways to say that. Anyone who uses steel is going to be economically hurt. Everyone who works in industries that use steel will lose a little bit, and the steel industry is going to benefit.”

Without question, the price of steel and aluminum products will go up, so profit margins will be squeezed. Rebar and steel beams for bridges or multistory structures will cost more, so project costs will increase. Heavy equipment manufacturers will pay more for steel and aluminum components, so machines will cost more to produce, a cost they may pass along to customers. Terex Corp. already has announced it will impose a surcharge on its equipment to offset new costs incurred from the tariffs.

The Associated Equipment Manufacturers certainly was not pleased at news of the tariffs.

“The equipment manufacturing industry is profoundly disappointed at President Trump's actions today to advance import tariffs on steel and aluminum,” said Dennis Slater, AEM president. “These 'Trump Tariffs' will put U.S. equipment manufacturers at a competitive disadvantage, risk undoing the strides our economy has made due to tax reform, and ultimately pose a threat to American workers' jobs. President Trump should back away from these tariffs and redouble his efforts instead on policies that will create manufacturing jobs — not put them at risk.”

Sandherr went on to say a better way to boost the domestic metals industry is “to increase federal funding for infrastructure projects that will boost demand” for aluminum and steel. In other words, he proposes that Washington simply spend its way out of the mess.

However, hardline critics of the tariff decision were not the only responders. Brian P. McGuire, president and CEO of Associated Equipment Distributors, expressed concern and said the organization would monitor implementation of the tariffs and try to limit the impact on construction equipment dealers.

“The United States operates in a global economy and when a country takes protectionist measures it will always raise concerns about the negative impacts,” he said. “However, similar to legislative and regulatory actions, the details matter and implementation is crucial. The coming weeks will be important to assess the Trump Administration's commitment to accommodating the concerns of our key trading partners and allies ...”

The administration has already begun to accommodate. It declared at the outset that Canada and Mexico would be exempted from the tariffs, at least while the North American Free Trade Agreement is being renegotiated, an unsubtle negotiating tactic. Other carve-outs have been suggested for Australia and other allies. Such variables are among the implementation tools the administration can wield going forward.

Researchers at Barclays Investment Bank see relatively little negative impact from the tariffs — if the administration uses its exemption tools adroitly and avoids a full-blown trade war. After all, the researchers noted, steel and aluminum constitute just two percent of total imports, so prices and economic growth will not be hugely impacted, even indirectly.

“We expect the direct economic effects of anti-trade policies in these industries to be limited, given their small share in total goods imports,” Barclays said in a formal statement.

The academic da Silva made the same point in an interview following the tariff announcement.

“We're not talking about changing the U.S. trade imbalance with the rest of the world. The tariffs are targeted to a specific set of concerns. It might seem like the administration is doing something enormous, but when you look at it, it is a small part of the economy.”

True, but no matter how you look at it, steel is a big part of the world of construction. There is no getting around that, though keeping the tariffs in perspective is a valid point. A 25-percent tariff on imported steel so U.S. steel producers can compete globally doesn't mean the price of a piece of equipment or cost of a project will increase 25 percent.

“Some countries have already been excluded from the measure,” said da Silva, “so right there you already have a significant chunk of steel that will not be taxed.”

He speculated that the increase in the cost of a finished product might be two or three percent — which is still an increase, of course.

The professor finds the president's rationale problematic. He noted that tariffs usually are placed on imports because another country has been “dumping” on the United States, that is, exporting heavily subsidized products at cut rates to wreck a market. Or tariffs are imposed as a countervailing response to tariffs in place elsewhere.

“But the president chose national security as the reason for the tariffs, which hadn't been used since the early 1980s. It was an unusual decision and an unclear argument to make. It doesn't look to me like we have a national security emergency. It's not clear to me that national security applies here, but that is just my humble opinion.”

On the other hand, observers note that by citing an ambiguous threat to national security, the president has left himself wiggle room to arbitrarily declare an end to the threat and to rescind the tariff proclamation. Statistical indications of economic progress need not be cited in justifying a roll-back under those circumstances.

Some suggest the tariffs are principally a negotiating maneuver in NAFTA talks. Chinese steel and other products sometimes gain back-door entry into the United States via Mexico via transshipments. Yet da Silva believes a strong case has not been made for threatening Mexico and Canada with tariffs. “We can't make this up as we go along.”

One week after the tariff announcement, neither academic nor real-world observers know how the situation will be resolved. There may be a debilitating trade war with losses all around, or accommodations may be made to avoid such an economic confrontation. There may be a marginal uptick in steel and aluminum prices that mildly discomfits contractors and equipment dealers and benefits steelworkers, or entire construction projects may be shelved as too expensive.

In January, the Trump Administration announced 30-percent tariffs on solar panels and washing machines. Free trade proponents denounced those tariffs, too, to which an administration spokesman responded in a CNN interview: “We really believe in free, fair, open, and reciprocal trade. We'd love to see the European commission drop its tariffs on many of the items we would like to export. We are just looking for a level playing field.”

While the tariffs may or may not be a good thing for the construction industry, they certainly should not come as a shock. The tone of some industry responses was incredulous, as if they could not have imagined this happening, whereas da Silva was not at all surprised.

“The president promised action on trade policy. He was very vocal about it during the campaign. He raised a series of trade concerns, not necessarily all justified, but he raised the issue with voters. Under those circumstances, one should expect something like this to happen.”

A look back at the article we did in 2003 - Steel Tariffs Affect Few in Industry; Lift Praised