Construction projects are halted in India’s capital as it battles pollution that is 90 times the level considered safe by the World Health Organization. 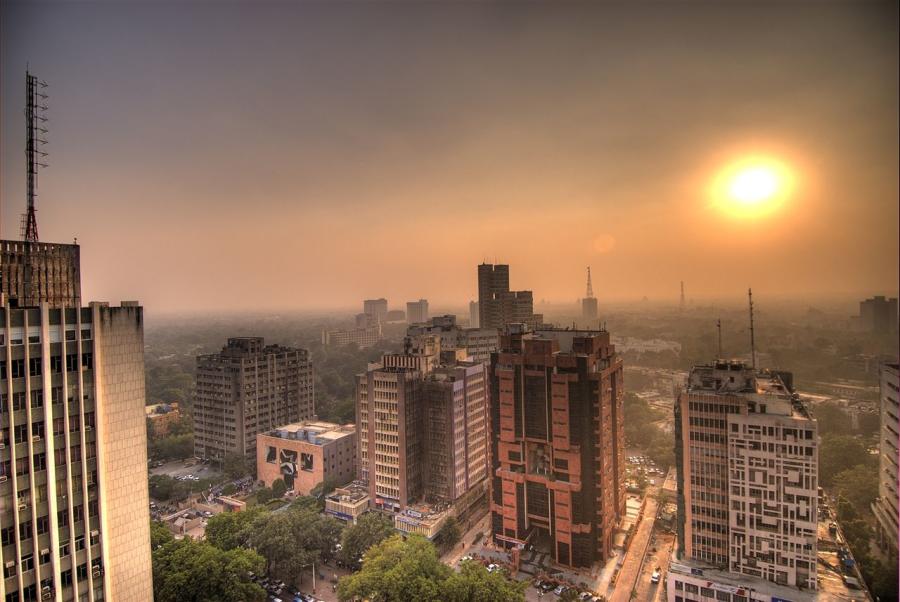 NEW DELHI (AP) India's capital announced a slew of measures Nov. 6 to combat the crippling air pollution that has engulfed the city, including closing down schools, halting construction and ordering that all roads be doused with water to settle dust.

New Delhi, one of the world's dirtiest cities, saw levels of PM2.5 — tiny particulate matter that can clog lungs — soar to more than 900 micrograms per cubic meter on Nov. 5. That's more than 90 times the level considered safe by the World Health Organization and 15 times the Indian government's norms. The severe weekend pollution followed a week of constant gray smog.

New Delhi's chief minister, Arvind Kejriwal, told reporters after an emergency meeting of his Cabinet that schools would be shut for three days, and all construction and demolition activity halted for at least five days. He also said a coal-fueled power plant on the edges of the city would be shut for 10 days.

The other measures announced include a 10-day ban on the use of all diesel-powered electricity generators, except at places such as hospitals and cellphone towers. Starting Nov. 10, all major roads in the city will be vacuum cleaned once a week, Kejriwal said.

The chief minister also said people should avoid going outdoors until the pollution levels drop and should try to work from home as much as possible.

Kejriwal said that a major contributor to New Delhi's pollution is the crop fires in neighboring states. At the start of every winter, farmers in the states of Punjab, Haryana and Uttar Pradesh begin burning straw from their rice paddy crop to clear the fields for planting wheat.

The Centre for Science and Environment, a New Delhi-based research and lobbying organization, said government data shows that the smog that had covered the city for the last week is the worst in 17 years.

Over the last few years, New Delhi's government has tried a handful of methods to control air pollution, including stricter emission norms for cars and a tax on diesel-fueled trucks that enter the city. It also has barred the burning of leaves and garbage in the city.

Earlier this year, the city reduced the number of cars on the roads during the winter months, when air quality is at its worst. Twice the city imposed a two-week period in which cars were allowed on the roads only on even or odd days, depending on the vehicle's license plate number.

On Nov. 7, Kejriwal said that the government was assessing whether it needed to reduce the number of cars again.