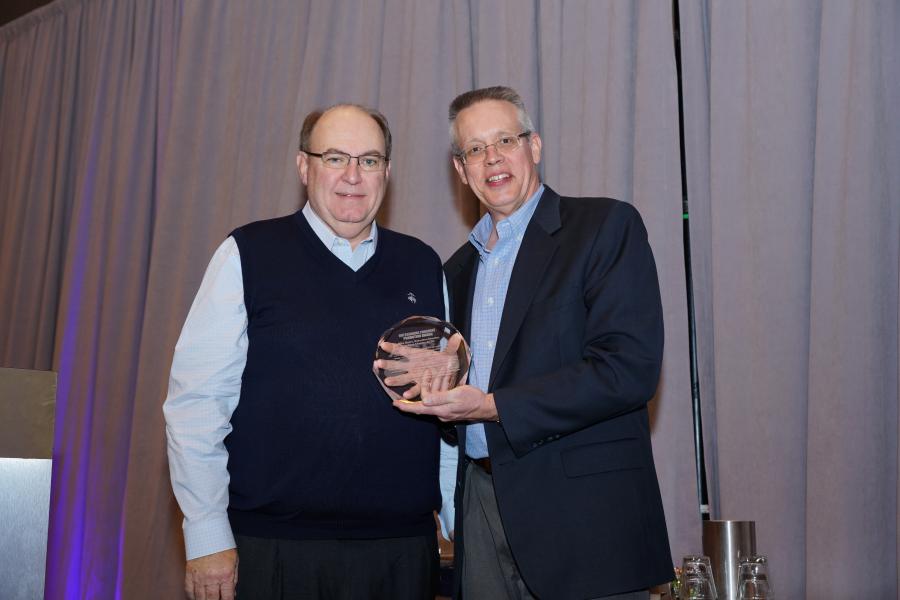 The American Concrete Pavement Association (ACPA) presented its 2019 Outstanding Pavement Promotion Award to Mike Byers, executive director, Indiana Chapter — ACPA. This award recognizes Byers' leadership in advocating for the use of concrete pavements and his work in improving the design, constructability, preservation and maintenance of Indiana's roads and highways.

The award also recognized his collaboration with the Indiana DOT and Purdue University (including some 45 study advisory groups) has made a positive and lasting impact on the many individuals you have mentored, guided and supported.

"By making concrete pavements and concrete promotion your life's work, you have earned the respect of a grateful industry, which recognizes you as a soft-spoken, powerful leader, promoter and local expert," said Gerald F. Voigt, ACPA president and CEO.

The ACPA Outstanding Pavement Promotion Award has been awarded selectively since 1998. It is presented to an individual or group who has made significant contributions through promotion efforts or programs to advance the awareness, specification, and/or placement of concrete pavements. The recipient must be an employee of an ACPA member-company, ACPA national staff, or staff of a local chapter/state association affiliated with ACPA.