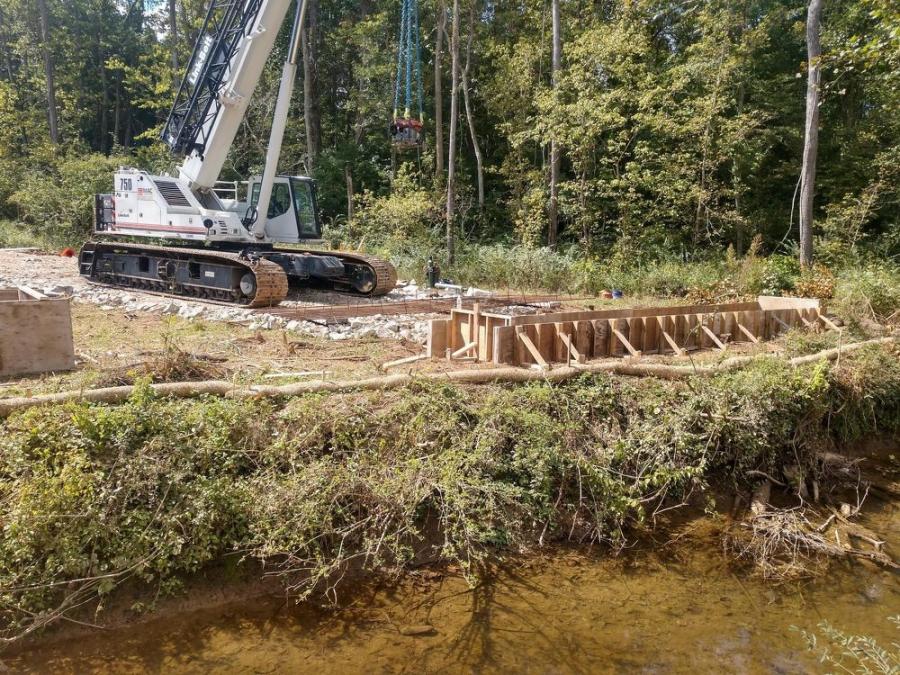 The most time-consuming parts of the project are building the embankment over soft soils, bridge construction and tying into the existing roadway. (WSP photo)

In southern Indiana, work is continuing on a roughly $14.5 million project that will provide a continuous route for heavy-haul vehicles between River Ridge Commerce Center and the Port of Indiana at Jeffersonville. This includes an interchange with SR 265, which was constructed as part of the East End Crossing of the Louisville-Southern Indiana Ohio River Bridges Project. 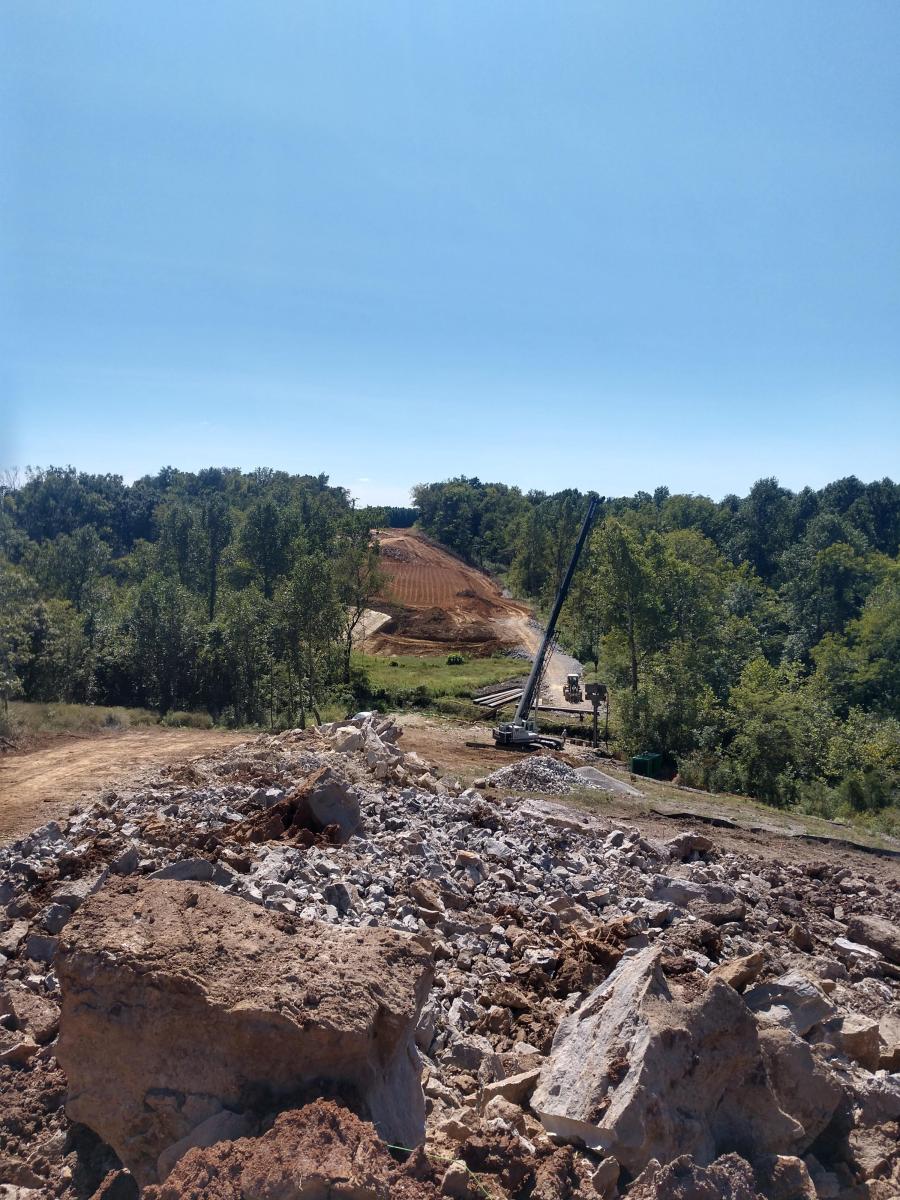 "The new route is designed to heavy-haul standards to accommodate vehicles of up to 134,000 pounds," said Natalie Garrett, Indiana Department of Transportation (INDOT) public relations director.

The route will serve the growing freight traffic in the area between River Ridge and the Port of Indiana. The increase is due mostly to the 2016 opening of the East End Crossing, connecting the east side of Louisville, Ky., with Clark County, Indiana. The two-lane roadway is being built, in part, to serve a new bridge over Lentzier Creek.

Construction on this section of the Heavy Haul Transportation Corridor began last fall, with a groundbreaking ceremony held in November 2019. Among those in attendance were Jeffersonville Mayor Mike Moore; Brian Dixon, Clark County engineer; and Kathy Eaton-McKalip, director of LPA/MPO grant administration of INDOT, as well as project representatives and numerous leaders from the community and area businesses.

According to Ryan Cox, INDOT area engineer, the biggest challenges tied to the critical new infrastructure project have been obtaining access to necessary property and the relocation of existing utilities.

"The project was let with both property and utility exception, which has to be worked through during active construction versus being clear before the contract was awarded. Concerns include safety of the traveling public on existing roads that intersect the Heavy Haul Transportation Corridor [Utica-Sellersburg Road and Old Salem Road], as well as the safety of the crews on site. This includes operators and laborers, who must be aware of changing field conditions, especially when working around and using heavy equipment and machinery."

The route is being built as a two-lane urban minor arterial road with 14.5-in. thick pavement over a lime stabilized subgrade, and the roadway will consist of two lanes 13 ft. wide with 11-ft. outside shoulders and a design speed of 35 mph. The most time-consuming parts of the project are building the embankment over soft soils, bridge construction and tying into the existing roadway. 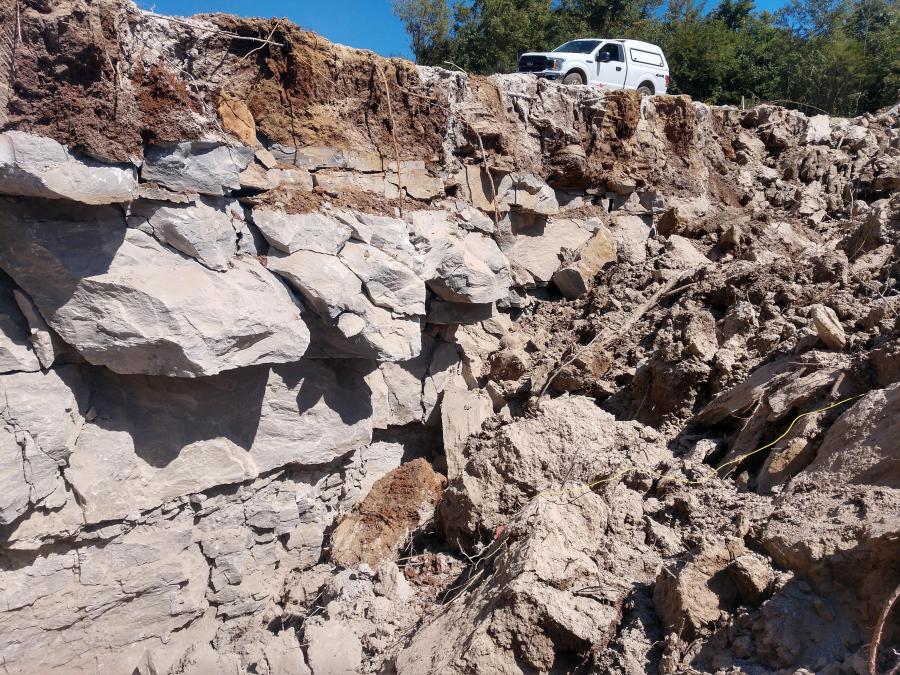 As for unexpected problems, "Soft soils have been an issue, which were addressed via change order with cement and lime drying agents to stiffen existing soils. Utility relocations have slowed progress, due to scheduling conflicts."

As with any construction project, the elements are a concern.

"Any inclement weather could impact the access and mobility of hauling and placing embankment," said Cox.

The various heavy machinery located at the job site is being used for digging out, moving and compacting material, in addition to installing pilling and bridge beams, among other tasks. Materials required to complete the work include drainage structures, various sizes of aggregate, steel piling, rebar and concrete.

Approximately 225,000 cu. yds. of dirt/material will be moved on the project. Prior to construction, the project site was a densely wooded area. Preparation work included surveying, drilling, completion of a geotechnical report and the clearing of existing trees and vegetation.

MAC Construction serves as the general contractor for the project. MAC is one of the larger contractors in the immediate area of the project, performing small-to-medium utility and local municipality work in southern Indiana. WSP is the consulting firm performing all construction inspection activities for INDOT. The project is being overseen by Seymour District Construction (INDOT). 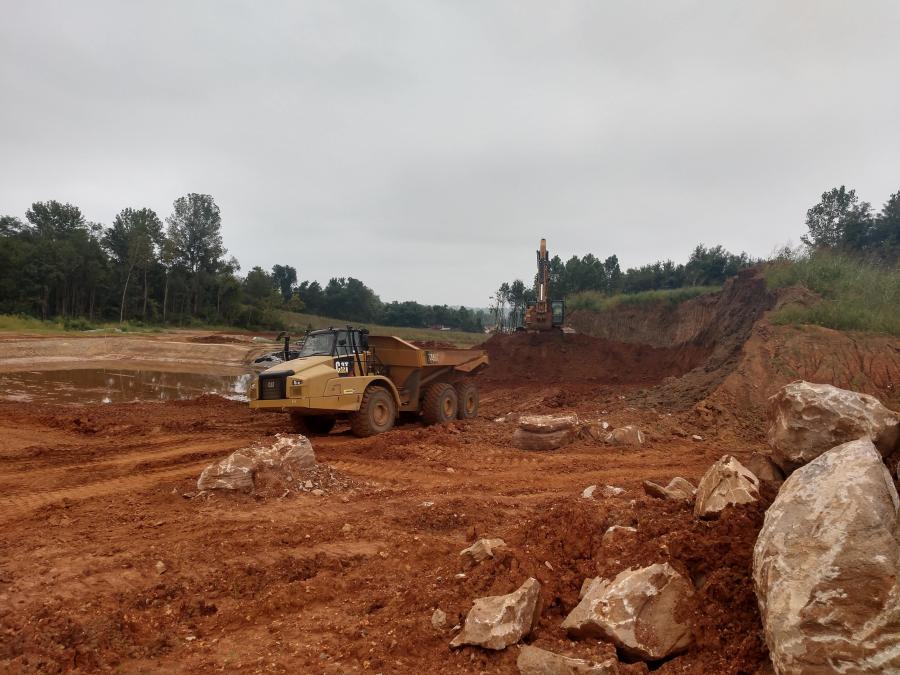 "By means of an inter-local agreement, the many stakeholders have been working on this for some time," said Ron Heustis, INDOT project manager. "The effort has been closely coordinated with the East End Crossing project and work on other local routes in the area. The section of the Heavy Haul Transportation Corridor from SR 265 into River Ridge was completed and opened in 2017, shortly after the opening of the East End Crossing. The section from SR 265 into the Port will complete the corridor when opened."

According to INDOT's website, acquisition of right-of-way for a new rail connection between River Ridge and the Ports of Indiana is scheduled to begin after the Heavy Haul Corridor has been completed. The right-of-way acquisition will require a separate environmental study from the Heavy Haul Transportation Corridor report. This new corridor would allow for future construction of a rail line that would enable Indiana's Ohio River port to increase freight capacity and transfer bulk shipments more efficiently from tracks and rail to barges. The estimated cost of the right-of-way is $1.3 million.

The Heavy Haul Transportation Corridor project is funded by a combination of state, federal, local and private dollars. The project is expected to be complete by fall of 2021. CEG