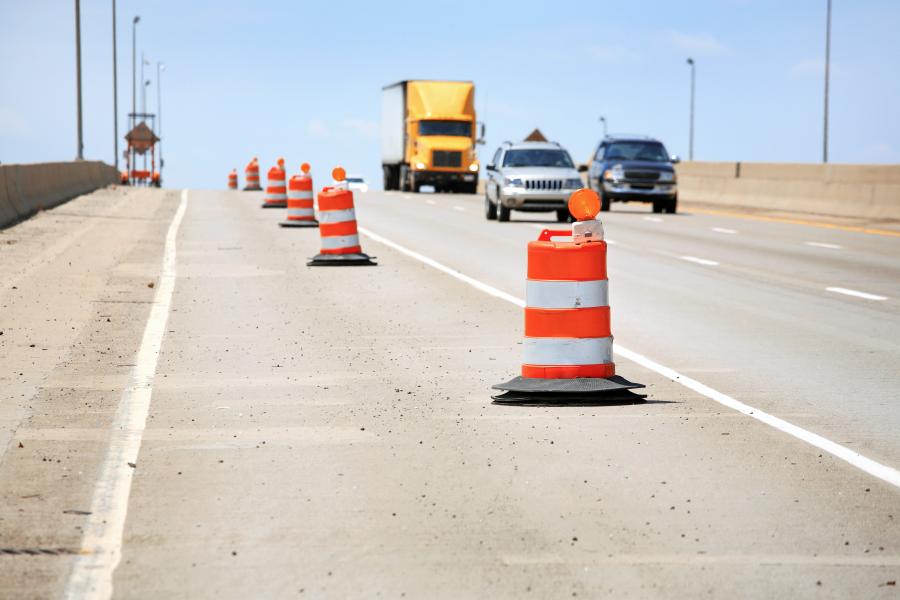 The transportation construction industry anticipates the one-year extension of the FAST Act surface transportation authorization, which is set to expire at the end of September. Passage of the extension looks likely after Congress reached a tentative agreement on Sept. 18. Finalization, expected soon, will be a relief to a coalition of 88 construction and transportation organizations who urged Congress to pass legislation for President Trump's signature.

"The undersigned 88 organizations urge you to pass legislation to the president before September 30 that includes a turn-key, one-year extension of the current surface transportation law with increased investment levels," the group, including American Road & Transportation Builders Association, Associated General Contractors of America and the Association of Equipment Manufacturers, wrote Congress.

The coalition of stakeholders also asked for emergency federal funding for state departments of transportation and public transit agencies — $37 billion and $32 billion, respectively — and provisions to ensure solvency of the Highway Trust Fund for the duration of the extension at a minimum.

"Public agencies continue to face COVID-19 pandemic-induced revenue declines. As a result, state and local entities already delayed or cancelled $8 billion in surface transportation projects, with more on the horizon absent any clear sign of support from the federal government," read the industry letter to Congress.

Failure to approve a one-year extension with increased funding for the purpose of stability would only exacerbate this dire situation, the coalition stressed.

Passing legislation that includes the three priorities would enable critical improvements that increase the safety and efficiency of the surface transportation system, they maintain.

"This timely action by Congress would tangibly enhance the quality of life for all Americans and jumpstart America's economic recovery. Thank you for your leadership in addressing these critical issues. We look forward to working with you to approve such legislation before September 30."

Congressional leaders from both houses agreed that few policy changes would be attached to the Fixing America's Surface Transportation, or FAST, Act extension, according to ARTBA. The extension will fund surface transportation programs over the next 12 months.

ARTBA noted, however, the extension does not account for "the erosion of purchasing power caused by inflation, $47.1 billion for highway programs and $12.3 billion for transit programs."

Only a General Fund transfer will ensure Highway Trust Fund (HTF) solvency during the extension, and estimates of the amount needed to cover the difference between current balances and expected user fee revenues differ widely.

The Senate Environment and Public Works Committee unanimously passed the highway portion of FAST Act replacement legislation in July 2019, but other committees with jurisdiction failed to move forward on their portions of the bill.

The House moved a $1.5 trillion infrastructure package July 1 that included its version of a new reauthorization of federal highway and public transit programs, reported ARTBA.

The organization vowed to push Congress for dedicated aid to state departments of transportation and public transit agencies dealing with pandemic-induced revenue shortfalls.

The five-year, $494 billion surface transportation bill released by the House Transportation and Infrastructure committee in June would direct monies from the HTF to grant programs.

The INVEST in America Act would provide $411 billion in contract authority out of the HTF, according to AASHTO.

Within this long-term funding program, more than $83 billion would be earmarked as an extension of the FAST Act.

It would ensure that states, cities, tribes, territories and transit agencies continue programs and projects and preserve jobs, in the aftermath of the COVID-19 pandemic.

The funding further breaks down as follows:

The act falls in line with an AASHTO request to Congress for a $50 billion "backstop" to help state departments of transportation cope with severe near- and long-term revenue losses due to the COVID-19 outbreak.

The committee noted that this Year One funding allows highway, transit and safety funds to be made available at 100 percent federal share, with about a quarter of total funding available for additional eligibilities, including salaries and operating expenses, reported AASHTO.

"Reauthorizing the federal surface transportation programs before they expire this fall is a priority for state DOTs and this is the first step in that process in the House," said Jim Tymon, AASHTO's executive director.

"We appreciate that Chairman DeFazio's proposed legislation recognizes the challenging financial situation that state DOTs are in now due to the national COVID-19 response."

Tymon also termed "disappointing" the fact that the bill's development was not bipartisan.

He stressed that transportation has "traditionally been a bipartisan issue" and both sides of the aisle must work together to get a surface transportation bill "over the finish line."

Tymon said the association remains encouraged that infrastructure appears to be a priority in both the House and the Senate.

"We look forward to working with Congressional leaders to enact legislation before the expiration of the FAST Act that will fully fund the Highway Trust Fund and ensure the nation's transportation system remains the backbone to economic vitality and overall quality of life," he said.

An AASHTO analysis of the bill noted the biggest changes proposed by the surface transportation package have to do with the addition of new formula and discretionary grant programs.

The bill also calls for a study led by the FHWA and AASHTO to examine how to "modernize" surface transportation funding formulas and factors.

Regardless of whether funding covers the short-term or offers a long-term solution, the transportation construction industry wants solid assurance that work will continue.

The Association of Equipment Manufacturers urged Congress to pass the one-year FAST Act extension before it expires in September.

"Now more than ever, we need congressional leaders to rise to the occasion and help keep the wheels moving on critical infrastructure projects across the country," said Dennis Slater, AEM president.

"As states and local governments continue to see budget shortfalls due to COVID-19, ensuring that the much-needed repair and modernization of our surface transportation system can continue will create American jobs and boost demand for construction equipment," he added.

The demand is vital to the longevity of the equipment manufacturing industry, and extending the FAST Act is the first step, said Slater.

"We still need for members on both sides of the aisle to work together on a long-term, fully funded reauthorization that will better prepare our roads, highways, bridges and public transit systems to meet the demands of a globally competitive 21st century economy."

The Associated General Contractors maintains cautious optimism regarding passage of the extension, which it believes would likely be considered as part of a continuing resolution to temporarily fund the federal government.

In a September statement, the AGC said that key negotiators need to decide how much money should be deposited into the Highway Trust Fund so that it can support the funding levels in the extension.

"Making this decision more complicated is the fact that the Congressional Budget Office [CBO] and the U.S. Department of Transportation [DOT] differ significantly on the amount of money required."

Further complicating matters is whether or not certain negotiators will insist that any amount be "paid for." AGC said it does not expect any emergency funding for state departments of transportation and public transit agencies to be included in the continuing resolution.

"AGC will continue to urge Congress to pass a one-year extension with the maximum amount of money possible for the HTF in order to provide certainty to the construction industry."

"Improving our nation's infrastructure is critical to America's 3.6 million truck drivers," said Randy Guillot, ATA chairman. "Every day, they must traverse our country's sinking roads and sagging bridges in order to meet the demands of consumers and provide for our recovering economy."