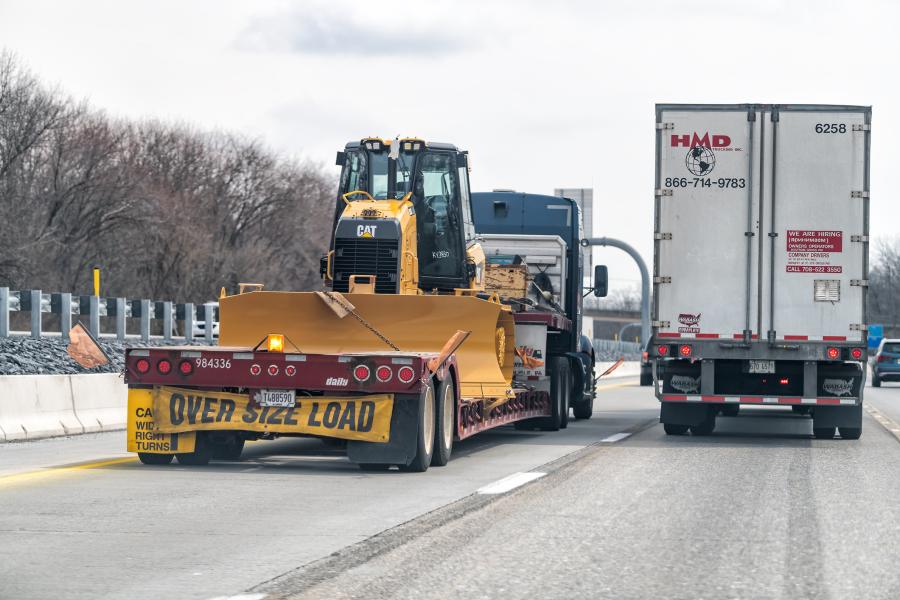 The rules will provide America's truckers "greater flexibility to keep America moving," said U.S. Transportation Secretary Elaine L. Chao. "The Department of Transportation and the Trump Administration listened directly to the concerns of truckers seeking rules that are safer and have more flexibility — and we have acted."

Based on the thousands of comments the department received, the reforms are designed "to improve safety on America's roadways and strengthen the nation's motor carrier industry," said FMCSA Acting Administrator Jim Mullen.

The HOS rules, first adopted in 1937, specify the permitted operating hours of commercial drivers. In 2018, FMCSA asked for public comment on portions of the rules, and last August the agency published a detailed proposed rule that received almost 3,000 public comments.

Petitions for Reconsideration of the final rule had to be submitted to the FMCSA Administrator no later than July 1. A coalition of safety advocacy groups, with support from the International Brotherhood of Teamsters, addressed concerns about the new rule with the FMCSA.

A petition filed by the Advocates for Highway and Auto Safety, Citizens for Reliable and Safe Highways, Parents Against Tired Truckers, the Truck Safety Coalition and the Teamsters, requests a stay of the Sept. 29 effective date of the final rule until the FMCSA administrator can further review the petition.

The final rule doesn't include a proposed provision that would have allowed covered commercial motor vehicle operators one rest break of up to three consecutive hours during every 14-hour on-duty period. That concerns the coalition.

"The final rule is not in the public interest and does not meet the agency's statutory mission in carrying out its duties to assign and maintain safety as the highest priority," the coalition stated. "The agency had failed to address the significant risk to public safety posed by fatigued drivers of CMVs at a time when large truck crashes continue to increase."

The Specialized Carriers & Rigging Association (SC&RA) renewed a five-year exemption, through 2023, from compliance with the 30-minutes rest break requirement in the rule. It applies to qualifying oversize/overweight (OS/OW) motor carriers and drivers operating mobile cranes with a rated lifting capacity of greater than 30 tons.

"On average, crane operators spend only one to two hours of on-duty time each trip driving a crane to and from a job site; however, operators have multiple periods of unscheduled breaks when they are basically ‘at rest' or ‘on break,'" for example, waiting for the scheduled time of the lift.

The problem for specialized transport drivers, cited SC&RA, is that despite effective planning, delays occur that can affect the job when a driver must take a required 30-minute rest break.

"This burden may put the motoring public at risk by causing oversized loads to be forced to park on road shoulders and exit ramps," the association maintained. 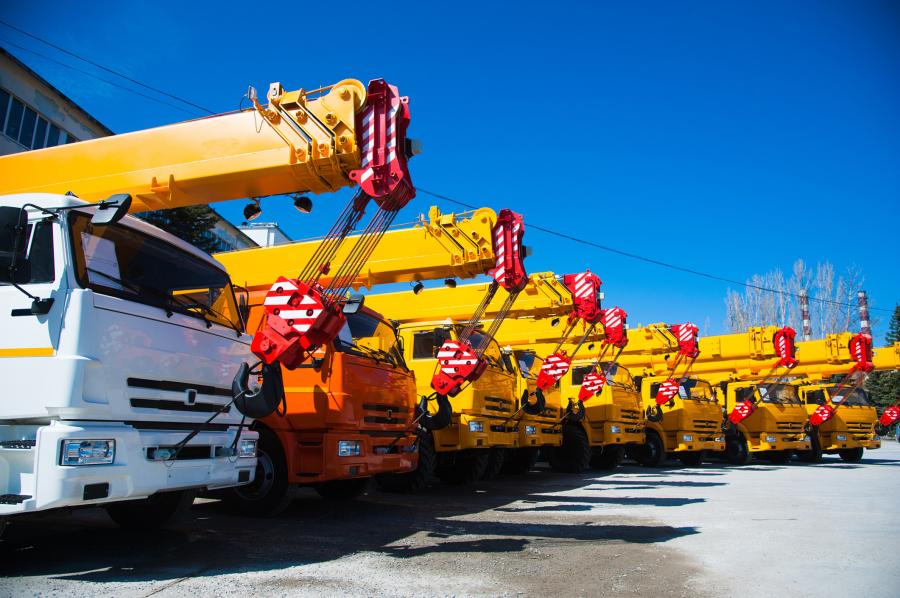 "Drivers are also required by law to park their oversize/overweight load for hours, and even days, at state lines/borders while they wait for the next jurisdiction's OS/OW permit days/hours of operation to allow compliant passage. This regulation can be cumbersome to completing specialized moves and lifts," noted SC&RA.

"Today's rule is the result of a two-year, data-driven process and it will result in needed flexibility for America's professional truck drivers while maintaining the safety of our roads," said ATA President and CEO Chris Spear. "This regulation, which, while maintaining the core limitations on drivers' work and rest cycles, makes smart changes to portions of the rules."

The Owner-Operator Independent Drivers Association (OOIDA) has lobbied over the years against the existing HOS rules, which it believes are not sensible for today's trucking industry. It said the Notice of Proposed Rulemaking "represents a welcomed shift toward developing regulations that better reflect the realities of trucking and improve safety for all highway users."

OOIDA supports the agency's approach, which it believes will provide drivers "more opportunities to rest when they are tired, to stay off the road during adverse driving conditions, and to maintain greater control over their own schedules."

And, the Truckload Carriers Association applauded the FMCSA for receiving input from stakeholders to craft flexible regulations while improving safety and for expediting the changes. "We especially thank the agency for moving forward with additional sleeper berth flexibility. While TCA and our members advocate for full flexibility in the sleeper berth for our drivers, FMCSA's new regulations demonstrate that we are one step closer to achieving that goal."

In an article on HOS, Benjamin Ross, attorney with Atlanta, Ga., law firm Fisher Phillips, wrote that the rule is a further attempt to aggressively promote efficiency while maintaining high safety standards. The revisions make significant changes, and Ross explains what they mean for the trucking industry:

The new HOS rule expands the short-haul exception to 150 air-miles and allows a 14-hour work shift to take place as part of the exception. The exceptions to the HOS rules are the most scrutinized section of the regulations, writes Ross, because they allow drivers to avoid creating a Records of Duty Status (RODS) using an Electronic Logging Device (ELD).

"The short-haul exception for property drivers is likely the most used exception to the HOS rule. Allowing Commercial Driver's License drivers that report daily to the same location to drive a Commercial Motor Vehicle without completing RODS or using ELDs, it affects every industry that uses CDL drivers."

The short-haul exception previously specified that drivers could operate only within a 100 air-mile radius and work 12-hour shifts. With one air mile equaling approximately 1.15 land miles, the benefits of the distance and time extensions in the revised rule is significant, believes Ross.

"It will allow businesses to expand operations without creating RODS or rotating drivers to keep them eligible for the exception within a rolling 30-day period. The new rule will be much like the short-haul exception applied to vehicles that do not require a CDL. Addressing a shortage of CDL drivers, this rule may also help businesses outside the trucking industry to pursue additional work because they will need fewer CDL drivers," he wrote.

"Finding that expanding the driving window will encourage slower driving and provide drivers more time to both complete their run or reach a safe location, the FMCSA believes that the rule change will make the roads safer," he wrote.

The HOS rule requires a 30-minute break after eight hours of driving time instead of on-duty time, and allows an on-duty/not driving period to qualify as the required break. The current rule reads that drivers are off-duty during their break and must take a break after being on-duty for eight hours, regardless of their time spent driving. A driver not actively driving for at least 30 minutes counts as the required break.

"The agency believes that this rule will not decrease the breaks that drivers take, instead supplying flexibility for when they take a continuous 30-minute break. Now drivers can count paperwork, fueling and loading and unloading as breaks," noted Ross.

The revision modifies the sleeper berth exception to allow a driver to meet the 10-hour minimum off-duty requirement by spending at least seven, rather than at least eight hours of that period in the berth. It also specifies a minimum off-duty period of at least two hours spent inside or outside of the berth, provided the two periods total at least 10 hours, and that neither qualifying period counts against the 14-hour driving window.

Currently, the sleeper berth rule requires an eight-hour period in the berth and a two-hour off-duty period that counts against the driving window. "Considering that most drivers sleep between six and eight hours, the FMCSA reasons that requiring them to spend a full eight hours in the sleeper berth simply limits their ability to take more rest breaks," wrote Ross.

"The new rule requires that drivers are off duty for 10 hours broken into two periods: one of at least seven hours in the sleeper berth, and one of at least two hours off-duty. Together, neither counts against the driving window," he continued.

Like the other changes, this revision to the sleeper berth rule gives drivers more flexibility, allowing them to take more breaks to nap and rest, noted Ross.

"The FMCSA believes that this change will increase efficiency while maintaining safety, because studies show that most drivers sleep between six to eight hours and naps and breaks allow drivers to avoid physiological sleepiness or performance deficits."

"The trucking industry is a key component of the national economy, employing more than seven million people and moving 70 percent of the nation's domestic freight," she continued.

"FMCSA's final rule is crafted to improve safety on the nation's roadways. The rule changes do not increase driving time and will continue to prevent commercial motor vehicle operators from driving for more than eight consecutive hours without at least a 30-minute break." CEG