Industry Leaders React to Trump's State of the Union Address 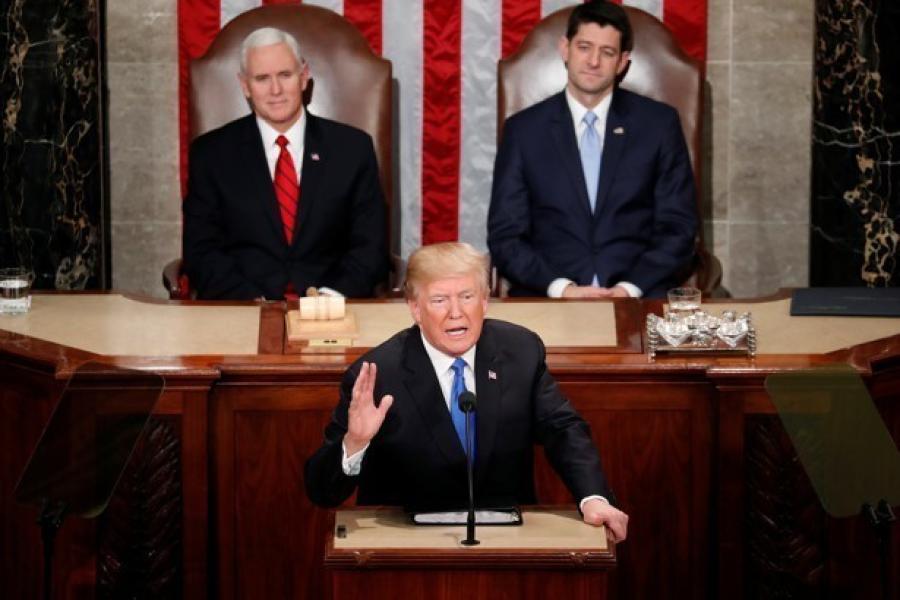 In his remarks, Trump focused on two key infrastructure areas—rebuilding and speeding up the process for obtaining permits, The Hill reported.

President Trump called to Congress to put together a substantial infrastructure bill in his State of the Union address Jan. 30. In his remarks, Trump focused on two key infrastructure areas—rebuilding and speeding up the process for obtaining permits, The Hill reported.

“I am asking both parties to come together to give us the safe, fast, reliable and modern infrastructure our economy needs and our people deserve… I am calling on the Congress to produce a bill that generates at least $1.5 trillion for the new infrastructure investment we need,” Trump said.

Here's what we know about the infrastructure plan so far:

Meanwhile, industry organizations have made their feelings about the anticipated infrastructure bill known.

ARTBA President and CEO Pete Ruane issued this statement prior to the State of the Union address Jan. 30:

“The ball is in Capitol Hill's court.  If scientists can clone monkeys, Congress ought to be able to figure out how to raise federal dollars to fix the Highway Trust Fund and modernize our choking National Freight Network.  Those are the top two infrastructure priorities.”

"We are pleased that President Trump continues to highlight the need for additional federal investment in infrastructure. AASHTO has for years called for a long-term strategy to shore up the Highway Trust Fund in order to maintain federal investment in surface transportation. We are looking forward to seeing the President's infrastructure plan and working closely with the administration and Congress to advance a robust, long-term infrastructure bill that supports needed reforms such as streamlining project delivery in ways that also protect our natural resources."

Brian P. McGuire, president and CEO of Associated Equipment Distributors, released this statement after the address:

“While AED commends President Trump for continuing to focus on infrastructure investment, the time is long overdue for words to become action. Every day there are numerous examples of structurally deficient bridges, dams and levees and inadequate roads, airports and pipes. Time is wasted in traffic or sitting on an overcrowded runway. Clean water is squandered as water mains break. Lives are put at risk.

“Our infrastructure is the lifeblood of our economy. It impacts our quality of life, the competitiveness of our businesses and the safety and security of our country. Our leaders in Washington can no longer forsake their responsibility to invest in the nation's infrastructure in a long-term, sustainable manner. AED members are ready to work with members of both parties to help make President Trump's vision of a world-class infrastructure for the United States a reality. Further delay in Washington is unacceptable.”