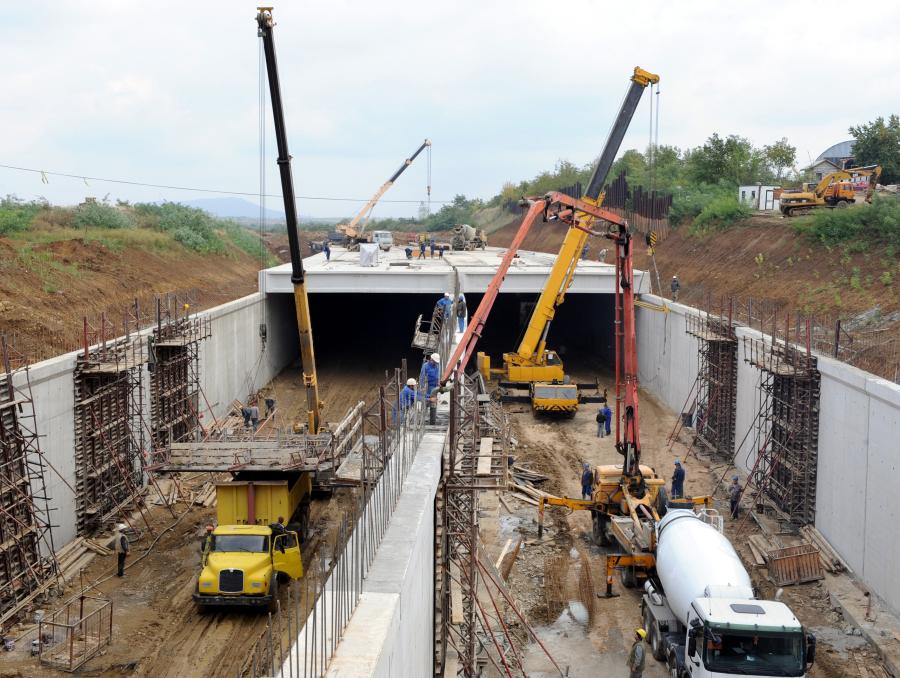 The Senate Environment & Public Works Committee unveiled the America's Transportation Infrastructure Act (ATIA), which authorizes $287 billion in funding from the Highway Trust Fund for the nation's surface transportation programs over the next five years. The legislation, which was unanimously advanced out of committee, includes provisions to improve road safety, streamline project delivery, protect the environment and grow the economy.

Provisions in the bill allows states to use federal highway funding for lock and dam modernization and rehabilitation projects to address aging and inadequate water infrastructure that threatens the viability of farmers, manufacturers, shippers and other stakeholders.

Industry leaders recently weighed in with their thoughts.

"The reports of the death of bipartisanship on Capitol Hill have been greatly exaggerated at least when it comes to transportation policy," American Road & Transportation Builders Association (ARTBA) President and CEO Dave Bauer said.

"The committee's early action is a critical first step in the lengthy legislative process. It's also a welcome departure from the series of extensions and years of delay that have plagued the last few surface transportation bills.

"We urge the Senate Commerce, Banking and Finance Committees to take timely action early this fall on their respective policy and financing components of the measure. Final passage of a bill this year provides a meaningful opportunity for members of Congress and the Trump administration to deliver on the infrastructure investment promise they have been making since the 2016 elections."

"We applaud the work of the U.S. Senate Committee on Environment and Public Works in introducing a bipartisan surface transportation reauthorization bill and moving that bill through Committee with unanimous approval," said Dennis Slater, president of AEM.

"While this is a step in the right direction, we will continue to work with members of Congress on both sides of the aisle to secure a comprehensive infrastructure package that provides adequate, sustainable, long-term funding to modernize and improve our nation's entire infrastructure portfolio."

S. 2302, The America's Transportation Infrastructure Act (ATIA) provides $287 billion over five years, representing a 27 percent increase over FAST act levels. Some other highlights of the bill include codifying the One Federal Decision Executive Order which will reduce regulatory project delays, increased investment in the Technology and Innovation Deployment Program, and expansion of the National Highway Freight Program.

"Senators Barrasso and Carper have crafted a bipartisan proposal to improve the nation's aging and over-burdened highway network that is a critical first-step and should prompt action in the Senate and House of Representatives," said Stephen E. Sandherr, chief executive officer of the Associated General Contractors of America. "It is significant that the proposed measure includes a substantial, and much-needed, boost in funding to repair clogged highways and aging bridges. But the measure also includes many thoughtful improvements to surface transportation policy that evolve a 20th century program into something more appropriate for today's transportation needs.

"Among the important policy changes being proposed are measures to speed up federal reviews and permitting for needed new transportation projects. The proposal also includes needed new workforce development measures that will help attract a new generation of Americans into high-paying construction careers.

"While we continue to evaluate the broader proposal, this measure clearly deserves timely consideration within the Senate. Moreover, it should provoke similar action out of the House. That is why this association supports the measure and will urge both houses of Congress to take advantage of its introduction to make meaningful progress on passing a bipartisan, bi-cameral highway and transit bill as soon as possible."