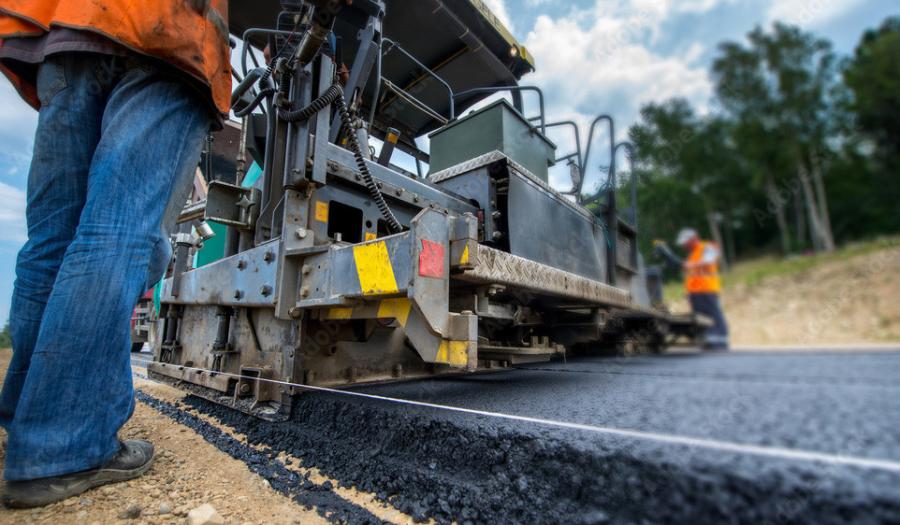 The National Asphalt Pavement Association has advocated for adequate and consistent federal highway funding for a very long time, and is ready to embark toward net-zero carbon emissions, said association CEO Audrey Copeland.

The ink is still drying on the Infrastructure Investment and Jobs Act (IIJA) as the construction industry awaits bid-letting and Congress turns to the reconciliation budget bill. After a long, hard-fought battle for funding, the industry is ready to get to work on these broad-spectrum infrastructure projects, which will color the national construction picture for years to come.

"America finally has a generation-defining infrastructure bill — and if the reconciliation budget comes through, too, America will begin a building spree larger than what happened during the New Deal," observed Brookings Institution.

It's "worth pausing to consider" the enormity of the total investment if both proposals become law, said the think-tank: The current House reconciliation version proposes roughly $500 billion in new infrastructure spending over 10 years, the organization noted.

"Combined with IIJA, the federal government could be spending $160 billion above baseline for the next five years. That would push federal spending above New Deal investments in infrastructure — as measured by federal spending as a percentage of GDP — but likely to fall short of the historic federal peak around the late 1970s."

After non-stop lobbying for a broad infrastructure bill, the construction industry's reaction to its signing was enthusiastic but cautious. ARTBA dubbed the IIJA "the most significant measure in more than 50 years to meaningfully address the condition and performance of the U.S. transportation network."

Dave Bauer, ARTBA CEO said Congress "demonstrated not only the importance of federal transportation infrastructure leadership, but that policymakers can find common ground and govern on matters of national concern." 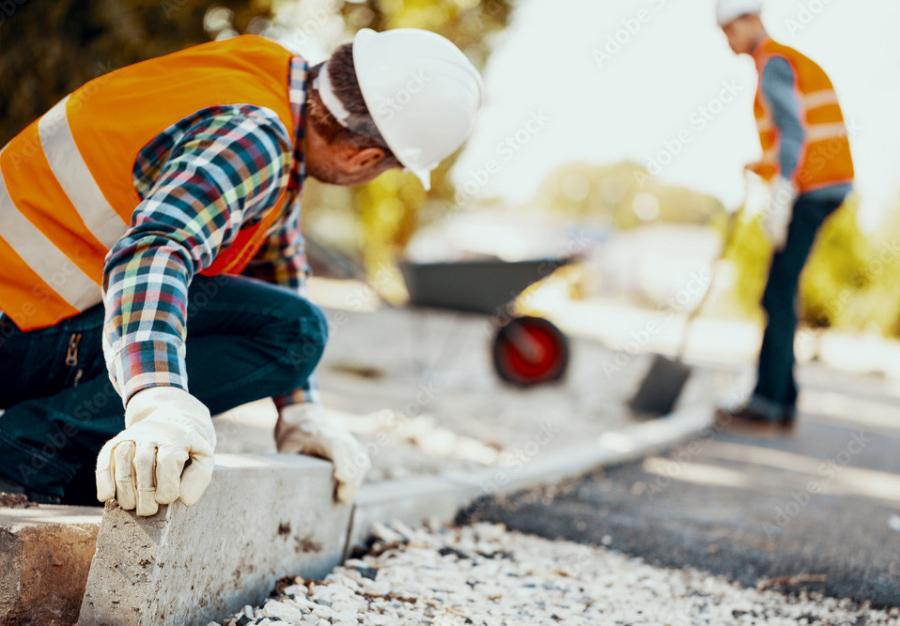 "Members of Congress have taken tangible action that will benefit every state and community across the nation," Bauer said.

Ward Nye, ARTBA chairman and CEO of Martin Marietta, was present at the White House, standing on behalf of the association and its members.

"The bipartisan infrastructure law is a victory for all Americans," he said. "Let's get to work delivering transportation project outcomes that will boost the economy and make our roadways and railways safer."

"Our work will require strong partnerships across the government and with state and local leaders, business and labor to create good-paying jobs and rebuild America for the middle class," Landrieu said.

"We will also ensure these major investments achieve the president's goals of combating climate change and advancing equity," Landrieu added.

"NAPA and like-minded organizations in the transportation construction industry, along with our engaged member companies and State Asphalt Pavement Association partners, have advocated for adequate and consistent federal highway funding for a very long time," she said.

"Asphalt pavement is already America's most recycled product, and our industry is embarking on a bold vision toward net-zero carbon emissions," she added. "We will, as we always have, do our part for our communities and our country, including our shared climate."

The IIJA is not another stimulus effort; it represents a generational shift in how and what types of projects get done, noted Brookings. Federal agencies, including DOT, DOE and EPA, have to oversee the surge in funding, including administering new grants and designing new programs.

"States and localities, from transportation departments to water utilities, have to identify and execute needed projects on the ground. And this federal, state and local coordination all comes amid continued challenges overseeing other expanded funding from the American Rescue Plan earlier this year," said Brookings.

Passage of a comprehensive infrastructure investment bill also has been a tier-one priority for the American Trucking Association (ATA), which believes IIJA will bolster highway safety, make long-overdue investments in roads and bridges and help grow and strengthen trucking's workforce.

ATA was represented at the White House, and association President and CEO Chris Spear praised the recognition by Congress that "roads and bridges are not political — we all drive them."

A majority in the House and Senate "realized this truth and did what's right for the country, not themselves," said Spear. "From farmers to truckers, the millions of hard-working people who make this country great won today." 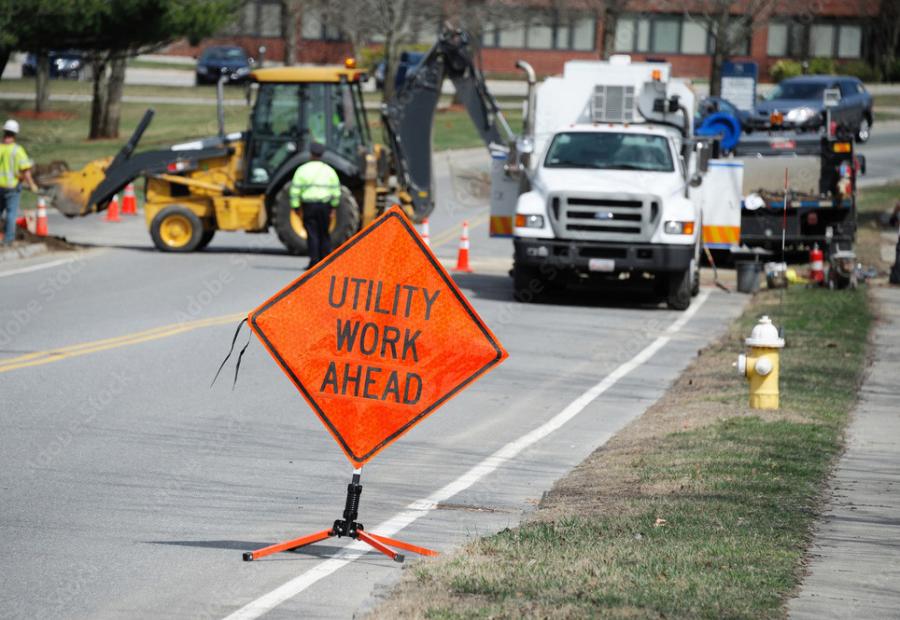 He said that ATA members can finally see the fruits of their labor in the form of a 38-percent increase in road and bridge funding and an infusion of talent in the trucking sector's workforce.

"Those lawmakers who put their constituents before themselves have now cemented a lasting legacy that the American people will see, feel and use for many decades to come," added Spear.

The types of projects pursued, and the programs channeling resources to projects, will dictate the pace at which funds reach their targets, noted Brookings. State-of-good-repair projects obviously happen faster than new system expansions.

"Funding in existing federal programs, including those distributed by formula, also tends to move faster than funding in new competitive grant programs, which involve new rulemaking," wrote the think-tank.

"From roads and bridges to better protecting communities against natural disasters to modernizing our water infrastructure network, this new law will deliver significant upgrades in every state and benefit every person," he said. "The commitment of $550 billion in new federal spending over five years represents a generational improvement that still recognizes the need for local decision-making."

The American Association of State Highway and Transportation Officials (AASHTO) listed six priorities the Biden administration expects to follow during the legislation's implementation:

According to AASHTO, USDOT Secretary Pete Buttigieg said the 24 projects that received $905 million via the Infrastructure for Rebuilding America discretionary grant program are the types of projects his agency aims to support through the IIJA.

Projects slated to receive $1 billion worth of fiscal year 2021 discretionary grants via the new Rebuilding American Infrastructure with Sustainability and Equity program later this year would also exemplify the focus for infrastructure investments.

"That'll give you a sense, but we'll have so much more to work with" via the IIJA, Buttigieg added.

"State and local transportation agencies are eager to get to work on the multi-modal projects that will provide real benefits to the people of every community across the country."

AGC praised the IIJA for its benefits to the supply-chain system, saying because of the bill's vote, state and local officials can invest in a more efficient network. 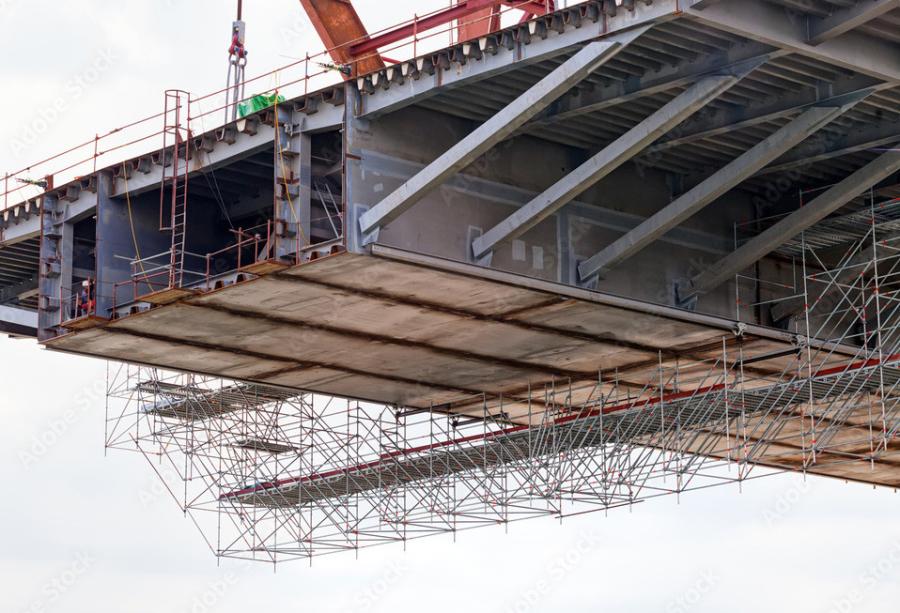 "They will also be able to improve roads and bridges to make them safer and more reliable," said Stephen Sandherr, CEO of the AGC. The American Society of Civil Engineers recently graded the country's infrastructure system at a C-.

"Metro areas will be able to better maintain and expand transit systems," Sandherr added. "And water authorities will be able to further safeguard the quality of local drinking water, among other improvements funded by this bill. The measure also provides needed investments to make infrastructure more resilient to extreme weather events."

Michael Bellaman, president and CEO of Associated Builders and Contractors (ABC) lauded the bill for the opportunity it presents to modernize the nation's infrastructure, and said ABC members are ready to bring the infrastructure system into the 21st century.

But Bellaman tempered his praise, saying ABC is wary of some of the bill's exclusionary provisions and Biden administration statements that could restrict the eligibility of American workers to compete for and participate in construction projects.

And Doug Carlson, CEO of the National Utility Contractors Association (NUCA), said, "never before has the American utility construction industry been given by Congress resources of this magnitude to improve thousands of communities across America."

"An extraordinary achievement" is how Carlson described the passing of the bill and its level of funding. And like the rest of the construction industry, NUCA members are eager to get to work.

"They'll be the ones excavating trenches for new water and wastewater lines," he said of his association's membership. "They'll be the ones replacing dangerous lead pipes to bring clean drinking water to communities across the nation. They'll be building stormwater systems and new water treatment plants. They'll also be laying new fiber-optic broadband cables, and helping to build modern ports, highways, railroads, and airports." CEG