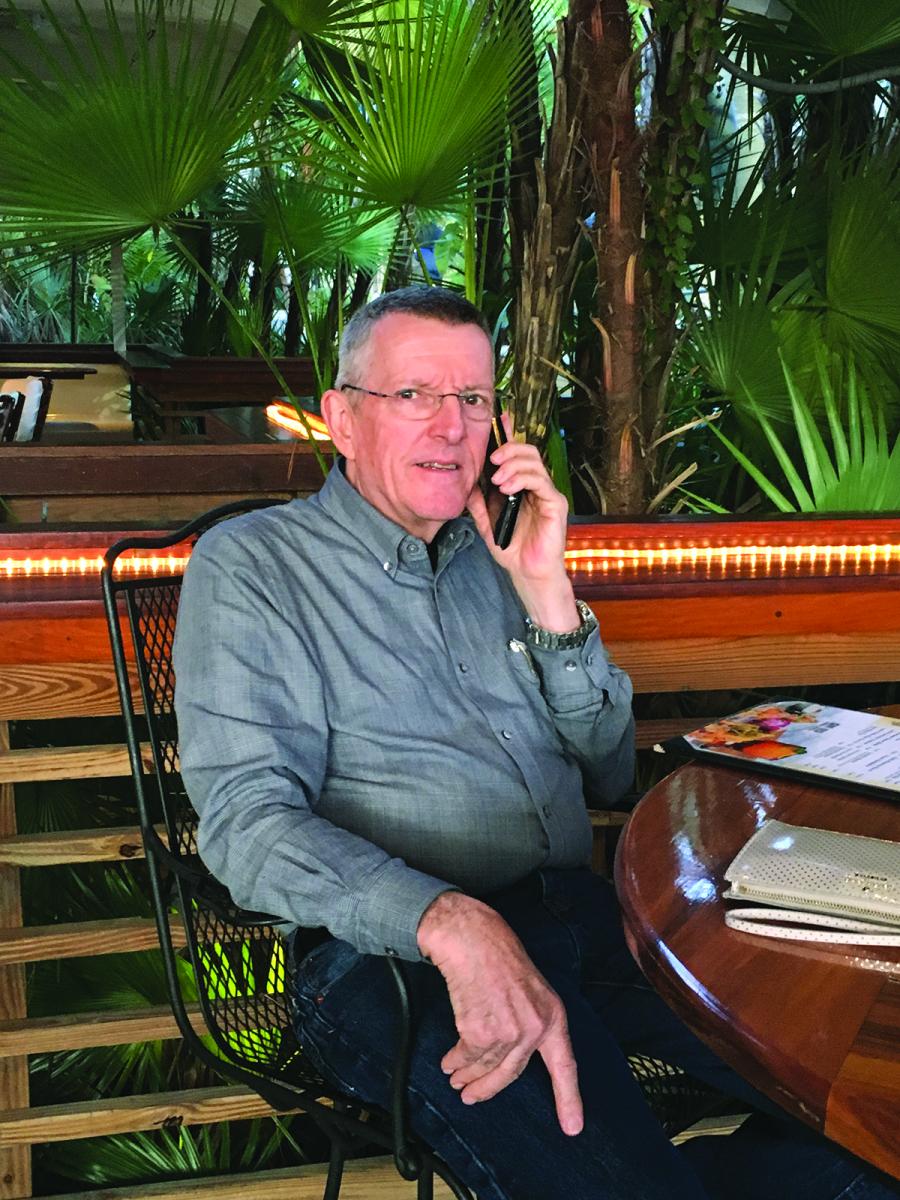 Bruce Stuart Knapp died Aug. 20, 2019, at age 70. He built a long, successful career in the heavy equipment industry that culminated at Anderson Equipment.

Mr. Knapp was born on March 10, 1949, in Corning, N.Y., to Floyd and Mary Helen (Stuart) Knapp. As a young boy, he helped out on the family farm, Stuart & Sons Dairy. He eventually went on to build a career in the heavy equipment industry that culminated at Anderson Equipment, where he was able to transform the company's involvement in used equipment with the help of many great employees.

On July 14, 1973, he married JoAnn (Miller) Knapp. Together, they raised a son and two daughters, and have delighted in their five grandchildren, along with the joy of knowing two more will be welcomed into the family this fall.

Mr. Knapp loved to fish and valued the time he was on the water. He also enjoyed reading, football and visits to the gun range. He was known for his quick wit, infectious laugh and funny sayings.

"My father spent virtually all his life working in construction equipment distribution, much of it focused on used equipment," Jeffery Knapp said. "He started in the 1970s working for a company called L.B. Smith who was the Terex distributor for much of Pennsylvania, New York and New England. After getting his start there, he went to work for the Dow Equipment Company who was the distributor for International [later purchased by Dressta].

"In the 1980s, my dad worked for the Nuttall Company in western New York. They had a heavy focus on municipal equipment and were the distributor for Fiat Allis loaders and excavators, as well as Champion motorgraders."

In the mid to late 1980s, Mr. Knapp made a connection with a Fiat Allis dealer in the Carolinas called E.F. Craven and managed its sales team for a number of years. He also had the opportunity at one point in his career to work for an equipment manufacturer, Kato, importing hydraulic excavators and setting up dealers in the United States.

In the early 1990s the Knapp family moved back to Buffalo, N.Y., and Bruce Knapp accepted a position with H & R Parts, where he was assigned the task of purchasing used construction equipment that could be dismantled and resold for parts. Later on, he was a used equipment manager of McClung Logan Equipment Company and he finished out his career as the used equipment manager of Anderson Equipment Company, the Komatsu distributor of western Pennsylvania, much of New York, Vermont, New Hampshire and Maine.

February was Mr. Knapp's favorite time of the year because that meant it was time to go to Florida for the big auctions and Jack Lyon's sale was his favorite.

"It gave him an opportunity to network with all of his buddies in the used equipment business from up and down the east coast," Jeffery Knapp said.

"Five years ago, he very quietly started a battle with bladder cancer. Unless you knew him very well you had no idea what he was going through. No matter what the treatment did to him or how he was feeling in general he would greet you with nothing other than a smile and never, ever complain about the pain. He just kept moving forward."

"Geez-O-Peet" Where do you start with Bruce? He was a gracious and genuine soul that loved helping people, making others laugh and selling construction equipment. I am honored to have spent the last few years working for Bruce and learning from his wealth of knowledge in the used equipment industry. He will be greatly missed as a mentor and a friend.

I had the honor of working closely with Bruce Knapp for several years. He helped Anderson Equipment break into the used equipment market with unprecedented success. He not only helped market share to Anderson Equipment, but he assisted in developing an entire department devoted to used equipment laying a solid foundation for future success. He personally enriched the lives all the people he worked with. When buying or selling used equipment, Bruce's name always comes up. He was a man of honor, integrity, intelligence and humor.

Bruce Knapp transformed how Anderson Equipment viewed the used equipment business. He took us from a "selling our trades" mentality to used equipment being an important part of our business structure. He educated us and lead us with patience and a great deal of humor.

I got to know Bruce in 1988 when he was importing Kato excavators, and I have considered him a friend ever since. He was my teacher and my mentor. He gave me knowledge of the equipment and taught me a lot about ethics and beyond that we shared our friendship and our faith.

Bruce gave me my break in the industry. I met him when I was working at E.F. Craven. I had done everything in the place from sweeping floors to stocking shelves, but I was not allowed to do what I really wanted to do, which was to sell heavy equipment, because people without four-year degrees were not allowed to sell. When Bruce came everything changed. He gave me my big break and he taught me how to sell. I am forever indebted.

I'm really going to miss Bruce. We would spend hours on the phone driving in opposite directions down the highway just talking about tractors. For 25 years we have talked tractors and completed a few deals. He would pick my brain about Caterpillar machines and I would pick his about Komatsu or whatever brand he was currently representing. If we weren't exchanging information about equipment, we were talking exchange rates between Canada and the U.S. He was a great source of information and a great guy.