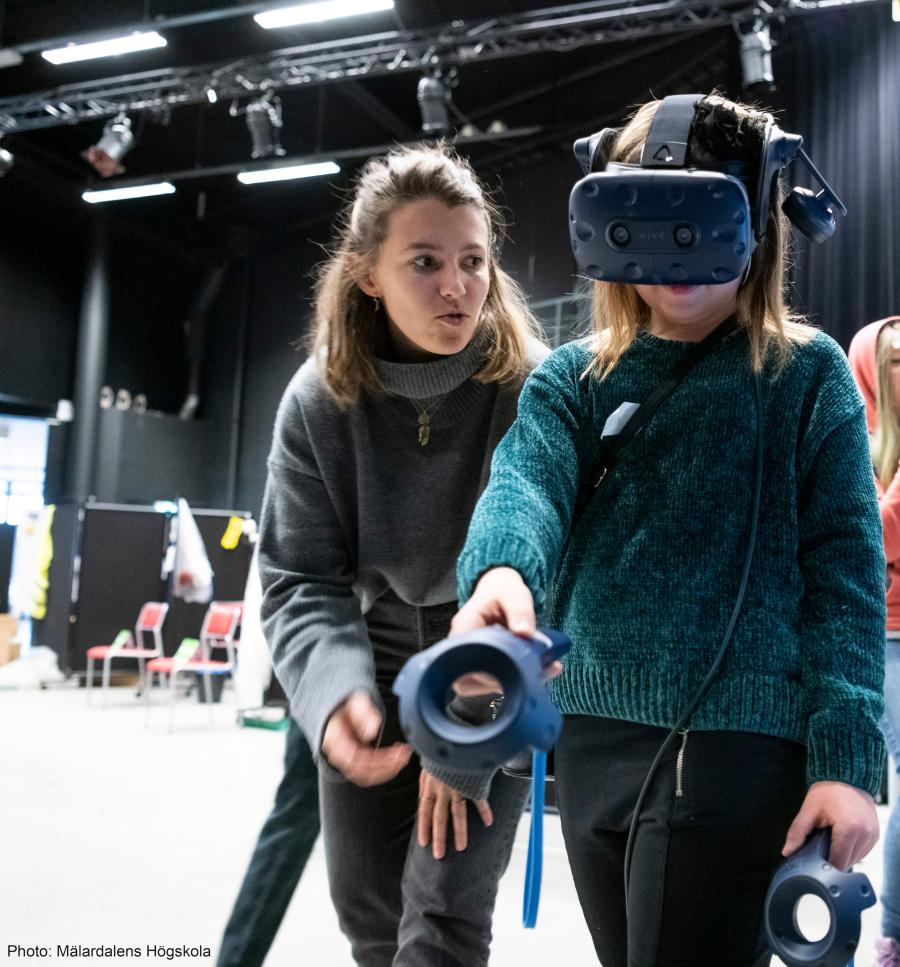 Students are set a number of challenges designed to illustrate the importance of engineering.

Following the discouraging news that it is around the age of 10 at which girls stop considering engineering as a potential career path, Volvo Construction Equipment (Volvo CE) saw it as an opportunity to redress the balance.

Through a series of innovation workshops called Vera — in honor of Sweden's first female engineer Vera Sandberg — Volvo CE together with strategic partner Mälardalen University (MDH) set about reversing this trend by inspiring young girls to recognize their abilities in science and technology. In these workshops, girls aged 10 and over are given a series of challenges, all of which are set against real-life scenarios, and provided with a number of tools and materials to work together to find technological solutions.

Not only have the girls shown a stronger interest in these subjects as a result, but evidence shows that the long-term benefit of a better gender balance in engineering will result in more inclusive and innovative solutions for society's complex problems.

The influence behind the initiative comes from the findings of researcher Ulrika Sultan from Linköping University, whose work is focused on understanding why girls lose interest in technology education as they get older. In many Western countries there is a cultural tipping point at around the age of 10. Sultan, who used to be a teacher herself, said: "In our study, we stress that at nine years' old, girls can and do strive to be the best, but suddenly, just one school year later, they move from being excited to showcase their intellect and problem-solving skills to shying away from revealing their best."

But by reaching out to these girls and giving them the support and mentoring needed to boost their perception of these subjects, organizers of the Vera innovation workshops believe it is possible to reverse this trend. 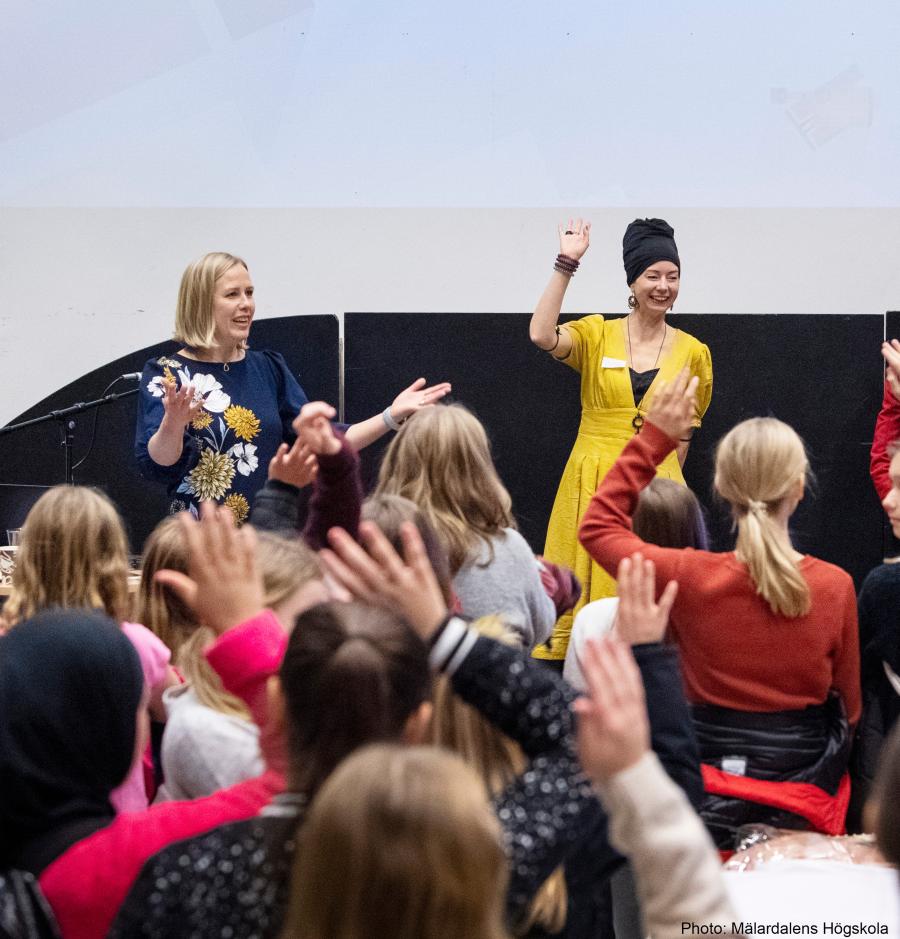 Anna Sannö (L) and Ulrika Sultan at one of the workshops.

Anna Sannö, research strategy manager, at Volvo CE, who is co-managing the initiative along with San Giliyana and Natalie Agerskans from Mälardalen University, said: "At Volvo CE we were really encouraged by this idea that we could reach out to girls at a younger age and show them the potential for a career in engineering. We simply do not get enough female candidates applying for these sorts of technology roles within the company.

"It is not just a problem for us, it is a societal problem for us all because if we exclude 50 percent of the population of technology users from being technology creators, we will see a society only addressed for men by men. In this program it has been incredibly rewarding to work like this with our potential future colleagues."

Originally started in 2019 as a way to celebrate the life of engineer Vera Sandberg, the workshops were held across 13 universities in Sweden and were primarily focused on older children, as well as raising awareness among decision-makers. MDH as a university decided to build on Sultan's discovery of the importance of reaching girls at a much younger age and opened up the workshops to 10-year-olds. Now the events will be moving online — to keep children safe during the pandemic — until they can meet again in person. 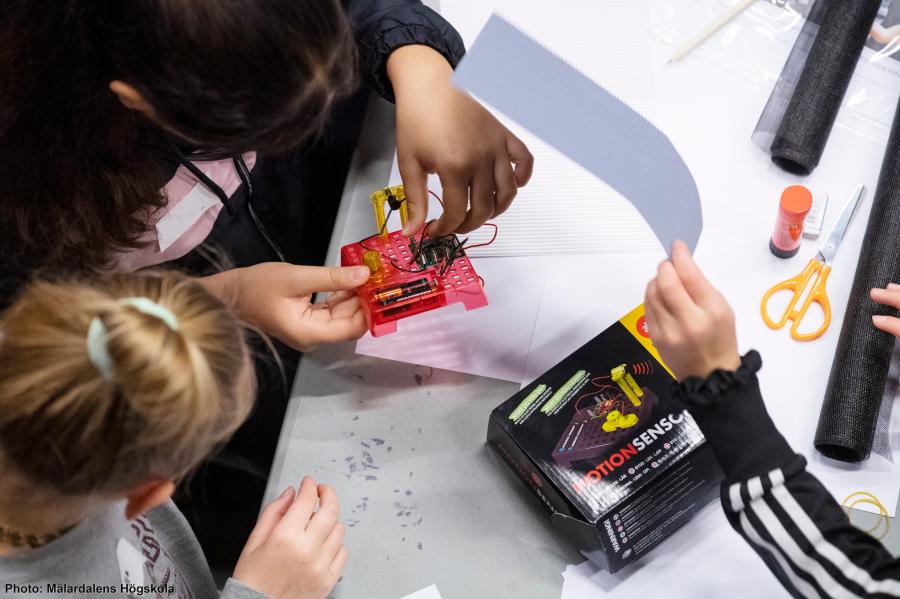 At the workshops, students will spend one hour each week over four weeks to solve problems such as how to make traffic safer, how to use technology to help us throw away less food and how to make recycling more fun. The challenges are designed to be rooted in reality with a focus on sustainability.

"We've discovered that the more open ended the challenge and the more recognizable it is to the world around them, the more engaged these girls become," said Sannö. "In the first 15 minutes they are usually quite hesitant, but by the end they are more confident in their opinion and are even happy to present their findings in front of everyone."

Importantly, the workshops and materials are presented in exactly the same as what would be presented to boys, letting the girls' experience the challenges as authentically as possible. In just the same way as organizers recognize that innovation has no gender, there also is no restriction on the gender of the mentors. The sessions are run equally by women and men in order to demonstrate that reversing these gender stereotypes is the responsibility of everyone.

Every workshop concludes with presentations from Volvo CE engineers and university students and professors. While it is a learning opportunity for the girls, it also is a chance to help school teachers rethink the way they present engineering as a career option for girls.

The initiative has proved a great way to connect real life to the work carried out every day at Volvo CE. By taking part in the workshops, sharp-thinking students can better picture themselves succeeding in a career in science and engineering and in doing so play an important role in one day effecting positive societal change.