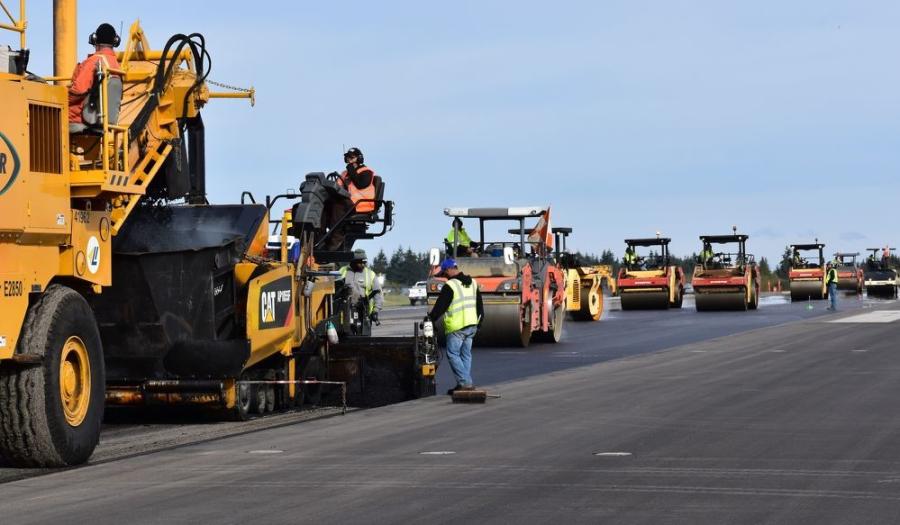 Crews worked around the clock to deliver a freshly paved section of the runway at Paine Field in Everett, Wash., in just eight days.

During the last two weeks in August each year, the population of Williamsport, Pa., doubles as fans flock from across the country — many from outside the United States — to see the Little League World Series. The roads that carry the throngs of visitors need to be clear and drivable to avoid creating backups.

Glenn O. Hawbaker Company responded to the challenge to keep Interstate 180 in as good a shape as the young athletes visiting Lycoming County. This four-lane interstate highway had deteriorated over the years battered by the rugged weather in north-central Pennsylvania and the salt and brine used to clear the roads of snow in the winter. The bridges especially had taken a beating and needed a serious facelift.

In 2018, Hawbaker engineers and workers began rebuilding the road, which also had been damaged by a flood. They shored up areas where I-180's foundation had been exposed during the flooding event. The team also began work on 15 bridges that were included in the $6 million project.

Many of the bridge's piers and abutments had deteriorated over time. The Hawbaker team poured fresh concrete to restore the integrity of these substructures. Later, the team rebuilt bridge sections that had weakened by removing the worst sections and scarifying the bridge decks. A subcontractor laid an epoxy layer on the bridge deck to prevent the elements and road treatment chemicals from seeping into the bridge structure and causing further damage to the bridges in the future. Finally, the Hawbaker team repaired guard rails and built smooth pavement tie-ins to the bridge to provide drivers with seamless travel from the highway to the bridges.

"Although the first year was scheduled for structure work, we wrapped up that part of the project early and were able to get a head start on the paving before the end of the paving season," said Josh Haladay, Hawbaker's project manager. 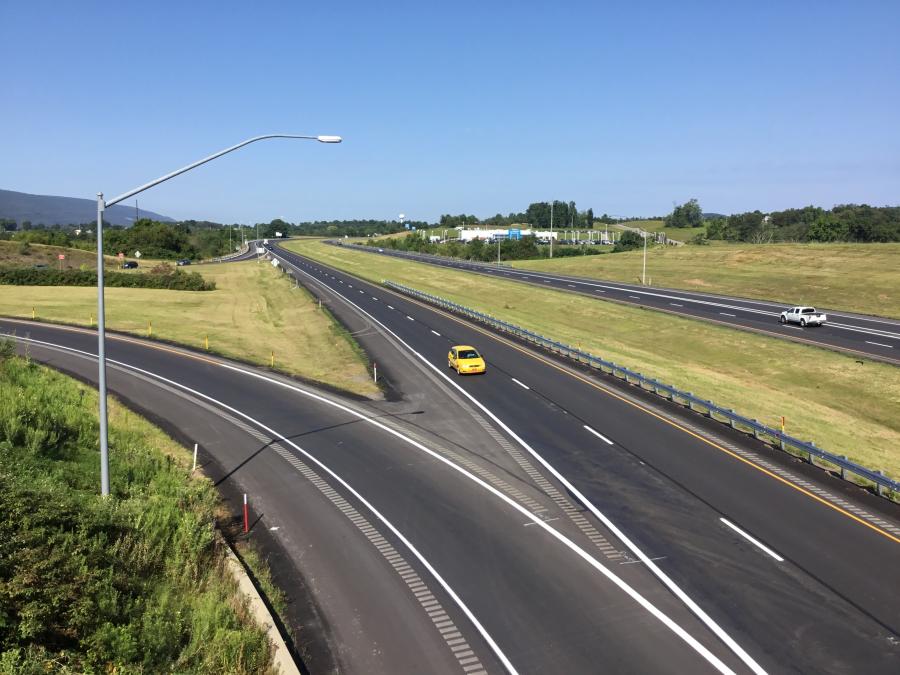 The team got off to a good start in 2019 on the 5-mile project, which called for them to lay a 0.75-in. leveling course of asphalt topped with 1.5 in. of stone matrix asphalt (SMA). Pennsylvania's DOT recommends SMA as the top layer because of its proven durability in handling roads with truck traffic. The project required 7,500 tons of asphalt for the leveling course and 15,000 tons of SMA.

The project earned Hawbaker a ride-quality bonus from PennDOT and won a quality award from the Pennsylvania Asphalt Pavement Association.

The asphalt mix was trucked from Hawbaker's plant, located just over 8 mi. from the paving site. This short travel distance made it easy to keep the pavers supplied and continuously moving, which helped produce a smooth road. The team used a RoadTec SB2500D material transfer device to aid in the efficient supply of asphalt to the Caterpillar AP1000F paver.

One innovation on the project included the production and use of 27,500 tons of warm-mix asphalt (WMA). This type of asphalt is created using an additive that enabled Hawbaker to produce the material at lower temperatures than normal, which means less fumes into the environment. Haladay reported that the company has been using warm mix for several years now and had virtually no issues in its production or paving.

"Before the work began, the road was in quite rough shape," Haladay stated. "I'm happy with the results our company and employees provided. The public now has a quality roadway, which should last for years to come."

Americans are becoming more environmentally conscious than ever before. So, what if used tires and other waste rubber could be turned into a substance to improve the driving experience? This concept was tested on a 1 mi. stretch of Oklahoma State Route 3, 15 mi. northwest of Oklahoma City.

"Cracking is a problem for roads in Oklahoma," said Kevin Suitor, bituminous branch manager of the Oklahoma Department of Transportation (ODOT).

The cracking often starts in the subgrade, migrates upward through the intermediate layer to the road surface.

"We have been looking for solutions to mitigate this problem in the short term and not have to resort to full depth replacement, which is quite expensive."

Red Clark of Asphalt Plus LLC approached ODOT with a solution: use chemically modified ground tire rubber (GTR) from waste tires to add cracking resistance to the asphalt pavement mix.

The chemically modified GTR was introduced into the asphalt mix at a plant run by Cummins Construction, headquartered in Enid, Okla.

"The GTR came in powder form and was simple to introduce into the mix," said Mike Beier, area manager of Cummins. "We used it for about a mile of the 5-mile mill and fill job that took us about 90 days to complete. We were able to run the GTR mix and a regular Superpave mix to see the difference."

The test project was completed in summer 2019 and is performing well.

"I try to drive that section of the road once every couple of months," Suitor said. "The GTR has nearly eliminated the cracking problem. I consider it a complete success and would be eager to try it again."

Although the process was new in Oklahoma, it has been tested by staff at the National Center for Asphalt Technology at Auburn University. GTR has been used successfully for jobs in 11 states covering more than 6,000 lane miles of paving, including Georgia, Texas, Missouri and in multiple upper plains states.

When cars drive through a small pothole on a local street, it's a nuisance. When the same thing happens on an airport runway, it can be disastrous. Loose rocks and particles on a runway can be sucked into a jet engine and cause millions of dollars' worth of damage. Or worse yet, cause a crash.

At Paine Field in Everett, Wash., a runway section was failing with the result that planes were not able to attain the high friction needed for best braking conditions. Also, observers had noticed that the crumbling pavement was causing an unusual amount of loose material on the runways. Because of the schedules at the airport, only one week would be allowed for new paving to correct the problems.

The paving team took the field like a star quarterback operating the two-minute drill of an important football game. Ignoring the rain that delayed the operation for several hours, the team drove relentlessly toward the goal line and finished the project in the required eight-day window. The 8,000-ft. stretch of runway was 65 ft. wide and required 13,719 tons of asphalt to complete the fix. The newly paved runway would be the equivalent of an 18-mi. long single lane road.

"This new section is holding up well," said Ryan Zulauf, deputy airport director. "We will need to do more extensive work in a few years, but this bought us some critical time.

"We were fortunate to have a high-quality team of people including Ken Nichols, the airport engineer, the staff from Jacobs Engineering and Lakeside Industries. The team delivered a high level of craftsmanship for the finished project."

The runway closure began on Oct. 1, 2018, with the crew working around the clock to meet the deadline scheduled exactly one week later. In addition to the milling and paving work, the team focused on keeping the work area free of foreign object debris (FOD) that could damage a jet's turbines.

The runway is a lifeline for Snohomish County's economic health. The runway is used by aerospace companies, including Boeing. Nearly half of the state's aerospace manufacturing jobs are located near Paine Field, a boon estimated at $20 billion annually.

More than 100 workers were required for the "sprint" project and some 400 tons of asphalt was used per hour to meet the tight deadline. CEG