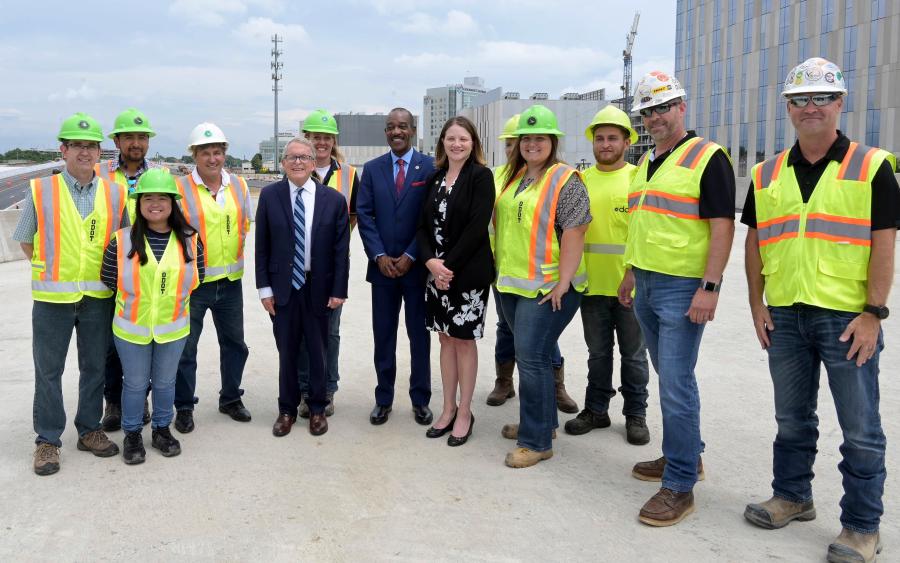 Ohio Gov. Mike DeWine announced the opening of the new Fulton Street ramp to I-70 eastbound during a ribbon-cutting ceremony July 13 in Columbus. The new ramp was constructed as part of the Ohio Department of Transportation’s (ODOT) Downtown Ramp Up project. (Office of Gov. Mike DeWine photo)

Ohio Gov. Mike DeWine announced the opening of the new Fulton Street ramp to I-70 eastbound during a ribbon-cutting ceremony July 13 in Columbus. The new ramp was constructed as part of the Ohio Department of Transportation's (ODOT) Downtown Ramp Up project, an ongoing project to reconstruct Interstates 70/71 in downtown Columbus and alleviate the biggest safety and congestion problems along the corridor.

"This major construction milestone couldn't have come at a better time," said DeWine. "With so many Ohioans returning to their offices each day, efficiency and access are both more important than ever. The increase in Ohio's motor fuel user fee allowed us to complete this ramp and keep moving forward on many improvements downtown." 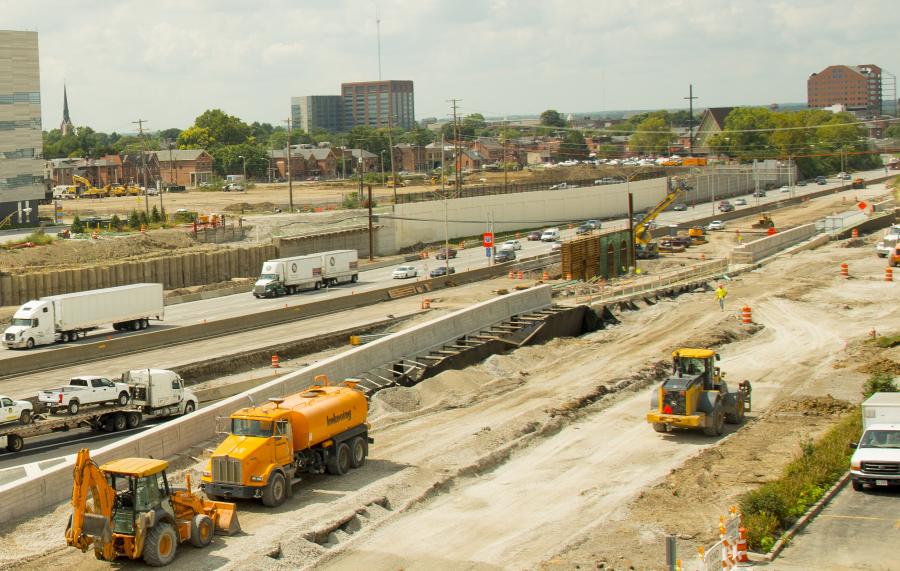 The opening of the new ramp comes two years after DeWine kicked off the $82 million phase of construction and less than two years after the ramp from Third Street to I-70 eastbound closed in November 2019.

"For many years, a lot of what drivers were seeing was closures. Lanes were closing, ramps were closing, and they had to take detours to get around," said ODOT District 6 Deputy Director Lori Niese-Duguid. "This ramp opening shows those commuters what their return on investment truly is. Now, they'll start to see more openings, easier access to the interstate, fewer detours — all in the name of safety and efficiency."

When finished, the construction project will eliminate more than 90 percent of lane changes on I-70/71. It will result in new urban avenues with complete streets; enhanced freeway crossings with bicyclist accommodations; and the removal of unsafe ramps. It also will reconnect neighborhoods by replacing bridges with wider, pedestrian-friendly structures with parking and landscape design.

"We can't change the past, but we can certainly reshape the future," said ODOT Director Jack Marchbanks. "These seemingly small steps are actually big strides toward reconnecting neighborhoods with downtown Columbus."

The current phases of construction through downtown Columbus are expected to continue through 2026.