With four successful auctions under J. Stout Auctions' belt in Spokane, Wash., the company hit a record-setting number of live and online bidders at its latest auction.

More than 1,100 people attended the sale at the newly opened permanent facility off Highway 2. Bidders checked in from 46 states and registered to bid from 10 different countries, including the United Kingdom, Egypt and Vietnam, to name a few.

The bidders bought nearly 700 pieces of new and used heavy equipment, commercial trucks and government fleet at the Nov. 13, 2019, sale.

Scott Farley of Kernen Construction came all the way from California to purchase a 2010 KPI-JCI 13-36125 radial stacker. He will be using it for his recycled rock crushing operation. Closer to Spokane, Mike Evenoff of MJM Grand purchased a 2011 Bomag BW213DH-40 vibratory roller to use at job sites around the area.

Farley added that he likes the opportunity to look over the machines on JSA's two preview days before the auction. These two days allow customers to come inspect the equipment before they place a bid.

The Washington-based company will be hosting its next quarterly heavy equipment auction in the Portland-Metro area Dec. 11, 2019. It is already forecast to be the company's largest auction yet. 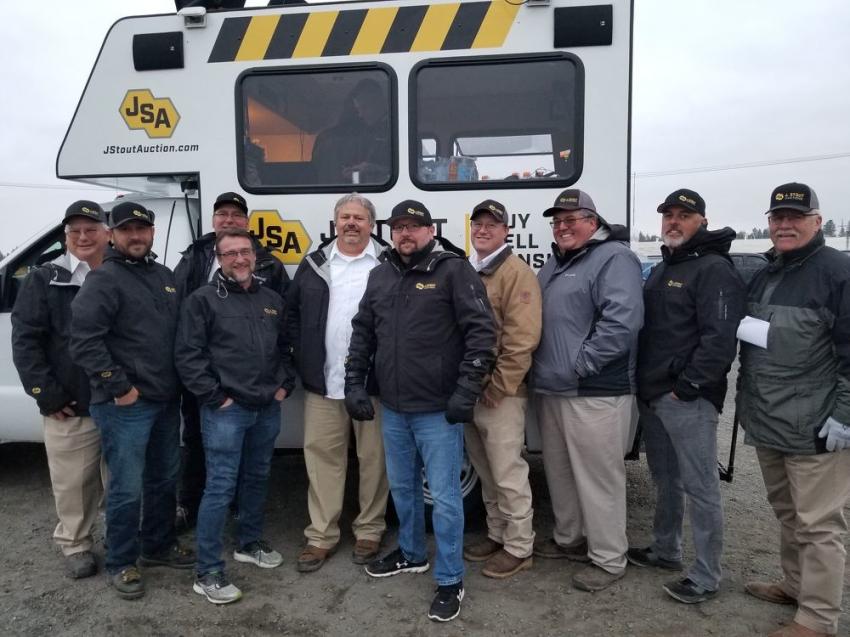 Jake Stout, (C), fellow employees and the auctioneer team, mark what is expected to be one of the company’s most successful auctions, with a picture. 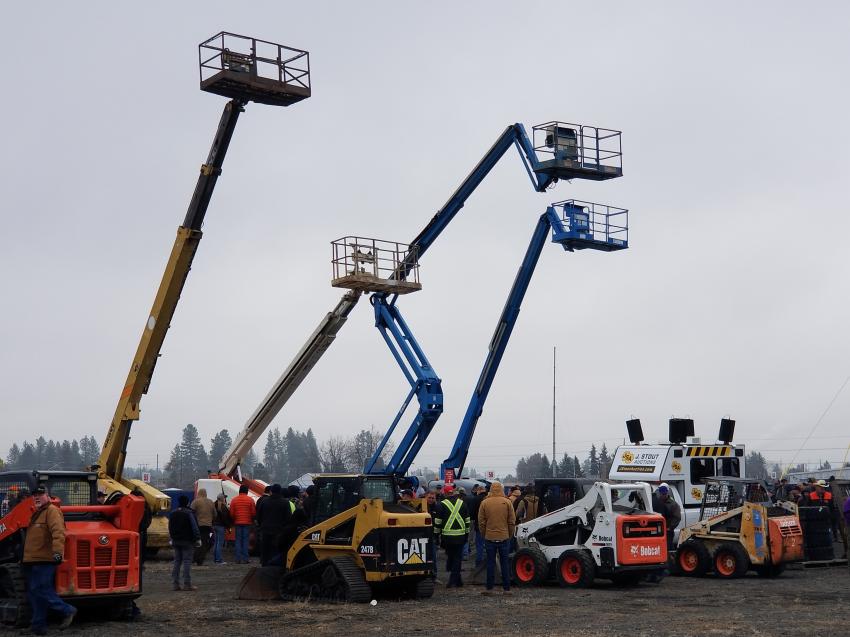 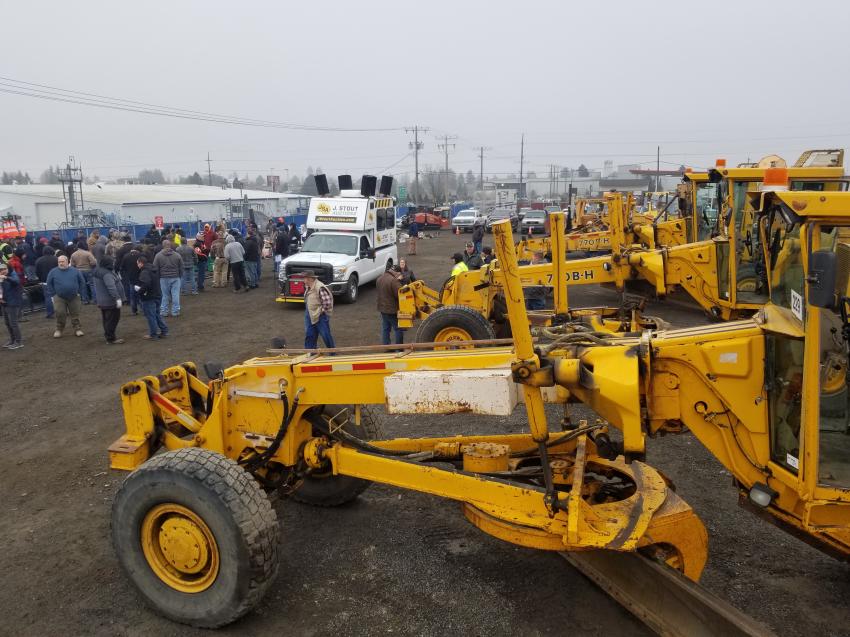 Crowds of people came out to bid on a variety of items at the auction including an impressive lineup of motorgraders. 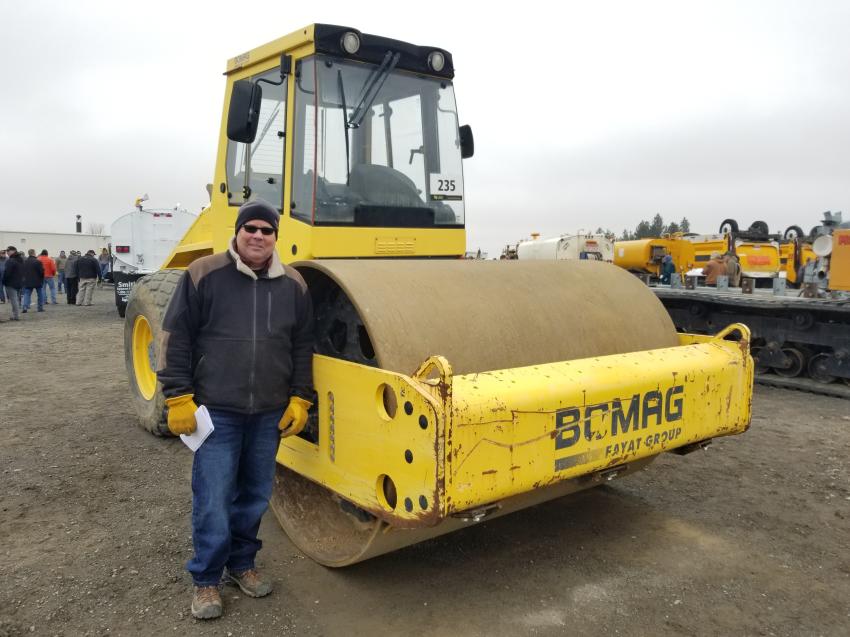 A 2011 Bomag BW213DH-40 vibratory roller will now be working around the Spokane area on new construction projects for Mike Evenoff at MJM Grand. 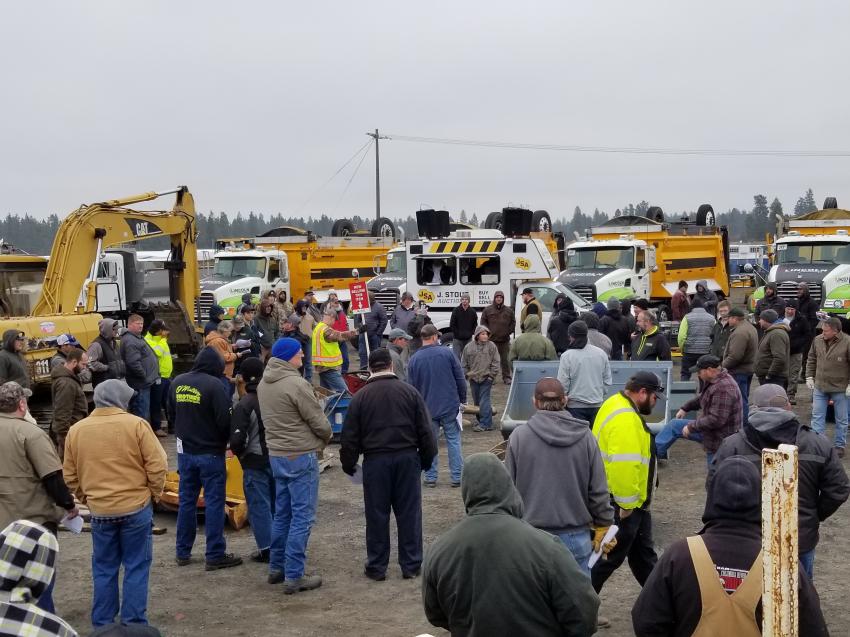 Despite the hint of snow in the air, J. Stout Auctions’ hit a record attendance of bidders at the auction Nov. 13, 2019. 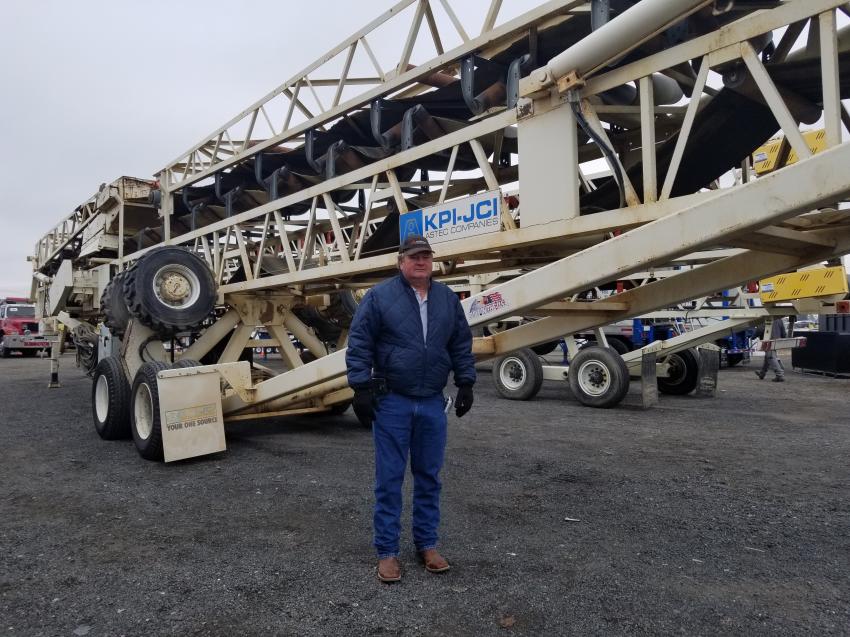 Scott Farley, of Kernen Construction, stands next to his 2010 KPI-JCI 13-36125 radial stacker he picked up at the auction. 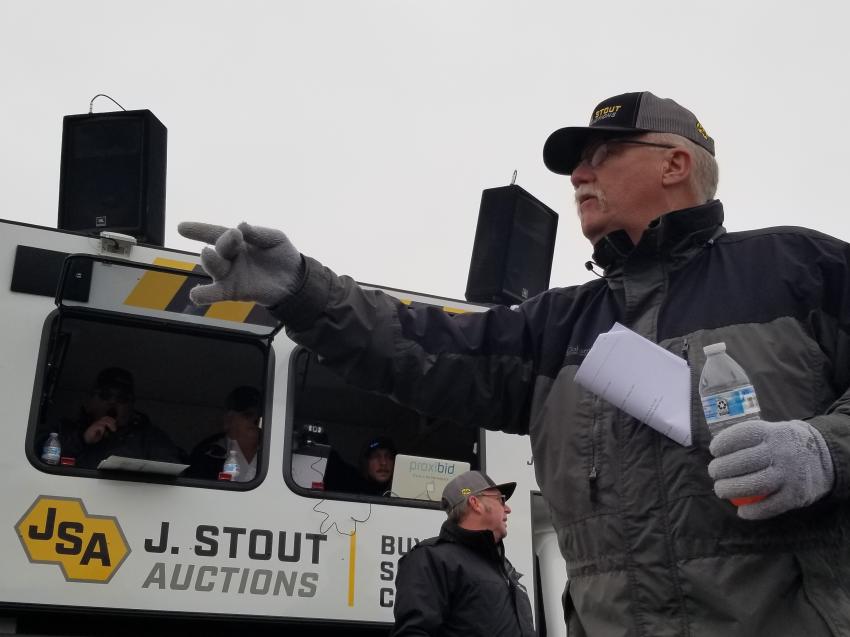 Ringman Rod Musselmen is taking in live bids during the fast-paced auction while Proxibid and Equipmentfacts are taking in online bids.