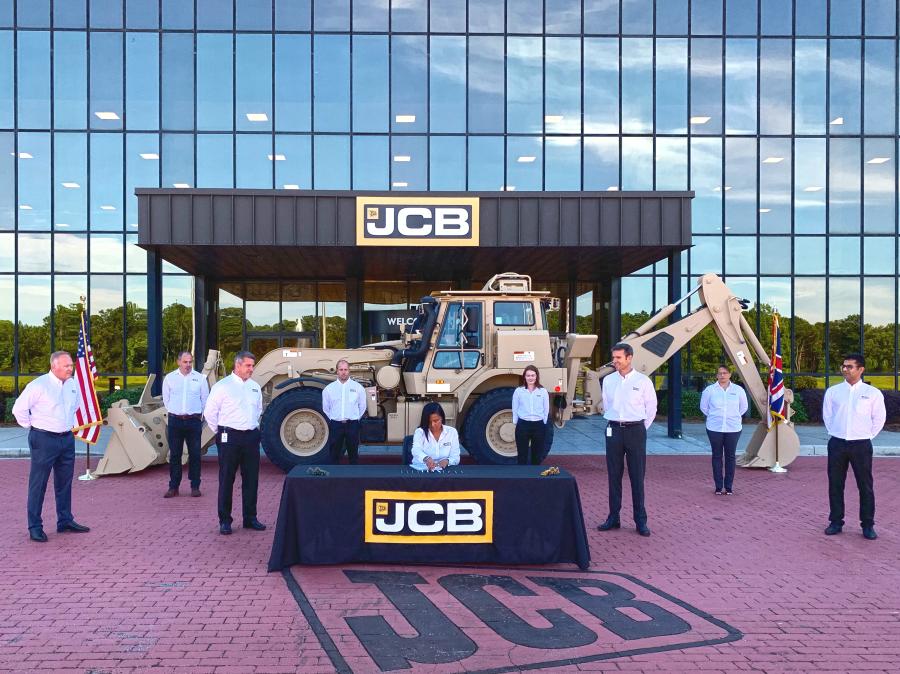 JCB North America President and CEO Richard Fox-Marrs (R) and JCB Vice President of Government and Defense (L), along with the JCB Government and Defense team, look on as Viengkeo Johnson, contracts manager of JCB, signs the new contract to produce a fleet of specialized high-speed excavators over the next eight years for the U.S. military in a deal worth up to $269 million.

JCB has been awarded a contract to supply the U.S. military with a fleet of specialized high speed excavators over the next eight years in a deal worth up to $269 million.

The deal centers on the supply of High Mobility Engineer Excavators (HMEEs) for the U.S. Army and U.S. Marine Corps.

Prototypes of the machine — capable of speeds up to 55 mph (88 kmh) — were first developed in 2002 specifically for the U.S. Army to meet its demand for a high-speed backhoe loader capable of undertaking military engineering tasks.

In 2005, JCB won the first multi-year production contract valued at approximately $209 million, with an additional service contract worth approximately $20 million. Subsequent contract extensions and international sales have boosted production to 1,200 machines for the U.S. and allied nations.

It was confirmed on July 6 that a new contract has been signed for the supply of up to 400 HMEEs, which will all be manufactured at JCB's North American headquarters in Savannah, Ga. In addition to the base unarmoured variant, JCB will be providing armoured variants as well as attachments and service support.

Graeme Macdonald, JCB CEO said, "When it was developed, the HMEE revolutionized the way military tasks were carried out and we are delighted that the U.S. military has shown great faith in the project by placing this new order."

"To win this eight year contract is fantastic news for JCB's North America Headquarters, which has been manufacturing HMEEs here for the past 13 years," said Richard Fox-Marrs, JCB North America president and CEO "The U.S. military has shown tremendous confidence in this JCB product which speaks volumes for the team behind its design, engineering, manufacturing and after sales support."

The HMEE combines the capabilities of the JCB backhoe loader and the high-speed JCB Fastrac — one of the world's fastest tractors, which has full suspension and anti-lock brakes.

The objective of the HMEE concept is to have a machine capable of travelling at military convoy speed without the need for transportation by a truck and low-loader trailer.

The 17.5 ton, 6.7 L engine machines are well suited to a range of military and disaster relief missions, including earthmoving, fortification construction and ground clearing. In addition to its top speed of 55 mph, the HMEE is certified for military transport on ships, rail and aircraft, and for airdrop operations. It is available in various configurations including an armoured specification. It is four-wheel drive, four-wheel steer, can lift more than 2 tons and dig to a depth of almost 13 ft. 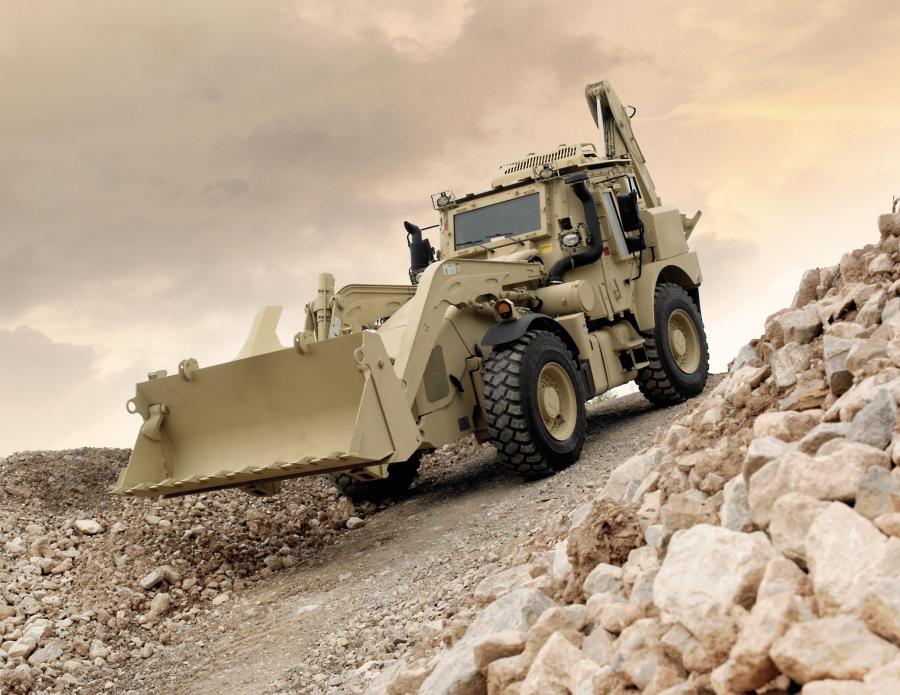 JCB's High Mobility Engineer Excavators (HMEE) are capable of speeds up to 55 mph and are well suited to a range of military and disaster relief missions including earthmoving, fortification construction and ground clearing.