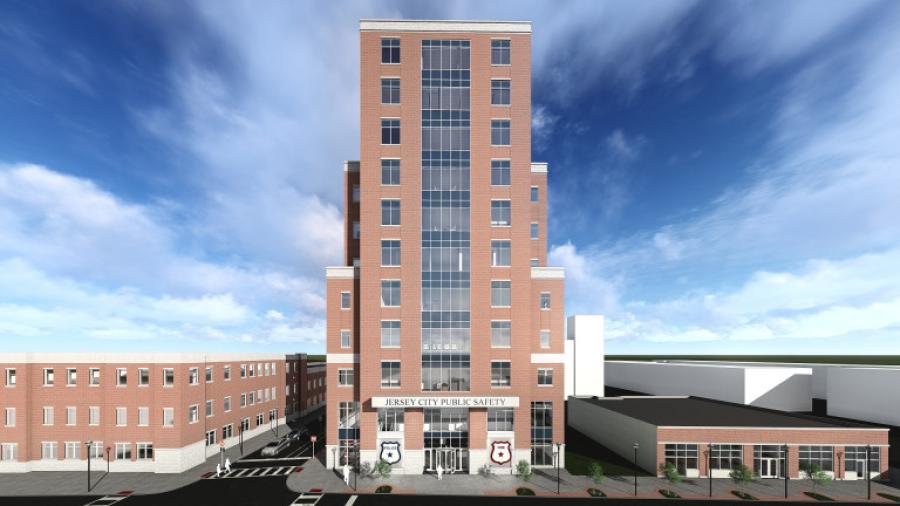 The groundbreaking for the 11-story building on MLK Drive and Kearny Avenue will be the fourth structure to be built as part of the Jackson Square municipal complex. The $120 million Public Safety Headquarters is the latest addition to the $200 million investment that Jersey City has made in constructing new offices at Jackson Square.

Phase 1 of the Jackson Square Hub opened in the fall of 2018. The first two buildings contain the city's newly established Division of Affordable Housing, the Department of Housing, Economic, Development, and Commerce offices, as well as Health and Human Services.

The construction effort also is the next step in Fulop's overall goal of bringing investment and jobs back to Bergen-Lafayette.

"When I took office, the city of Jersey City was renting office space in random, separate buildings along the waterfront. It made very little sense," Fulop said. "I decided that we can do better. So, we started to build a municipal complex on the south side of the city that would be state-of-the-art, it would be near mass transit to be easily accessible to everyone in the city, it would have all vital services in one place, and it would bring thousands of jobs to an area that needs the investment. That is exactly what we have achieved."

Jersey City's Public Safety building will be the tallest on the Jackson Square campus with 11 floors of municipal offices, conference rooms and a communications center that includes 911 Dispatch.

"Relocating our dispatch operations will rework our 911 call system to eliminate steps, resulting in faster emergency services and response times where every second counts," he explained. "We continue to examine and identify ways we can improve upon our crime reduction strategies, which has resulted in historical decreases in crime and nationally recognized emergency response times, and we expect these newly streamlined operations to contribute even more."

In addition, the 120,000-sq.-ft. building will be the new home of the city's Community Court and Parking Enforcement Division. All Jersey City's police, fire operations and leadership personnel will be relocated to the new headquarters, as will offices for fire prevention, the Special Investigations Unit, gun permits, a records room, traffic programming, City Command and other city services.

When construction is finished on the new Public Safety Building, the Jersey City Police Department office will be able to establish a law enforcement presence in the area around the clock.

The new headquarters also will include the city's first-ever police and fire recruitment center and a new police/fire museum designed for school visits. City officials said it will give students information about both departments and empower Jersey City's youth to consider a future career as a first responder.

"This is a win for Ward F residents and the city at large," said Ward F Councilman Jermaine Robinson. "I worked closely with the mayor to get this done because I know it will have a positive impact for decades to come in Ward F. This investment will reinvigorate our area to boost the local economy and help push crime further down."

Pennsylvania-based Brandywine Financial Services will build the facility and lease it back to Jersey City in a 25-to-30-year agreement, at the end of which the city would be able to purchase the property for $1.

"We are very proud to be partners with a city that has great leadership and vision from its mayor to the council and administration," said Eric Moore, president of Brandywine Financial Services.

"As a company policy, we pride ourselves on delivering these projects on time, and in fact delivered two of the projects ahead of schedule. In addition, it was very important to us personally to have met minority participation requirements in all three phases."

"With every Jackson Square building we start construction on, we're expanding upon the Administration's pledge to keep moving development to the area's most in need of economic revitalization," added City Council President Joyce Watterman.

Jersey City's new Public Safety Headquarters is scheduled to be completed in 2022. 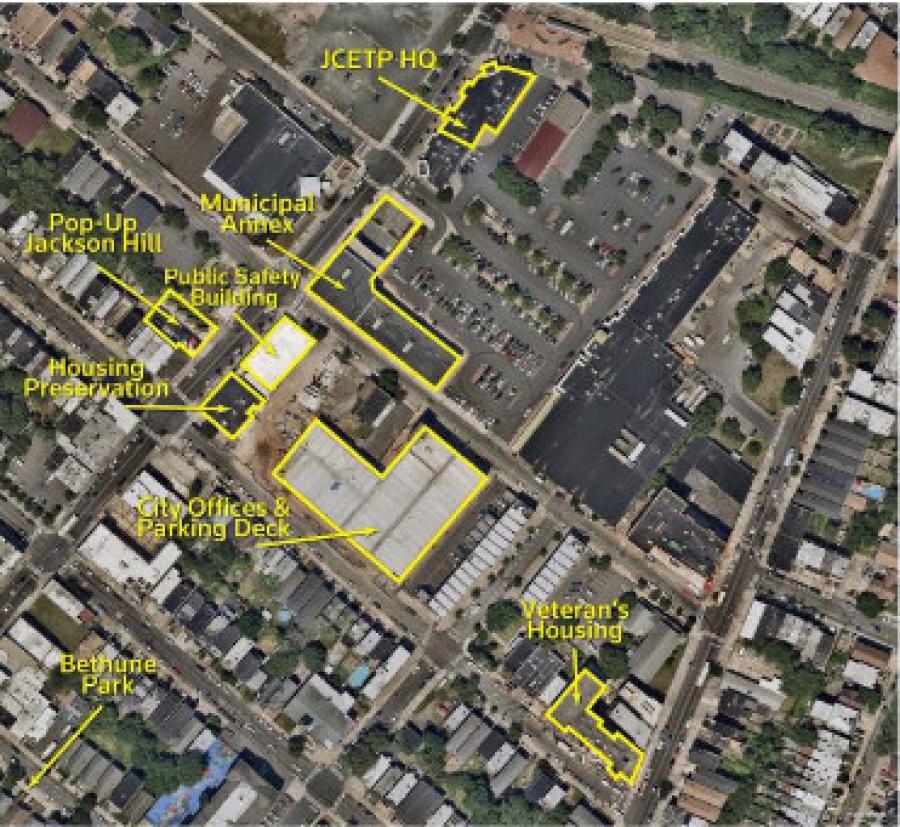 The 11-story building on MLK Drive and Kearny Avenue will be the fourth structure to be built as part of the Jackson Square municipal complex.