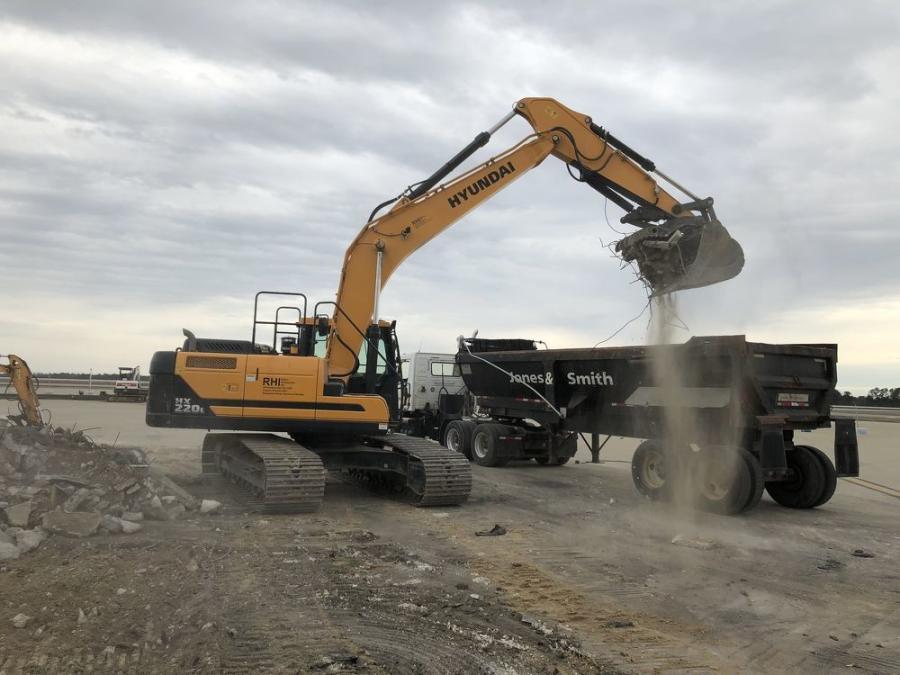 To help planes at Fayetteville Regional Airport take off, Jones & Smith Contractors LLC, based in Ayden, N.C., is tearing down several of its terminals, which will later be rebuilt.

The job has required the company to move thousands of tons of concrete and other material to be re-crushed by another contractor. 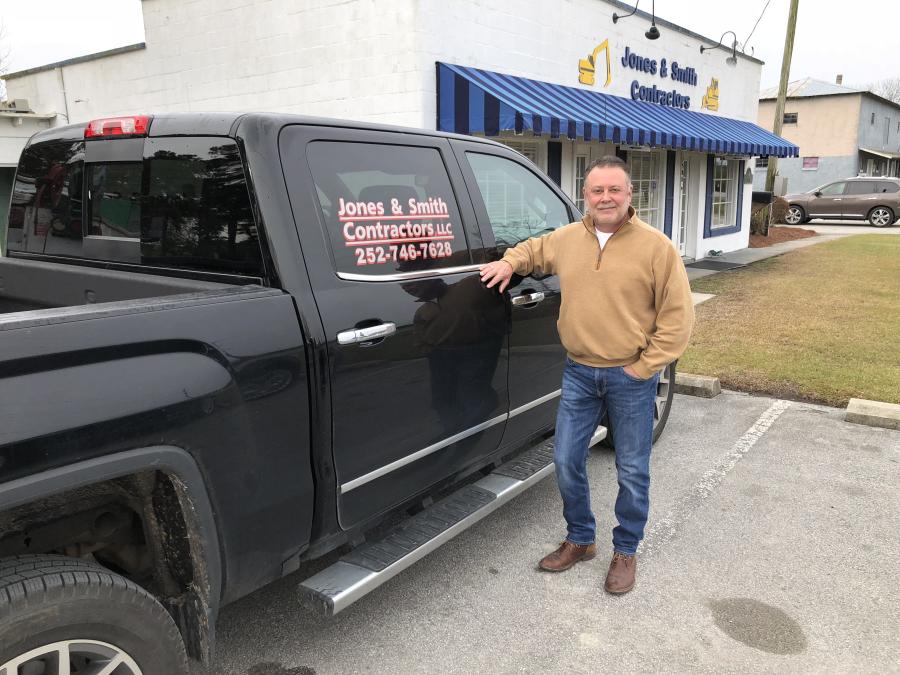 It's an impressive job, but as Kenneth Smith, owner of Jones & Smith Contractors explains it, he was not always involved with demolition projects.

“Years ago, I was a full-time farmer. I bought a farm, the first one, and there was 10 or 15 acres of woods land that was high and dry. And, I kept saying to myself, I spent all this money for this land and it's just sitting here and I'm riding by and looking at it. There has got to be something I can do with it. I ended up needing roads on it, and I did it myself because I am self-motivated.”

Around the same time, Smith's neighbor was retiring from the construction business. He didn't buy equipment from him, but he did hire his son to work for him and began his development business. Gradually, those in the area took notice of his work.

“I started building roads and buying and developing property. I got calls for work and we expanded. The next thing you know, we had 100 employees doing asphalt, water, sewer, grading, demolition — doing everything.”

Over the years, the company has completed several road projects upwards of around $1 million-plus mark, but stopped doing site and road work nearly 10 years ago.

“We quit doing site work, road construction and started doing demolition work exclusively. As a result, the scale of projects has scaled down quite a bit, because there aren't as many multi-million-dollar demolition jobs. We try to stay three stories or less, so that takes the scale down, but we have done several projects around a $1 million,” Smith said.

Recently, the company finished up a project at Fort Bragg that involved a complicated demolition plan.

“They officially mothballed the building. It's an old historic building and they are going to re-do it, but they didn't have the funds, currently, so they went in and mothballed it, so you take everything flammable out, so it can't burn. All the asbestos had to be removed, that kind of stuff, and we tore down the new construction and left the old construction. So, it was a lot of selective-hand separation and then a lot of mechanical separation, because it was a lot of concrete and footers.”

Also at Fort Bragg, Jones & Smith Contractors is tearing buildings down, digging duct banks and installing concrete duct banks. And in Winston-Salem, they are removing approximately 4 in. of mud bed across a parking lot slab.

“With this building, there's a parking lot slab and they put drains on the slab. What happened is the water proofing failed. So, we take off the mud bed, because it is in various thicknesses as you go to the drain — it goes from 1 inch to 4 inches. We've got to take all of that up and take the water sealant up so they can re-put it back. That's a lot of stuff by hand. Jack hammers and that kind of stuff.” 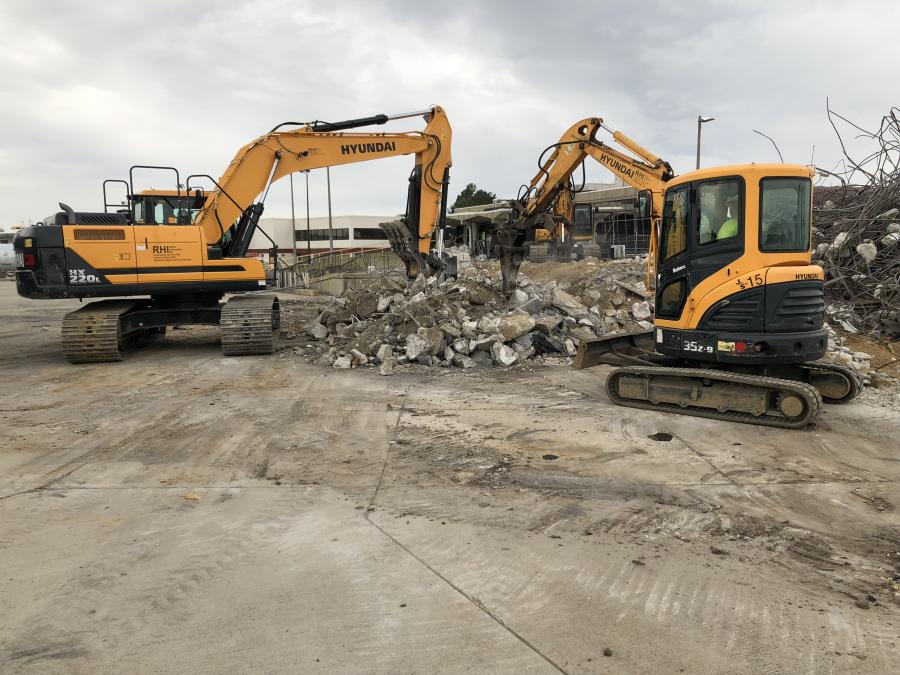 For the Fayetteville Regional Airport and Fort Bragg projects, Jones & Smith Contractors used five Hyundai excavators, four of which were purchased over the last 12 months from Rob's Hydraulics.

“The machines take a beating doing demolition work, so they don't last as long as a machine that's been sitting in a sand pit loading sand, but our Hyundai machines have held up. I've got two old machines that are testament to that. I still have one of the first brand new excavators I ever bought from Rob [Lynch of Rob's Hydraulics]. It looks like somebody has tied a chain to it, and drug it down I-95. But, it still cranks, runs and walks perfect. I can't re-sell it because it looks so bad, but mechanically it's perfect.”

A Relationship Years in the Making

Jones & Smith Contractors has been working with Rob's Hydraulics for two decades.

“Since Rob's has been in business, we have been dealing with them. The good thing about Rob's is his personnel know what we don't know. We right now have three full time mechanics, but my mechanics can't go to school to know the intricacies of the equipment like his people do. So, if we ever have a problem, they are a phone call away. And, with the computer system like it is now, he can diagnose my machines and sit in his office.

“We've never had an issue. If ever something went wrong, if warranty didn't fix it or take care of it, Rob did. He's the kind of guy that if he thought it was his responsibility, even though Hyundai wouldn't do it, he would do it. That's the reputation he has,” Smith said.

“The Kubota is going to be a good addition for him because he's got the small construction equipment, not tractors.” 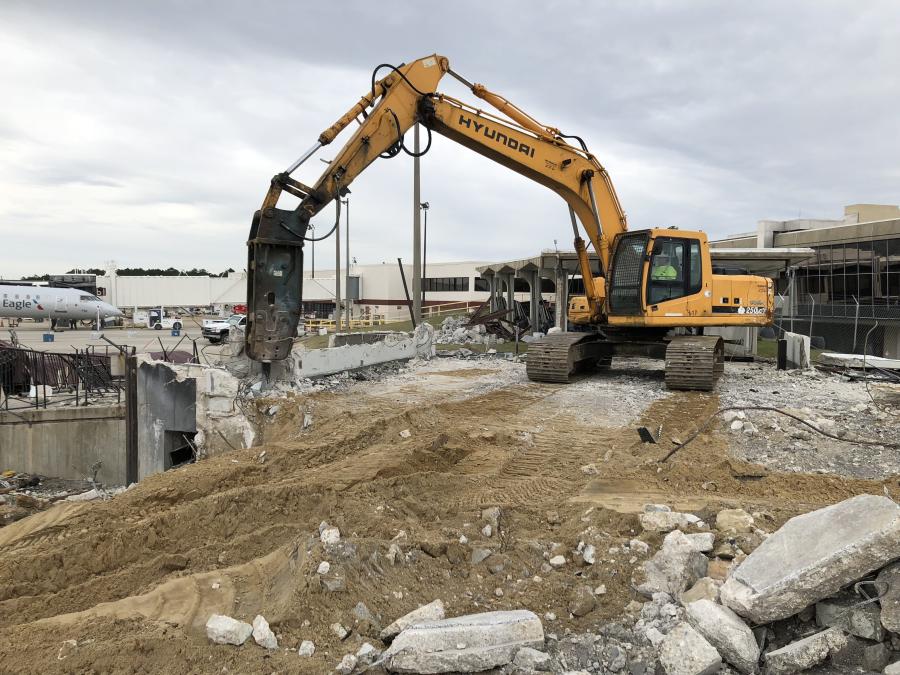 “We do a lot of concrete breaking. So, we have like a 4,000-pound hammer up to an 80,000-pound hammer. Different sizes for different machines. And buckets. We use all mechanical thumbs, all hydraulic thumbs.”

While the company used to do its own crushing, it now removes C&D by hand and hauls it to other contractors to be re-crushed into aggregate.

The Keys to Success

According to Smith, people are the key to his success.