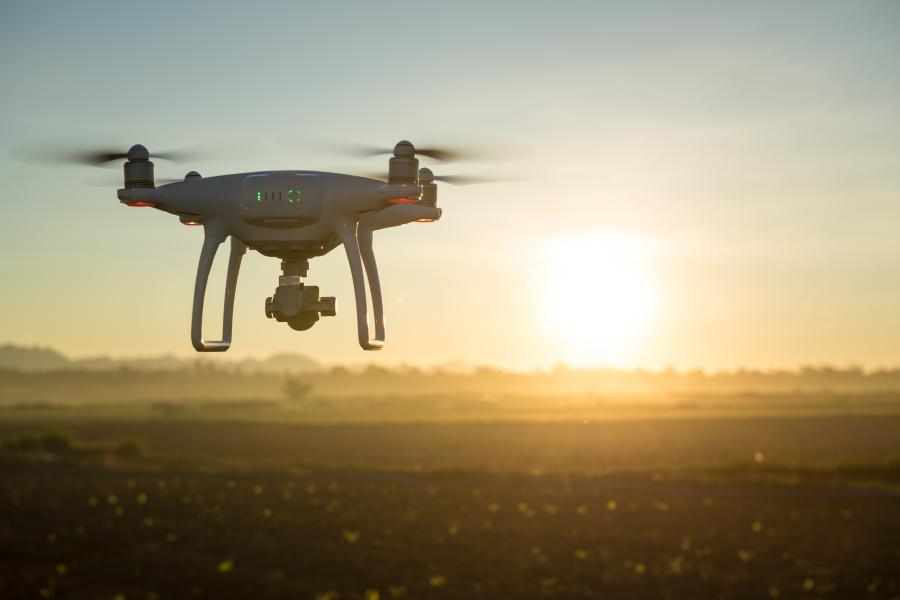 Drones could offer time and safety advantages for road work.

NETAWAKA, Kan. (AP) Kansas transportation officials are beginning a pilot project to determine how drones could be used in future road design work.

The Topeka Capital-Journal reports that last week marked the first time the Kansas Department of Transportation has employed drone technology in conjunction with a road project.

The department has contracted the Kirkham Michael engineering firm to operate the fixed-wing drone back and forth above part of the U.S.-75 highway in northern Jackson County. The device is equipped with a still camera that takes hundreds of images of the terrain below.

The Transportation Department is looking at making U.S.-75 safer between Holton in Jackson County and Fairview in Brown County. The department and the engineering firm are collaborating on the project and will survey and design a passing lane and 2-mi. section of U.S.-75.

There are many advantages to using drones to do survey work for road projects, said Wayne Scritchfield, municipal engineer of Kirkham Michael.

“With this technology, we don't have to put people or equipment in the roadway, so there's a huge safety advantage for both the driving public and the workers,” he said.

Another advantage is the time difference between using drones and doing conventional survey work, which requires workers on the ground, according to Scritchfield.

“We'll have the drone up about an hour-and-a-half to two hours,” he said. “It would take weeks to do it conventionally.”

Officials could use drones for road work in the future if the pilot is successful.