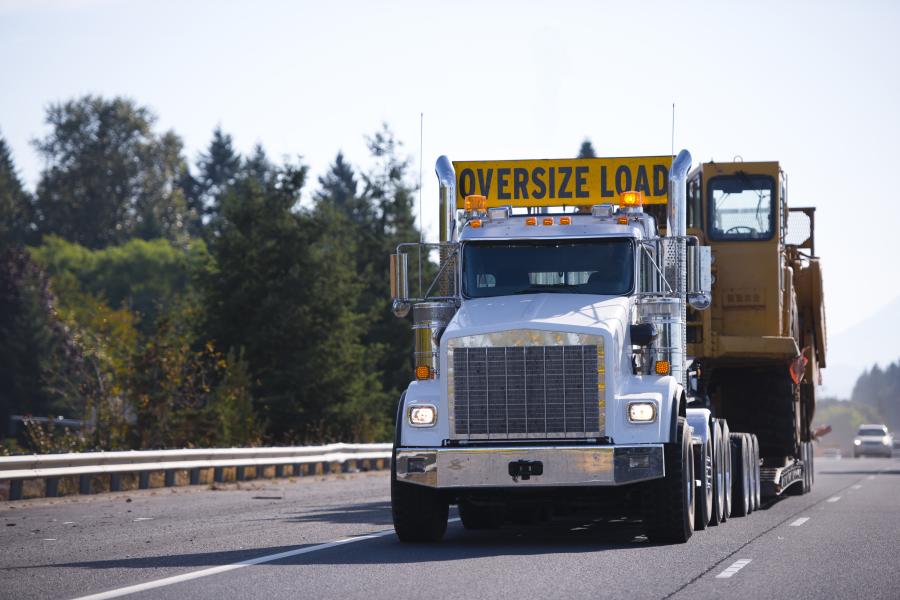 An advanced notice by the EPA of the proposed Cleaner Trucks Initiative was announced for September. The initiative is designed to modernize heavy-duty truck engines, improve efficiency and reduce emissions with the end goal of a healthier environment.

Got heavy-duty trucks? Federal and state environmental agencies have your assets on their radars. Critical policy programs such as the Cleaner Trucks Initiative, and California's Heavy-Duty Low NOx Omnibus rule and the Advanced Clean Trucks Initiative are affecting the trucking side of the heavy construction industry despite the COVID-19 pandemic.

This spring, the EPA set September 2020 as the date it would issue the Notice of Proposed Rulemaking for the Cleaner Trucks Initiative (CTI), created to control air pollution from heavy-duty engines.

Though it's now on hold due to the pandemic, and could be further delayed by the November presidential election, final rule has been set for July 2021, reported the National Law Review.

The agency may issue an advanced notice of proposed rulemaking next June for reconsideration of fuel efficiency and greenhouse gas standards for medium and heavy-duty on-highway vehicles and trucks.

The enforcement discretion in place because of the pandemic expired on Aug. 31, 2020. The expiration notes efforts to return to normal in certain areas of the country. Engine manufacturers face compliance challenges.

"Nothing in this letter changes any regulatory requirement and manufacturers should plan to complete all required testing and reporting as soon as circumstances allow," stressed the EPA.

The agency issued an advanced notice in January of this year, requesting pre-proposal comments on the CTI for highway heavy-duty vehicles and engines.

EPA maintained that the revised standards were the result of the significant contribution of heavy-duty vehicles and engines to NOx emissions and the need to reduce impacts to assist with compliance with National Ambient Air Quality Standards, according to the National Law Review. 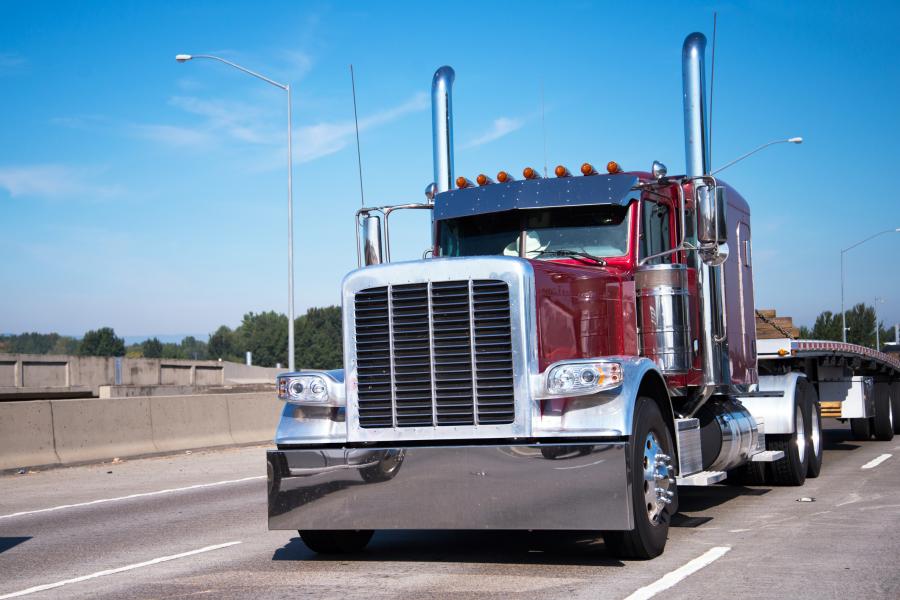 EPA outlined technologies available for diesel and gasoline engines from 2024 to 2030 and requested public input.

In announcing the advanced notice, EPA Administrator Andrew Wheeler said the agency "will modernize heavy-duty truck engines, improving their efficiency and reducing their emissions, which will lead to a healthier environment."

He noted the country has made major reductions in NOx emissions, "but through this initiative we will continue to reduce emissions while spurring innovative new technologies, ensuring heavy-duty trucks are clean and remain a competitive method of transportation."

"The trucking industry takes clean air seriously and has made significant strides in improving the nation's air quality over the last 35 years," he said.

Since 1985, newly-manufactured trucks have reduced NOx emissions by more than 98 percent, he said, "but our work is not yet done. These reductions have been possible because the EPA has worked with stakeholders — including the trucking industry — to help institute standards that are feasible, achievable and reasonable."

Sullivan added that ATA is committed to continuing to work closely with EPA on developing the next generation of low-NOx emitting trucks through the Cleaner Trucks Initiative.

"To this end, the trucking industry seeks one national, harmonized NOx emissions standard that will result in positive environmental progress while not compromising truck performance and delivery of the nation's goods," he said.

However, over the past year, the EPA has "gone to great lengths to fully understand how new policies may affect our members. OOIDA believes the agency's desire to avoid the mistakes of the past is genuine," said Todd Spencer.

"We're hopeful our ongoing conversations with EPA and the feedback our members will provide during the comment period will lead to the development of an acceptable new standard."

California May Set the Bar

Because of the pandemic, the Trump administration has put the brakes on the CTI for now. That has pushed the California Air Resources Board (CARB) to take matters into its hands and develop rules for on-road heavy-duty vehicles and engines that may go further than the Cleaner Trucks Initiative.

Despite pressure from both industry and lawmakers to pause the process, the state's omnibus low NOx regulation is moving forward. It is expected to reduce exhaust emission standards for heavy-duty diesel engines to 0.05 g/bhp-hr for model years 2024 to 2026, and 0.02 g/bhp-hr for model year 2027 and later, according to the National Law Review. The current standard is 0.2 g/bhp-hr.

In its comment to EPA's January advanced notice, CARB touched on the omnibus regulation, its timing and coordination with the federal government. The rule would be effective for model year 2024, and likely include the following elements:

CARB revised its proposed rule for the Advanced Clean Trucks Regulation on April 28, 2020. The regulation will affect on-road medium and heavy-duty trucks, and the agency's intention is to encourage manufacturers to move toward "widespread adoption of zero-emission vehicles."

Some vehicle classes could see as much as 50 percent zero-emission vehicle (ZEV) sales by 2030, according to the National Law Review. As part of the published, proposed revisions, CARB increased the number of ZEVs required to be sold across all vehicles groups beginning in model year 2024 rather than 2027.

The first of its kind, the rule requires manufacturers who certify on-road vehicles over 8,500 GVWR to make ZEV trucks as part of their fleets. CARB will use of a system of credits and deficits where manufacturers can achieve compliance with the requirements when the total credits retired offset total deficits.

The revision provides that manufacturers that fail to make up deficits and retire appropriate credits "shall be subject to Health and Safety Code section 43211 civil penalty applicable to a manufacturer that sells a new on-road vehicle that does not meet the applicable emission standards adopted by the state board."

The heavy-equipment industry is not taking proposed stricter emissions rules and regulations sitting down. In fact, in response to the "existing and emerging environmental laws and regulations affecting manufacturers and truck and crane fleets," the Specialized Carriers & Rigging Association (SC&RA) is formulating an Environmental Policy Committee.

The committee's role will be "to advocate for the industry and address policies and practices to help members comply and manage environmental programs," according to an announcement by the SC&RA.

Citing CARB's Advanced Clean Truck regulation requiring manufacturers to transition from diesel to electric ZEVs, SC&RA noted that 14 states have pledged to work with California on this initiative. 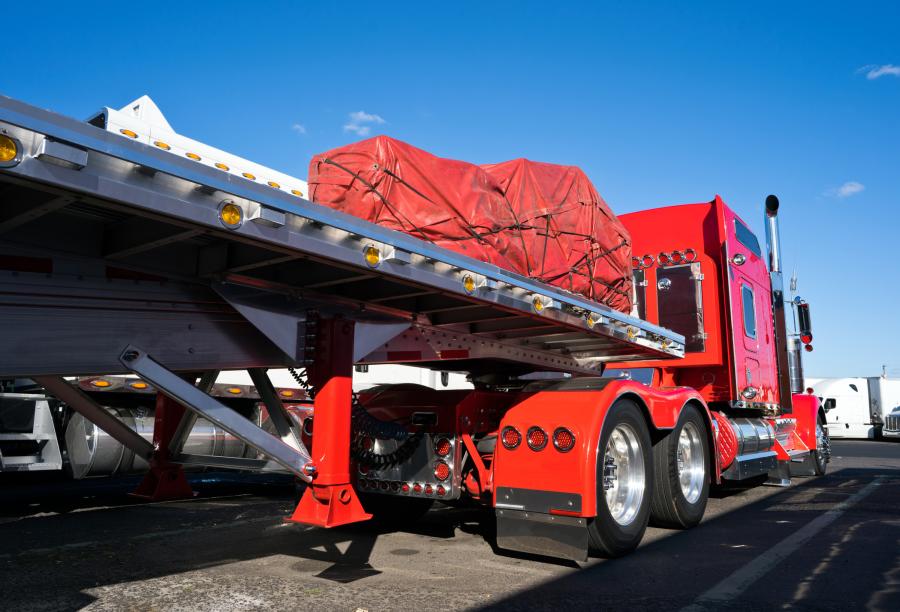 "Additionally, while many member companies have effective programs in place, some companies are examining more energy-efficient facilities to reduce the carbon footprint and lower energy and utility bills," the statement reads. The committee will guide member companies through these environmental challenges.

And, ATA officials expressed concern about the EPA's reopening of the second phase of its Greenhouse Gas Emissions and Fuel Efficiency Standards for Medium- and Heavy-Duty rule. "The EPA could be setting the stage for California to impose a de facto national standard, superseding federal rules," noted ATA.

"ATA is proud of our record on fuel efficiency and sustainability," said Chris Spear, president and CEO. "In large part due to our support for Phase 1 of the EPA's greenhouse gas rule, today's new trucks are cleaner and more efficient than ever."

He pointed out that the association worked closely with EPA and the National Highway Traffic Safety Administration on Phase 2, "to continue building on that success, but by reopening the rule to reexamine trailers and glider kits, EPA has opened the door to California taking the lead, and a more aggressive track, in setting trailer standards."

ATA believes a single national standard, set by federal regulators, is preferable to a patchwork of state standards at worst, or a de facto national standard that, at best, is set without the appropriate opportunity for the entire regulated community, many members of which are not based in California, to weigh in.

"As we have done over the entire course in developing the Phase 2 Rule, we will continue to work closely with both EPA and NHTSA as they reopen and consider changes to the final rule," said Glen Kedzie, ATA vice president and energy and environmental counsel. CEG