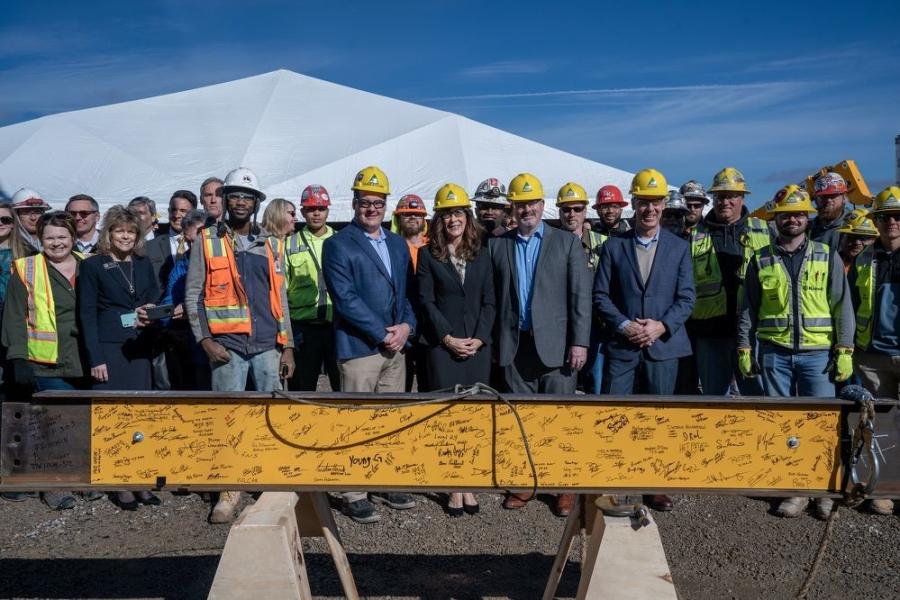 Chris Kelner, national director of preconstruction, said that Kiewit has added hundreds of employees in Colorado in the last year to meet demand, and he doesn't expect that to slow anytime soon. (Kiewit photo)

Kiewit Corp. has ‘topped off' its regional headquarters in Lone Tree, Colo. as members of the construction crew signed the final beam. This campus for the Omaha, Neb.based engineering and construction firm will act as a hub for its 900 Colorado-based employees.

Based in Omaha, Neb., Kiewit has been a big player in metro Denver construction. It was involved in the Union Station redevelopment and helped get construction of the Veteran's Administration Hospital in Aurora back on track. Currently, it is the main contractor on the $1.2 billion rebuild of Interstate 70 in Denver. 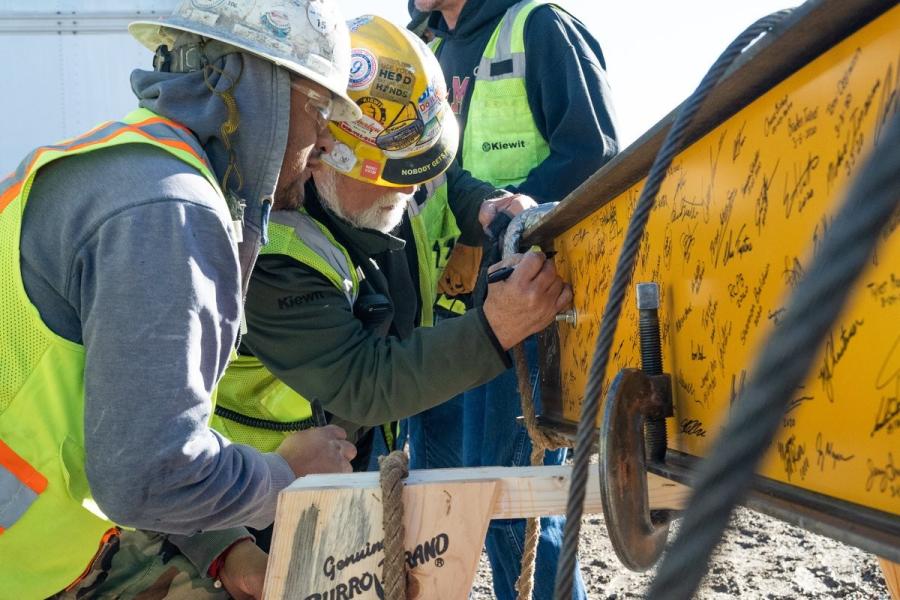 Kiewit National Director of Preconstruction Chris Kelner said that Kiewit has added hundreds of employees in Colorado in the last year to meet demand, and he doesn't expect that to slow anytime soon. Kiewit announced it would pick Lone Tree for its future headquarters in early 2019, largely for its ability to attract and retain talent.

The campus is located west of Interstate 25 at the Lincoln Avenue interchange, inside of the master-planned RidgeGate community. Phase 2 of the headquarters' construction is expected to break ground this summer. Kiewit has been involved in a number of large Colorado projects, including the I-25 expansion, Union Station transit improvements and Market Station.

Kiewit, under the code name Project Brother, received $18.65 million worth of state job growth incentive tax credits last April in return for a pledge to create 850 jobs over the next eight years paying an average annual wage of $109,630.