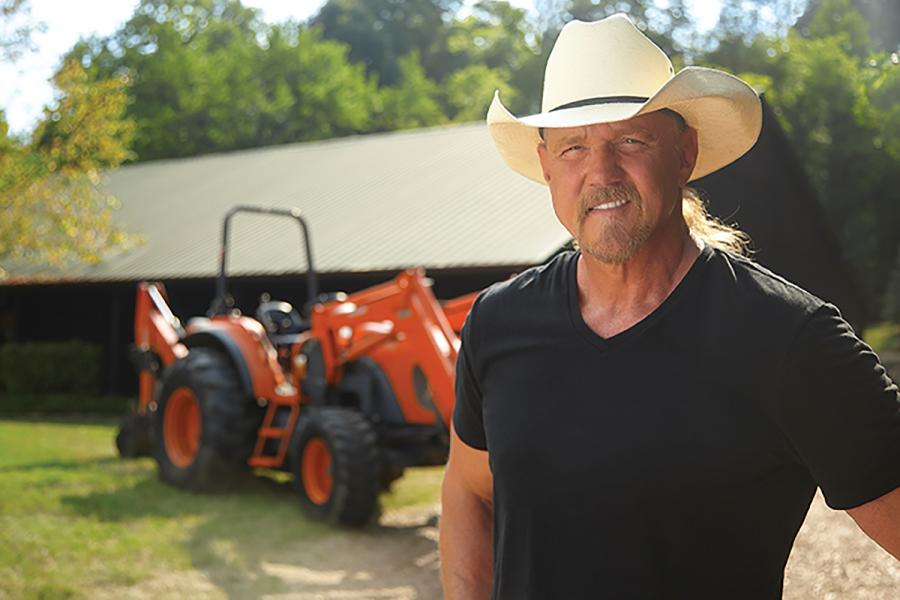 KIOTI Tractor has hit the eight month mark of it’s year-long promotion, the Power Through Tour presented by Trace Adkins.

KIOTI Tractor has hit the eight month mark of it's year-long promotion, the Power Through Tour presented by Trace Adkins. In October 2015, KIOTI Tractor alongside country music legend, Trace Adkins, announced their partnership, raffling off Adkins' personal KIOTI DK65 with attached front end loader and backhoe to benefit the Wounded Warrior Project®. Since the promotion's conception, the drawing has generated more than $28,000 for the non-profit thus far.

“It has been a humbling experience to work with Trace Adkins to pay homage to our nation's courageous service men and women,” said Peter Dong-Kyun Kim, president and CEO of Daedong-USA, Inc. KIOTI Tractor Division. “We are excited to finish the promotion strong, and are eager to see who will work their land using Trace's tractor.”

For a $25 donation to the Wounded Warrior Project, fans can enter to win Adkins' autographed KIOTI DK65 tractor and attached front end loader and backhoe. The promotion will close on October 19, 2016 at 11:59:59 a.m. EST and the winner will be announced within 30 days of the end of the Power Through Tour.

Catch Adkins' tractor at the Power Through Tour's last stops, including:

KIOTI Tractor and Trace Adkins' fans who are interested in getting the full Power Through Tour experience can visit http://www.kiotiandtrace.com. The site pays tribute to KIOTI and Trace's long-running relationship and includes behind the scenes footage of Adkins working his KIOTI DK65 on his Tennessee property.