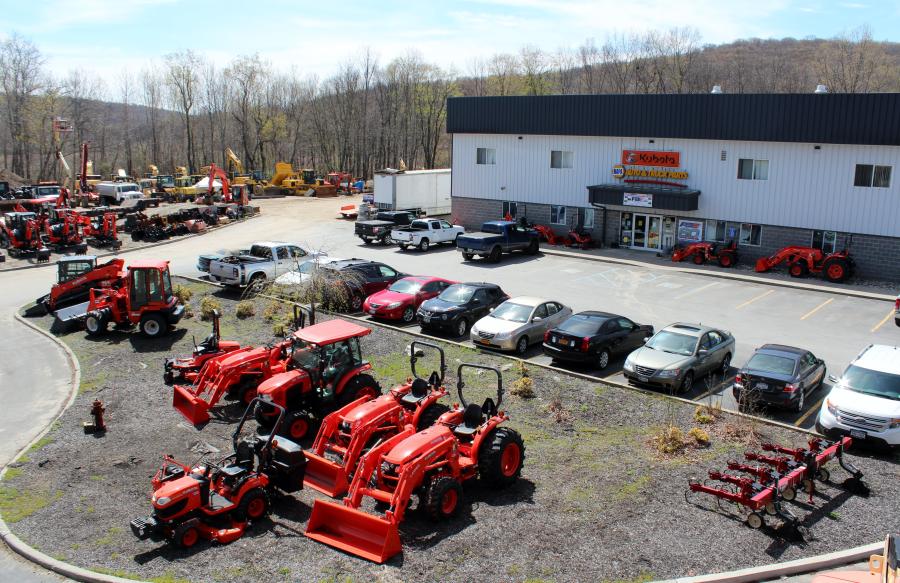 The PBE Group, consisting of Pine Bush Equipment Co. Inc. and East PBE Inc., entered into a purchase agreement Feb. 5, 2018, with Komatsu, through its subsidiary F and M Equipment Ltd., to purchase the assets of PBE group subject to a period of due diligence and final approval of Komatsu Ltd. (with the exception of the Kubota line of equipment and parts).

“The Boniface family felt strongly that this [purchase agreement] will strengthen the legacy our parents began as we celebrate 61 years in business, and although we will not be the owners, the Boniface Family remains deeply committed to you, your business, and our mutual well-being and success,” said Pine Bush Equipment in a prepared statement. “Over the years the business landscape will change. We must adapt and be flexible and responsive to these changes. We must do what's best for you, our esteemed customers and our group of dedicated employees.”

The Boniface family will remain with the operating companies.

“We understand that you, our customer, are our most valued asset,” the company said. “The employees you work with in our parts, service, rentals and sales departments will be here to support you as they always have; their level of quality service will not change.”

Pine Bush Equipment added that the goal of the agreement is to strengthen the company's reputation as a trusted partner. “We are now part of a much larger group of premiere distributors, which will increase our access to equipment and parts inventories available to you. We want to assure you we will be able to deliver greater value, service, support and innovation.”

For Komatsu America Corp., this is part of a strategic reinforcement of the distributor network. According to Komatsu, its goal is to place itself closer to the customer to “provide superior products, superior services and superior solutions.” Komatsu America Corp., a subsidiary of Komatsu LTD., the world's second largest manufacturer and supplier of earthmoving equipment.

Pine Bush Equipment, a family business started in 1956 when Edward “Ted” Boniface and his wife, Dorothy “Dot,” took a chance.

Ted was an excavating contractor in Pine Bush, NY, when the opportunity of a lifetime came along, one that he couldn't pass up. When Pine Bush Farm Implement — a local Case agricultural dealership on State Route 302 — was put up for sale, the couple knew what they had to do.

“When my dad first started this business he was an excavating contractor,” recalled Holly Bodnar. “He wanted a shop where he could work on his equipment. He built roads, ponds, foundations, things of that nature. In the early 1960s, his focus changed from being an excavating contractor to being a construction equipment distributor. As the agricultural business declined in the area, we moved into the construction end of it with Case in 1961.” 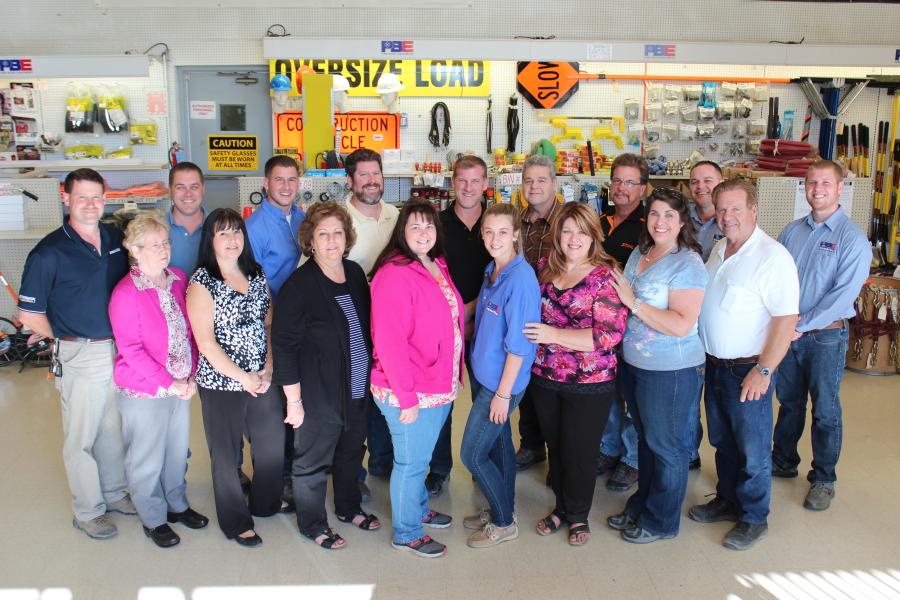 Together with his wife and a workforce of four other employees, Ted grew the business in a big way.

The Boniface children learned early that Pine Bush Equipment was a family affair. Their mother also was an active participant in the company's day-to-day operation.

“My mother played a significant role in the business, always. She did everything,” said Bodnar. “She worked behind the parts counter, in credit and collections. Customers still tell stories about her collection methods. She also would help with the equipment, drive the dump truck. There was no place she didn't work. And that was in addition to raising six children.”

Ted and Dot retired in 1985, selling the business to their children and then CFO Elmer Dyer, who had become a family friend.

The transition, however, didn't slow things down. The original branch was expanded again in 1985 to accommodate additional shop space and a light equipment showroom. In 1988, PBE opened a dealership in Newington, Conn., called East PBE Inc.

PBE's growth continued in 1990, when the company opened another store in Wappinger Falls, N.Y., which, in 2003, was moved to a new facility in Holmes, N.Y. 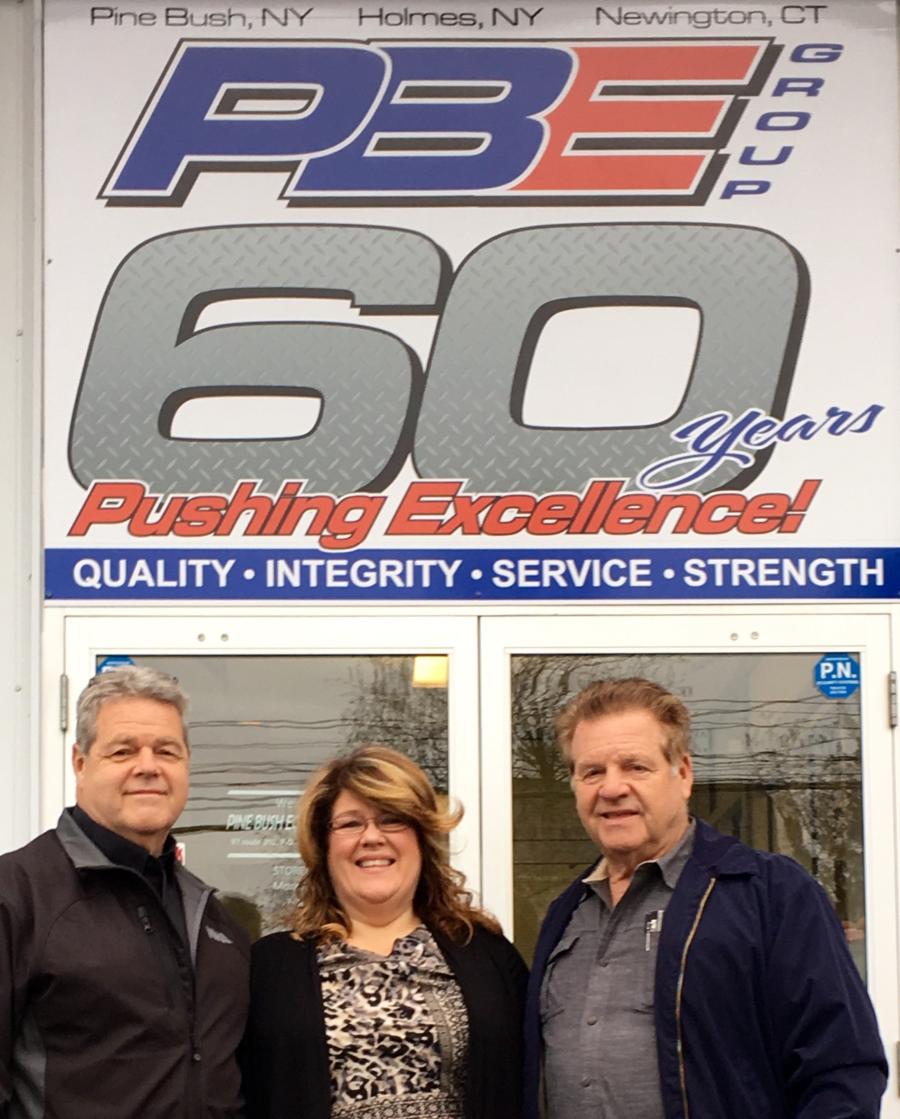 The purchase agreement with Komatsu represents a new chapter and opportunity for the more than 60-year-old equipment dealer.

“We thank you for your business, now and in the future, and look forward to the new opportunities that will enhance our business relationship,” the company said.