The city issued nearly 12,000 buildings permits through the first 10 months of its current fiscal year for a record $2.5 billion in projects. 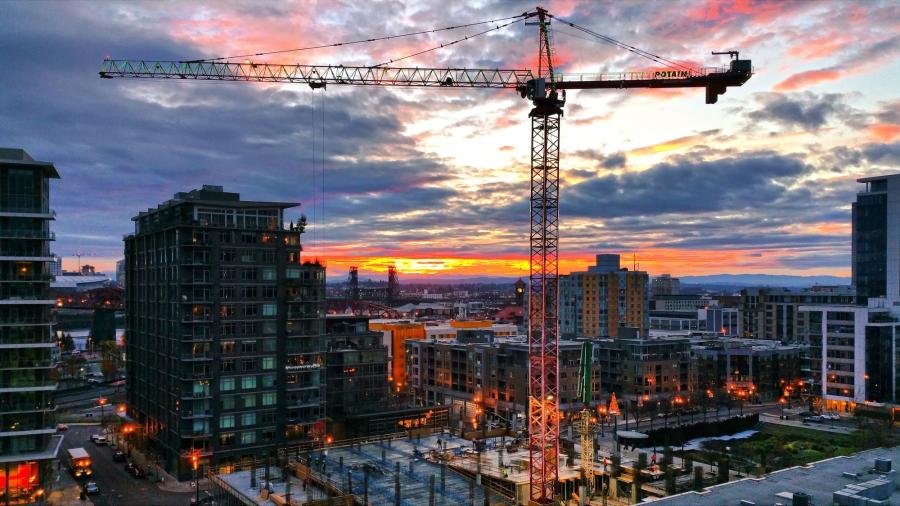 Twenty-one construction cranes currently dot the metro-area's skyline, the fifth most in the country and more than either San Francisco or New York.

John Killin pressed the panic button in February amid a multibillion-dollar tsunami of real estate development.

The building frenzy that lit up the Portland-area economy and changed the city irrevocably has depleted the pool of skilled construction workers. In a letter to fellow contractors, Killin warned of a "new normal" of chronic labor shortages.

"There are probably 10,000 open jobs out there," said Killin, executive director of the Associated Wall and Ceiling Contractors of Oregon and Southwest Washington. "We need 800 carpenters, we need about the same number of electricians. And there are 20 more trades."

Nearly a decade after the Great Recession, the long and frustratingly slow recovery has morphed into a barrage of development that by some measures surpasses the mid-2000s housing bubble. The city issued nearly 12,000 buildings permits through the first 10 months of its current fiscal year for a record $2.5 billion in projects, easily eclipsing the previous high of $1.9 billion set the year before.

Interviews with dozens of developers, construction company executives and union officials reveal a boom that includes all real estate categories, from high-end apartments in Portland's urban core to enormous data centers in the eastern Oregon desert. Fueled by strong in-migration and job growth, Portland should remain red-hot in the near-term, they predict.

Twenty-one construction cranes currently dot the metro-area's skyline, the fifth most in the country and more than either San Francisco or New York. The development mania extends north to Seattle, where a nation-leading 64 construction cranes are in action.

"This boom is unprecedented; it's absolutely unlike anything else I've seen in 50 years," said Bob Walsh of Walsh Construction in Portland.

But it's not all roses for the real estate set. Demand has slowed for the thousands of pricey apartments recently developed in the city. But most industry players remain confident the industrial and commercial sectors will compensate for the multi-family lull. The deals come at a furious pace:

Developers continue to make inroads in Northwest Portland's industrial sanctuary. Cairn Pacific is pushing ahead with its Slabtown development, a $1.4 billion reboot of the former Con-Way Trucking property. Nearby, under the shadow of the Fremont Bridge, Portland developer Project^ is building two enormous office buildings totaling 300,000 square feet.

Mortenson Construction will break ground next month on a $220 million Convention Center hotel in Northeast Portland, one of 15 hotels in the works in the city.

E-commerce titan Amazon has agreed to lease more than 1.1 million square feet of warehouse space -- think 15 football fields -- in Troutdale and Hillsboro in the past year. It also intends to complete three new data centers in the eastern Oregon towns of Boardman and Umatilla, which could exceed $1 billion in cost. Google and Facebook are also finishing up their own new data centers in The Dalles and Prineville, respectively.

Oregon Health & Science University, the University of Oregon and Portland State University are at work on or planning expansions worth more than $700 million.

The University of Oregon Foundation last fall embarked on a $70 million renovation of Hayward Field, the Eugene university's famed track and field venue. It was a plum job for a high-profile client -- worthy of any contractor's portfolio.

"We had difficulty finding any bids," said Paul Weinhold, chief executive officer of the foundation. "They were too busy. The bids we got were 10-15 percent higher than we'd anticipated. It's a little spooky."