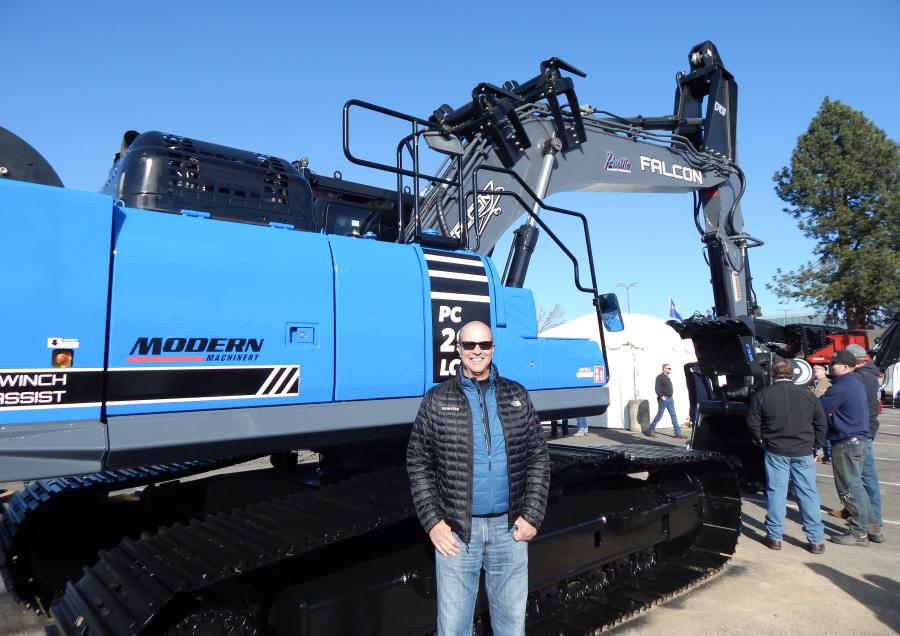 Cantrell, who is well known in the heavy equipment industry, has played a key role in building Modern Machinery into the successful business it is today, a sales and service leader.

Lamont, who is well known in the heavy equipment industry, has played a key role in building Modern Machinery into the successful business it is today, a sales and service leader.

"Modern has been fortunate to have Lamont's leadership, energy and passion for nearly two decades," said Modern Machinery Director Larry Simkins. "This opportunity for Lamont to lead at the highest level of the company is a testament to his commitment to the company. We look forward to working closely with Lamont."

Lamont got his start in the construction and mining industry in 1978 serving as the district manager of the newly-formed Komatsu America. He oversaw production in Ohio, Pa. and the Northeastern United States. Nearly a decade later, Lamont joined the retail side of the industry in 1987 as Construction and Mining Group Sales Manager for Anderson Equipment Company in Pittsburgh, Pa.

In 1997, he ventured to the Midwest where he took the position of general manager of Roland Machinery in Chicago. Fast-forward a handful of years later, and Lamont joined Modern Machinery in 2003 as vice president of sales and marketing, a role in which he held until his 2017 move as chief operating officer of U.S. Operations.

Lamont replaces Mark Fallon, who has been President of Modern Machinery since 2018. Mark, who also served as president of another Washington Company, Envirocon, Inc., is leaving to pursue an opportunity in the construction industry.