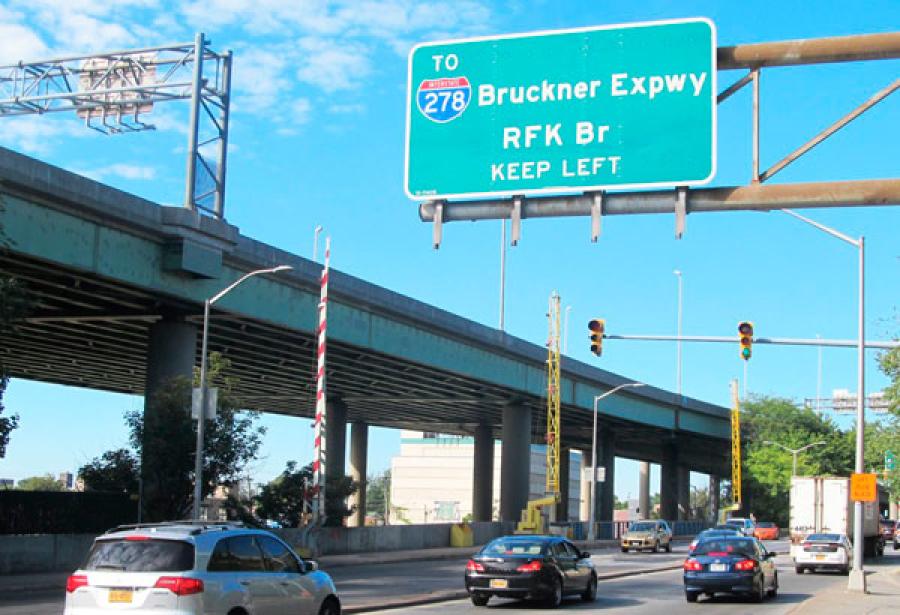 The Lane Construction Corporation, a U.S. subsidiary of Salini Impregilo, in a joint-venture partnership with Schiavone Construction Co. LLC, has won a contract for the Bruckner Expressway over Westchester Creek (Unionport Bridge) project located in Bronx County, New York.

The contract, valued at $232 million, is the first for Lane in the New York City area. It marks a historical milestone for the company as it continues to grow its footprint throughout the United States.

The project requires the complete replacement of the moveable "bascule" bridge. The construction of this bridge must be carried out in 10 stages and has a 48-month duration. The challenge in constructing this bridge is keeping the busy navigable waterway and critical arterial route open while replacing the entire bridge. The plan to accomplish this difficult task includes constructing two temporary bridges to maintain vehicle traffic, erecting the final bascule span in an open position, and accomplishing all work in the navigation channel within a critical time frame.

The Unionport Bridge carries between 50,000-60,000 vehicles per day on the Bruckner Expressway Service Road over Westchester Creek in the Unionport/Castle Hill/Throgs Neck sections of the Bronx.

This bridge, a relatively small but critical traffic connection, serves as not only an important local arterial and bus route, but also provides the only link between the Bruckner Expressway and Cross Bronx Expressway to the Hutchinson River Parkway and destinations north. The confined and challenging site is surrounded by the elevated Cross Bronx Bruckner Interchange. The main span is a drawbridge, "bascule", that opens for navigation along the commercial waterway to facilitate critical deliveries to a busy fuel oil depot at the head of Westchester Creek, along with recreational boaters.

The 65-year-old bridge, opened in 1953, is in very poor condition due to heavy traffic and its age. Historically, the bridge could not be taken out of service for any major repair due to its critical transportation function and has been forced to remain in continuous service.