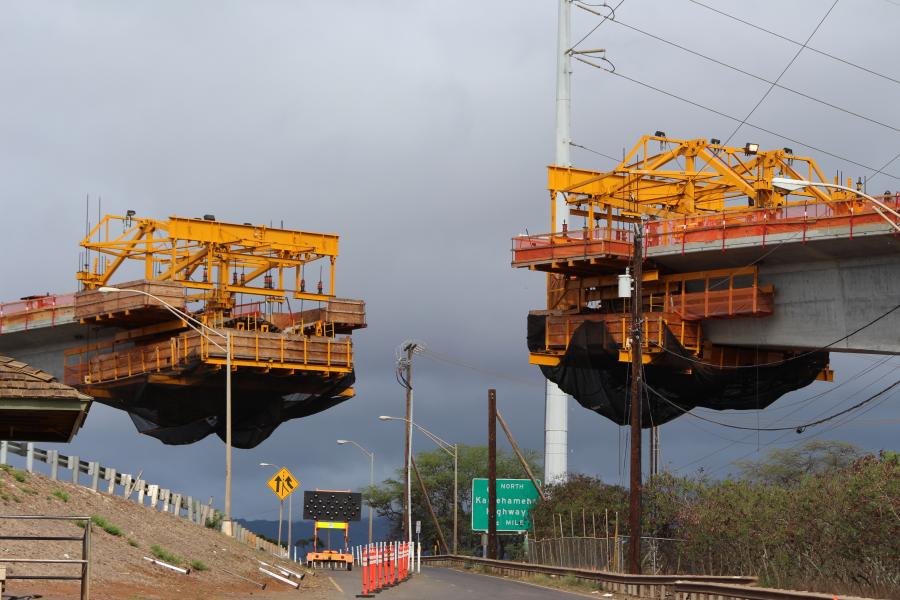 The state House of Representatives passed a bill to raise $2.4 billion in taxes to bail out Honolulu's financially troubled rail transit project.

The state House of Representatives passed a bill to raise $2.4 billion in taxes for the commuter train planned for Honolulu and nearby suburbs on the last day of a special legislative session.

The proposal previously passed the Senate and now heads to Gov. David Ige, who said he expects to sign it after a review.

The $9.5 billion rail transit line, one of the most expensive per-capita in the nation, is less than half built and faces a shortfall up to $3 billion.

Rail officials were up against a Sept. 15 deadline from the Federal Transit Administration to show they can pay for the project. Without that assurance, they risked losing $1.5 billion in federal money and possibility having to return about $800 million in federal funds already spent.

Critics have said the project is too costly and doesn't make sense on an island with high construction costs and a small population.

But ardent supporters said it will encourage affordable housing and transit-oriented development while providing relief to commuters on the west side, where drivers can sit in traffic for hours and there's only one route into urban Honolulu.

“This will dramatically improve the quality of life for the people of West Oahu,” said Democratic Rep. Matt LoPresti, who represents parts of Ewa on the West side.

The bill also would raise the hotel tax — also called the transient accommodation tax — statewide by 1 percentage point to 10.25 percent for 13 years, through 2030.

It also would increase the amount that counties receive from the tax from $93 million to $103 million.

“To come out here and then to go back to the neighbor islands and ask them to pay for rail is going to be very, very difficult,” said Democratic Rep. James Tokioka, who represents Lihue and other parts of Kauai and voted against the proposal. “People on the neighbor islands think Honolulu takes too much from the pot.”

“When an island needs help, we step up,” she said. “That is our job. That is what we're elected to do.”

The proposal also calls for more oversight of the rail project. It would require the state to conduct an audit, and money would be directed into a new state fund so the state comptroller could review expenses before doling out the money.

Republican representatives introduced floor amendments to cap money going to rail, exclude neighbor islands from the hotel tax increase, require a forensic audit to look for irregularities — not just an audit — and require that 10 percent of rail funds come from public-private partnerships.

All four amendments failed to pass.

Rep. Sylvia Luke said she understands the concerns of neighbor islanders, but an amendment limiting the hotel tax increase to Oahu and exempting neighbor islands would guarantee that not enough funds are provided for the rail line.