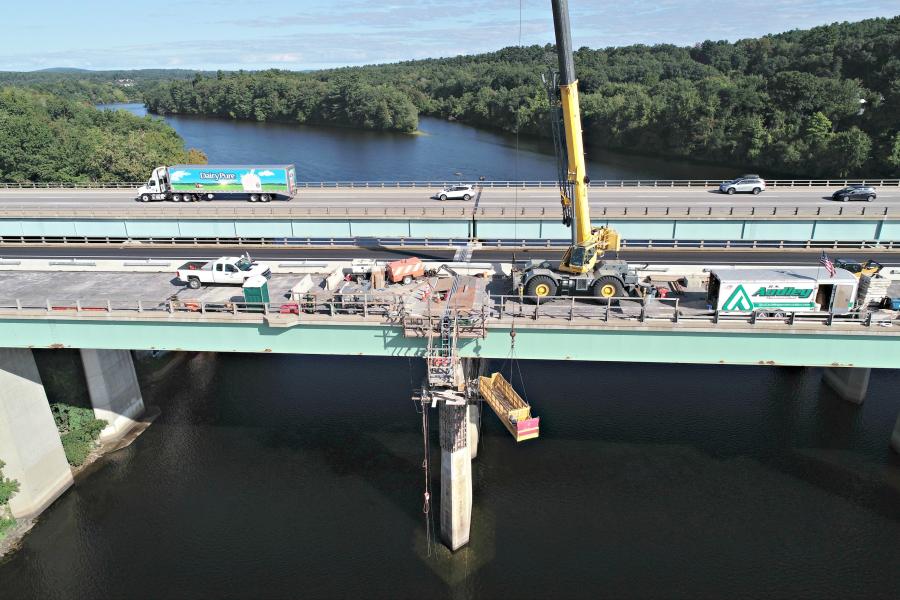 The rehabilitation of two bridges in Bedford and Manchester, N.H., is underway, with much of the work completed on one section of them.

The rehabilitation of two bridges in Bedford and Manchester, N.H., is under way, with much of the work completed on one section of them.

R.S. Audley of Bow, N.H., is the contractor on the $4.7 million project that is being directed by NH Department of Transportation. 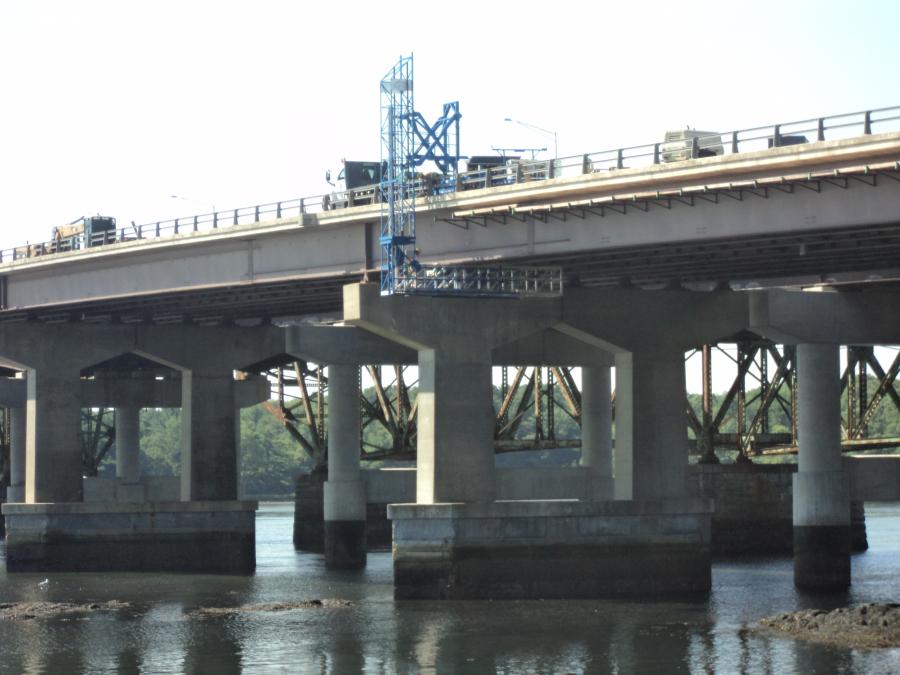 The work is being done on the Route I-293 northbound and southbound bridges over the Merrimack River in Bedford and Manchester. Each bridge is 914 ft. long and 55 ft. wide and carries three 12-ft. travel lanes.

Tyler Vaughan, a civil engineer of NHDOT, said, "The project included removing the bridge deck pavement and membrane checking the deck for concrete repairs and also piers 2 and 5 for concrete repairs. These two piers had bridge joints that needed to be replaced. The old joints had been leaking for some time with substantial decay in the concrete. With the excess decay, the amount of chipping was limited to small areas to keep structural integrity of the bridge while maintaining traffic above."

"The job was challenging because of the volume of traffic and limited access for pier rehabilitation work," said Scott Stevens, R.S. Audley bridge engineer. "We used an Anderson Hydra Platform under bridge access device, which was more flexible than a crane-mounted man basket, which we've used before."

The company also is using a Grove RT760E rough-terrain crane and a Blast It All Mfg. Workhorse Skid Steer Scraper. 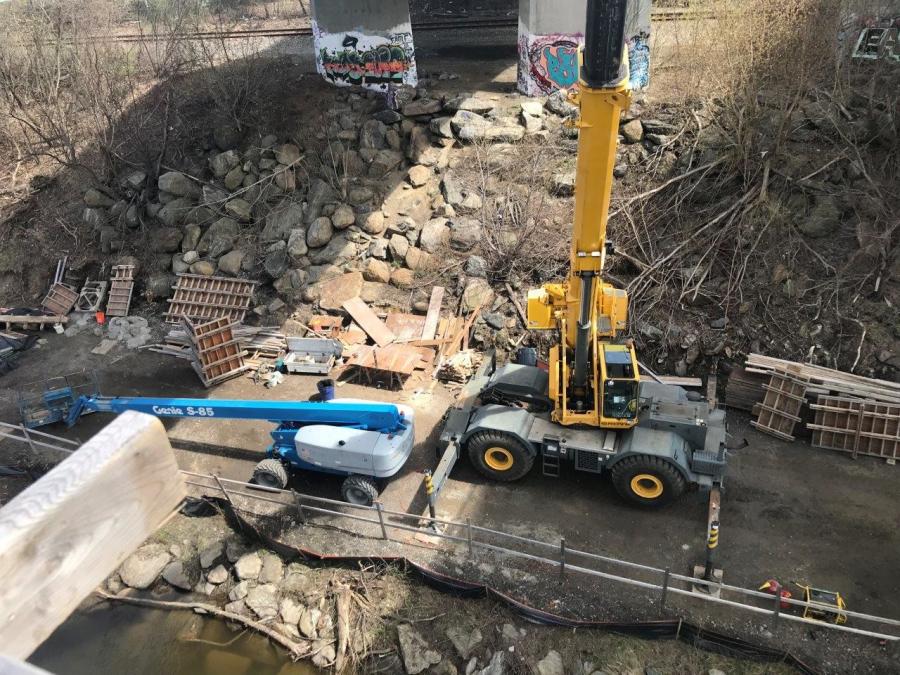 The bridges were built in 1958 and widened and re-decked in 1991, according to Jason Tremblay, senior project engineer of NHDOT's Bureau of Bridge Design. He said an inspection of the bridges showed that expansion joints were failing, which set up the current job.

"We chipped away to replace sections piece by piece so as not to degrade the extension joints," Vaughan said. "The piers have safety devices built in, so there is no danger to traffic."

"It should be 20-plus years before we have to preserve the bridge again," Tremblay said. CEG