Inside the air-conditioned cool of the park’s Miniland, some of the park’s more than 60 million Lego bricks can be seen in models of famous local architecture. 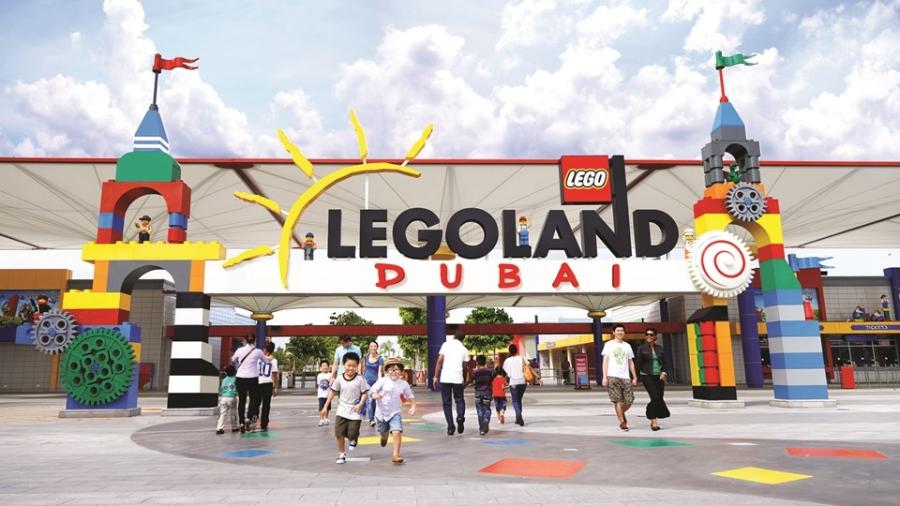 “A lot of things are happening already; we are not on our own,' Legoland Dubai general manager Siegfried Boerst told The Associated Press. “It's not that we're in the desert anymore.'

DUBAI, United Arab Emirates (AP) A massive amusement complex in Dubai's southern desert opened its first park on Oct. 31 — a Legoland with interlocking plastic blocks that both model the sheikhdom's architectural wonders and represent the first bricks laid in developing the expanse.

Much of the planned Dubai Parks & Resorts project worth over $3 billion remains under construction along the dusty highway connecting Dubai to the United Arab Emirates capital of Abu Dhabi.

In four years, however, Dubai's rulers envision 25 million people coming to the area as part of the 2020 World Expo, or world's fair. Dubai already has plans to one day handle more than 200 million passengers a year at the nearby Al Maktoum International Airport at Dubai World Central, as well as extend its driverless metro into these dunes far past its current terminus near the massive Jebel Ali Port.

“A lot of things are happening already; we are not on our own,' Legoland Dubai general manager Siegfried Boerst told The Associated Press. “It's not that we're in the desert anymore.'

Previously, the limits of tourist-friendly Dubai ended when the tall towers of the Dubai Marina gave way to the industrial expanse of power plants and aluminum smelters in the city-state's south. Now, both private and state-backed developers are rushing into the area ahead of the World Expo.

One of the biggest bettors on the area is Dubai Parks & Resorts, which plans a series of attractions over 9.5 sq. mi. (25 square km). Beyond Legoland, the complex plans a movie-themed Motiongate park, a Bollywood park, a hotel and shopping district and even a Six Flags by late 2019.

The company, trading under the name DXB Entertainments, lists its biggest shareholder with a 52-percent stake as Meraas, a firm backed by Dubai ruler Sheikh Mohammed bin Rashid Al Maktoum. Qatar Holding LLC, a subsidiary of Qatar's sovereign wealth fund, holds 11 percent of the company, according to data from the Dubai Financial Market stock exchange. The firm's stock closed down 6 percent Monday to 43 cents a share.

Dubai, already home to the long-haul airline Emirates, luxury malls and the world's tallest building in the Burj Khalifa, already is a tourist draw. Authorities hope to have 20 million tourists visit a year by 2020, up from 14.2 million overnight visitors last year.

Part of that involves broadening out Dubai's tourist charm from just hard-partying adults. Legoland fits into that, as does the recently opened IMG Worlds of Adventure indoor amusement park.

“There is so much more for the kids,' said Andrew Whitt of St. John's in Newfoundland, Canada, who took his family to Legoland on Monday. “It's nice to have more of this environment rather than just sit on a beach.'

But his family's quick duck inside an air-conditioned portion of the park showed the challenge facing the amusement complex. While Dubai is cooling down for the winter, its scorching summertime temperatures easily reach above 104 F with high humidity. Parts of Legoland offered covered walkways, but others involve walking in direct sunlight.

“We designed Legoland specifically with the climate of the Middle East in mind,' Boerst said. “There's shade all over the place, so people don't need to be outside in the heat for a long time.'

And inside the air-conditioned cool of the park's Miniland, the park's more than 60 million Lego bricks can be seen in models of Dubai International Airport, Abu Dhabi's Sheikh Zayed Grand Mosque, the Dubai Creek and even a version of India's Taj Mahal. One can even walk down a Lego-version of high-rises towering over the dozen-lane Sheikh Zayed Road in Dubai, complete with a running metro line.

At the center is a 58 ft.-tall replica of the Burj Khalifa, made of 439,000 Legos that took more than 5,000 hours to construct — complete with a skydiving Lego mini-figure.

“It's amazing. I'm an adult but I feel like a kid right now,' said Rajashree Vichare of Mumbai, India. “I want to play with every Lego toy right now.'