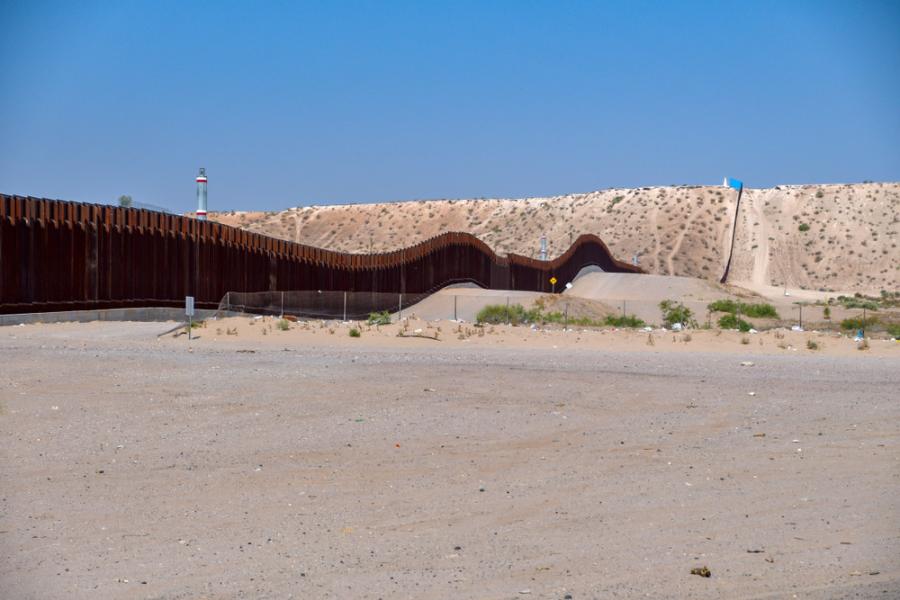 Three years into Donald Trump's presidency, the U.S. government is ramping up its efforts to seize private land in Texas to build a border wall.

Trump's signature campaign promise has consistently faced political, legal and environmental obstacles in Texas, which has the largest section of the U.S.-Mexico border, most of it without fencing. And much of the land along the Rio Grande, the river that forms the border in Texas, is privately held and environmentally sensitive.

Almost no land has been taken so far. But Department of Justice lawyers filed three lawsuits in December seeking to take property from landowners. On Dec. 17, lawyers moved to seize land in one case immediately before a scheduled court hearing in February.

The agency says it's ready to file many more petitions to take private land in the coming weeks. While progress has lagged, the process of taking land under eminent domain is weighted heavily in the government's favor.

The U.S. government has built about 90 miles (145 kilometers) of walls since Trump took office, almost all of it replacing old fencing. Reaching Trump's oft-stated goal of 500 miles (800 kilometers) by the end of 2020 will almost certainly require stepping up progress in Texas.

Opponents have lobbied Congress to limit funding and prevent construction in areas like the Santa Ana National Wildlife Refuge, an important sanctuary for several endangered species of jaguars, birds, and other animals, as well as the nonprofit National Butterfly Center and a historic Catholic chapel. They have also filed several lawsuits. A federal judge prevented the government from building with money redirected to the wall under Trump's declaration of a national emergency earlier this year. Also, two judges recently ordered a private, pro-Trump fundraising group to stop building its own wall near the Rio Grande.

According to a U.S. official familiar with the project, work crews discovered that the land was too saturated. The planned metal bollards installed on top of concrete panels would have been unstable because of the water levels in the soil, said the official, who spoke on condition of anonymity because the person did not have authorization to share the information publicly.

U.S. Customs and Border Protection declined to comment on the issue of saturation at La Parida Banco, saying construction there was "currently in the design phase."

In a statement, CBP says it continues to need a border wall for "the enduring capability it creates to impede and/or deny attempted illegal entries while creating additional time to carry out successful law enforcement resolutions." The agency says it plans by the end of 2020 to have 450 miles (724 kilometers) of walls built and another 59 miles (95 kilometers) under construction, "pending availability of real estate."

The Fifth Amendment of the U.S. Constitution requires the government pay "just compensation" to anyone whose land is taken for public use. But the government can deposit an amount it deems fair with the court, then seek to take the land immediately on the basis that a border wall is urgently needed. Even as border crossings have plummeted from record highs for families earlier this year, Justice Department attorneys argue the government needs to take land as quickly as possible.

"Time is of the essence," the lawyers wrote in the Dec. 17 motion.

In the case of the land targeted on that date, the government has deposited $93,449 with the court for 12.6 acres. U.S. District Judge Micaela Alvarez had not yet ruled on the motion.

Roy Brandys, an attorney for the landowners, said both sides were close to settling and allowing the government to take the land.

"When landowners disagree with the government over valuation, there is a transparent, court supervised process for determining just compensation," said Jeffrey Clark, an assistant attorney general, in a statement.

Ricky Garza is a lawyer with the Texas Civil Rights Project, which represents six landowners at various stages of the eminent domain process.

Some landowners support a border wall and have agreed to work with the government. Others worry about losing part of their property to a "no man's land" between the wall or the river. Several have vowed to fight as long as they can.

Garza pointed out that the Rio Grande Valley is one of the poorest regions of the United States.

"This is a severe use of government power against people who have very little," Garza said. "Our leaders say there's only so much money to go around. But then you see numbers in the billions appropriated for something that almost no one in the community wants."