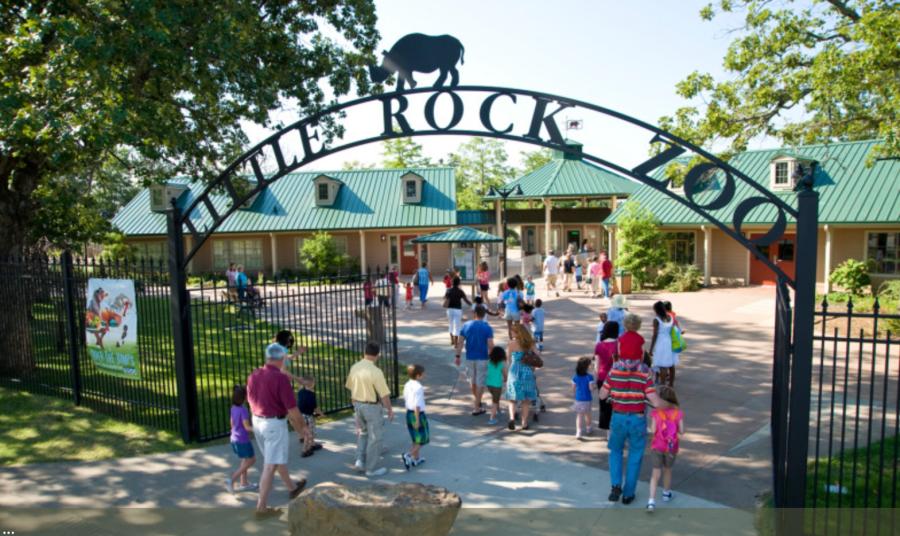 The director of the Little Rock Zoo is seeking the funds necessary to significantly upgrade the park. (Arkansas.com photo)

Faced with aged and outdated facilities, the director of the Little Rock Zoo made the case for raising the funds necessary to significantly upgrade the park at a June 8 public meeting ahead of the city's bond proposal up for a vote in August.

Because the zoo was founded in 1926, "we have a lot of old infrastructure — several old [Works Progress Administration-era] buildings that need rehabilitation, and a lot of other facilities that [require] major repair and replacement," said Susan Altrui, the zoo's director.

The Arkansas Democrat-Gazette reported her comments came during the latest in a series of public meetings Little Rock officials have arranged to share information and take questions about the proposed extension on three mills, or tax rates used to calculate local property taxes.

A special election on the tax extensions is set for Aug. 9.

The six categories of capital-improvement spending under the bond proposal are streets, drainage, parks (including the Little Rock Zoo), fire apparatus, expansion of the Little Rock Port industrial park and the construction of a new district court facility in the capital city.

With a combined maximum aggregate principal amount of $81 million, the two categories of streets and drainage are expected to encompass approximately half of the total spending under the $161.8 million bond issue, the Little Rock newspaper noted.

Together, the city's parks and the zoo will get bond proceeds in the maximum aggregate principal amount of $37 million.

At a Little Rock board of directors meeting in May, members voted 6-4 to reduce the funding allocation by 5 percent each for streets and drainage, while earmarking the balance to the parks category instead.

Some facilities at the Little Rock Zoo cannot be used and must be torn down, Altrui said, while others no longer meet modern zoological design, such as the bear habitat.

Zoo officials recently made the decision to demolish the park's small carnivore area, which dated back to 1967 and housed species such as foxes, caracals and a clouded leopard. She added that the zoo will soon razing its bear area too.

"We have to do better by [these] animals and provide better habitats for [them]," Altrui stated before telling her audience that most zoos have moved onto better areas and spaces than what the Little Rock Zoo currently offers its resident species.

The zoo wants to build better habitats for its animals while also enhancing the experience for both them and the park's human guests, she told the gathering. Any new construction should also provide a better educational experience for visitors, she explained, along with upgraded guest amenities and classroom space.

Altrui emphasized that the Little Rock Zoo is the only such facility in Arkansas, and an updated park means nearby hotels, restaurants and stores all benefit from tourists visiting the city's zoo.

The Democrat Gazette reported that Little Rock residents will be faced with six ballot questions in the August election and will have the opportunity to vote for or against them individually.

If approved, bonds will be issued in one or more series under the proposal and property taxes will not increase from their current level as a result, according to the news source.

The last time the three mills — each representing the dollar amount of tax paid on every $1,000 of the tax-assessed value of a piece of property — were extended via a citywide referendum was September 2012. At that time, voters authorized spending the bond proceeds on streets and drainage at a millage rate reduced from 3.3 to 3.0 mills.