LiuGong showed nine machines, including wheel loaders, excavators and road equipment, at the groundbreaking ceremony for the China-Laos Railway Project in Vientiane, Laos. 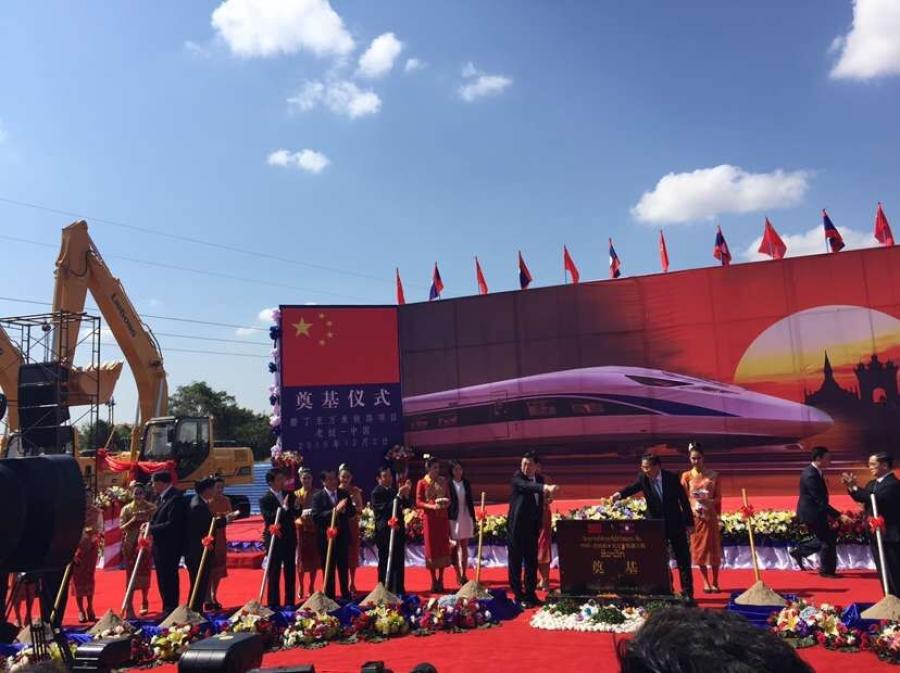 LiuGong showed nine machines, including wheel loaders, excavators and road equipment, at the groundbreaking ceremony for the China-Laos Railway Project in Vientiane, Laos.

This modernized railway starts in Kunming and travels southward to Jinghong and Mohan until entering Laos through the Laos' border city of Boten. It then travels past Luang Prabang and Vang Vieng before arriving in Vientiane. This route passes through one of the most extreme geographic and climatic regions in the world and more than 60 percent of the construction will be bridges and tunnels — 121 mi. (195 km) of 76 tunnels and 154 bridges, including two bridges crossing the Mekong River.

As a result, the project will need tough equipment that is flexible to work both in harsh environments and can deal with complicated construction requirements.

LiuGong can provide customers with a comprehensive solution, no matter what kinds of projects are: road, railway, airport and tunnel, or construction and maintenance. More importantly, LiuGong's machines are specifically designed to be reliable and easily maintained and repaired in remote and tough conditions.

“We will support our customers to control the machines very well and be an integral part of this ‘one belt one road' construction project,” said Luo Guobing.

LiuGong started its globalization path early in 2003, and now it has one of the strongest dealer networks globally to support its global business. In the Belt and Road countries, LiuGong has set up its business network in 62 of the 65 countries involved, and signed with its present dealer, Weikai Import and Export Trading Company, in 2012 and now it has grown into one of biggest distributors of construction equipment in the Laos market by offering sales channels, service and PR capabilities.

As the first official overseas construction project of China's Belt and Road Initiative, the China-Laos railway project will significantly boost the socioeconomic development of Laos, improve the nation's transportation and generate a lot of jobs for local people. It also will inject new momentum into the economy of China's southwestern regions.