Looking Back at the Construction of Mount Rushmore 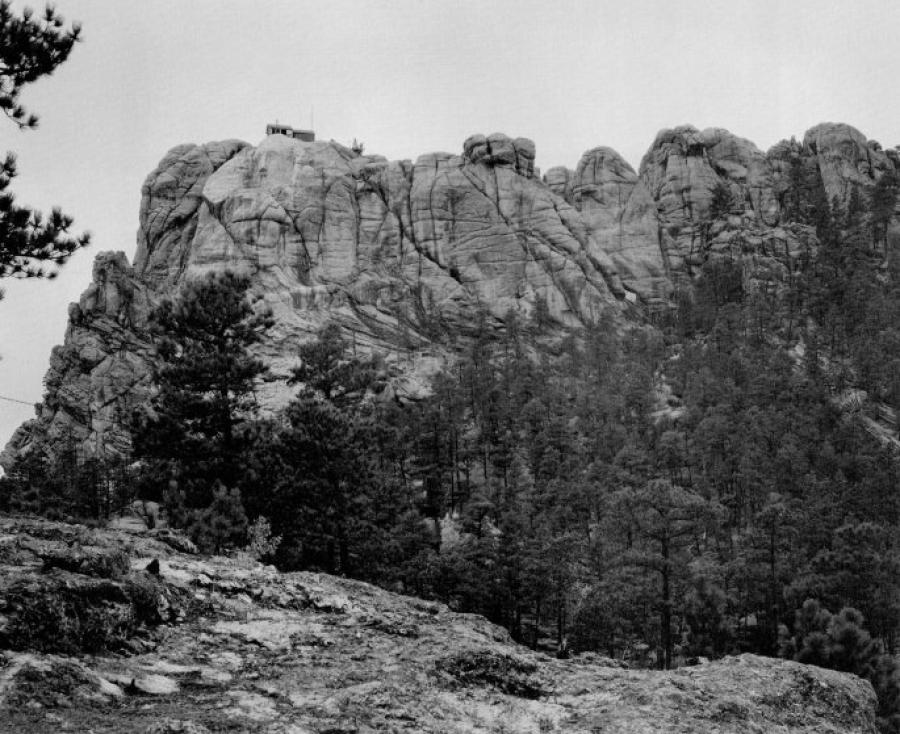 On Oct. 31, 1941 work ceased on the iconic Mount Rushmore monument, the massive South Dakota sculpture from which four of America's most beloved presidents gaze out over the landscape.

Though the sculpture did not yet match the original designs by sculptor Gutzon Borglum, by the time it was completed it had been in the works for years, as these photos show. According to the National Park Service, the 400 workers who made it happen had to climb 700 steps every single day, before beginning the dangerous dynamite work that earned them $8 a day.

But in fact, the 14 years of construction don't even tell the whole story. Borglum had been employed since 1915 designing a massive monument to the Confederacy in Georgia, but, after public support for that idea dwindled during the 1920s and he fell out with the funders, he was replaced on the project by another sculptor in 1925—at which point, “seeking employment,” as TIME reported then, he went to South Dakota to meet with prominent citizens about them hiring him to carve “historic figures” in the Black Hills, an idea that had been floating around since 1923. When he asked which national heroes those Dakotans could imagine on their hill, they named George Washington and Abraham Lincoln.

The project site was eventually selected at Mount Rushmore, and Theodore Roosevelt and Thomas Jefferson joined their fellow presidents in the plans. The project was underway. In 1927, President Calvin Coolidge officially dedicated the monument. Individual dedications for the figures took place in 1930 (Washington), 1936 (Jefferson), 1937 (Lincoln) and 1939 (Roosevelt).